Sports books have been identifying strange betting patterns and reporting the activity to leagues for decades without the need for any integrity fees.

Bookmakers have always handled the job of identifying match fixing

A match fixing case is currently under investigation by the French police after a Champions League game between Paris St. Germain and Red Star Belgrade saw unusual betting in France. According to reports, an official with Red Star Belgrade placed a bet on his team to lose by 5 goals. Paris St. Germain won the game 6-1 and because of the size of the bet and the large odds, the official stands to win over 5 million euros.  UEFA apparently discovered the bet as part of a memorandum of understanding it has with sportsbooks throughout Europe and reported it to the French police. The report also states that other leagues in Europe are investigating suspicious betting on their Champions League games too.

Match fixing of course is nothing new. Early cases of match fixing often involved the mob who bribed contestants to help throw matches or at least affect the result. The 1919 Chicago Black Sox scandal is perhaps the most well-known case of match fixing, although reports from the time suggests the clear majority of early cheating scandals were in individual sports like boxing and horse racing, since in those sports only one participant needed to take part in the scam for it to work. In fact, my grandfather once told me that when he was in his youth he recalled reading an article which suggested that more than half of the boxing matches (including heavyweight championship matches) were fixed. And a recent book written by ex-boxing manager Charles Farrell titled “Why I Fixed Fights” indicates he may be right. Farrell says he threw hundreds of fights for various reasons which included everything from trying to get his boxer better bouts in the future to, of course, making money. And he stated that all boxing managers do it. And scandals involving horse racing are well known. In fact, in harness racing, there is still a rule on the books that requires only a short suspension or fine for any driver who doesn’t try to win a race. In thoroughbred racing, the jockey can be banned for life for not attempting to win a race, but that rarely, if ever, happens. Most of the time jockeys are only banned for dangerous actions that threaten the life of a horse or other jockeys.

Starting in the 1950s, when sports betting became legal in Las Vegas and when illegal bookmaking was taking off in the UK (which led to the 1960 betting act), team sports fixing became more prevalent. In the UK most of the game fixing was in soccer and rugby, while in the U.S. it was mostly prevalent in college sports, particularly football and basketball. Mobsters knew that university students who likely wouldn’t make it to the professional leagues were easy targets and wouldn’t turn down the opportunity to make a great deal of money by simply missing a few shots or making bad passes. And in the UK, it was similar with the under-20s willing to help cheat to make quick cash. And most importantly, everyone knew that it was very unlikely they would be caught. Only the most observant eye could spot a fixed result and technology certainly didn’t exist to pinpoint any strange betting as it does today. I asked an expert in the field of sports monitoring what percentage of fixed games he believed were actually uncovered by decade and his response was “probably one out of every 10,000 games that were fixed before 1980 likely got any notice.”

Things changed in the 1980s when computers became far more powerful, and when sophisticated programmers were able to develop code to help spot likely incidents of match fixing due to unusual betting patterns. And this really became viable with the Internet, since bookmakers could view not only patterns with their customers, but with other books too. And with the introduction of in-play betting and a host of prop bets and exotic wagers many cheaters have looked to spot fixing as well. Unlike match fixing which affects the whole event, spot fixing may only involve one aspect of a game which on its own would go unnoticed, if not for strange betting patterns. An example of this may be a prop bet on whether the first pitch of a game will be a ball or strike.  Technically if a batter was in on the fix and had wagers on the first pitch being a strike, he could swing at the first pitch despite how bad the pitch is, or he could make a poor swing to ensure the result. No one would be the wiser since it’s only one pitch in a whole game and thus inconsequential.

I asked my friend who works for a sports monitoring company what techniques bookmakers use to identify match fixing or spot fixing and his response was that it was far too technical to explain for the article. But in layman’s terms bookmakers use complex mathematical models and analysis to spot strange betting patterns. Examples may include:

-   small bettors suddenly wagering heavily on a games
-   obvious patterns of collusion as numerous bettors’ wager on the same event either with one bookmaker or at a series of bookmakers
-   many bets on a relatively insignificant event
-   many new accounts being set up to wager on an event.

There are other signs as well and bookmakers are always adapting as cheaters come up with more ingenious ways to win.

Examples of recent cheating include a revelation in 2007 that jockey Keiren Fallon threw 27 races in a conspiracy with professional gambler Miles Rodger that resulted in over 2 million GBP being won at Betfair. Since Betfair was the first sportsbook to allow people to bet on horses to lose (i.e. by laying a bet) and since it’s person-to-person, rather than betting against the bookmaker, the fix was fairly easy. The conspiracy only came to light when authorities bugged Rodger’s phone line and the fix was revealed. Betfair’s software also highlighted some suspicious betting on those races. Fallon was suspended just two years for his actions, although to this day he denies he was personally involved. 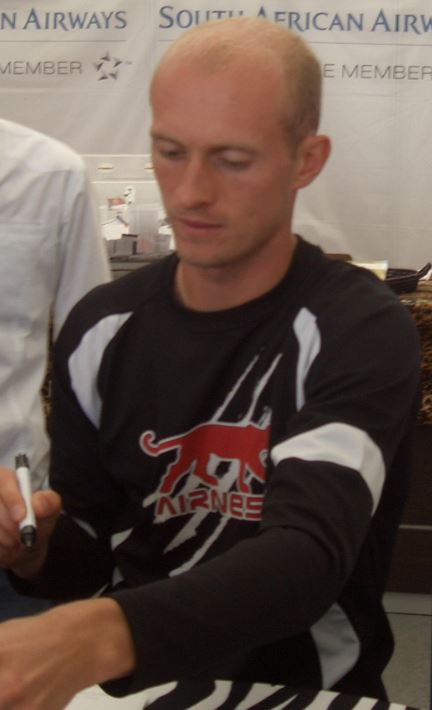 Another recent cheating scandal involved Nikolay Davydenko, a Russian tennis player, vs. Martin Vassallo Arguello for a minor tennis match in Poland. Arguello, who was clearly the inferior player saw many bets come in on him at Betfair that resulted in Davydenko’s going from a big favorite to the underdog. Davydenko, who was ranked 4th in the world, even had bets come in against him after he won the first set against Arguello. Davydenko retired because of an injury with Vassallo Arguello, who was 87th in the world leading 2-6, 6-3, 2-1. Betfair said they took in almost $7 million in bets on a match that usually may have brought in a few thousand. Instead of paying out the winners. Betfair investigated, said they suspected foul play and voided all the bets. The key statistic that bothered Betfair the most was that the bets were from only a few accounts, mostly based in Russia. Betfair turned over the investigation to the ATP with whom they had a memorandum of understanding, and the ATP eventually cleared Davydenko saying they couldn’t find any concrete proof of cheating on his part. Still none of the bets were paid. And according to personnel at Betfair they have investigated hundreds of tennis matches along with other sports whenever they believed there was something untoward happening. A Betfair spokesman at the time said that the protection of the bettors against illegal activity is their number one priority. For that reason, it seems that the number of attempts at match fixing has decreased significantly in tennis along with other sports since it’s much easier now for cheaters to be caught than in the old days.

When bookmakers do suspect match fixing they turn over their findings to the governing sports body who then decides how to handle it. UK bookmakers have memoranda of understanding with most of the European sports leagues along with the NHL and MLB. And most recently E-Sports leagues have been working with the bookmakers due to suspicion of cheating in those sports as well.

For those reasons, one must wonder if what is being done in Europe is enough to satisfy U.S. leagues as well and what would thus warrant the U.S. leagues now asking for an integrity fee to help them identify incidents of cheating. The bookmakers do all the work and then turn over their findings to the governing body. No doubt deciding whether to take matters into their own hands or turn it over to the police is their decision and may require some work, but hardly enough to warrant 1% of betting revenue. And legal sports betting only makes it that much easier for sportsbooks to do the work for the leagues. The Ted Donaghy betting scandal and the New Jersey NHL scandal (Operation Slapshot) that involved Rick Tocchet, Jeremy Roenick and Travis Green, all involved mobsters and illegal bookmaking operations. Had the bets been made with legal bookmakers the scandal would have likely been caught much quicker, without any real investigative work required by the leagues.

So, match fixing, and spot fixing are indeed problems in sports. They always have been and always will be. Fortunately, sophisticated programming, television replays and more observant investigators in sportsbooks has made match fixing harder and more likely to be caught. The key to success in stopping it rests with the bookmakers and leagues working in conjunction. It works in Europe as was witnessed with this month’s Champion’s League match and it has worked many other times in the past. The U.S. leagues likely deserve to be compensated when they have to put in some work to investigate match fixing when bookmakers point it out to them, but it should be on a case by case basis, and not at a set 1% fee from all bets made. More importantly all leagues including the NFL and NCAA must set up memoranda of understanding with legal sportsbooks to help them spot cheating. The NHL and MLB have already done so, but not working with the sportsbooks which the NFL and NCAA seem to have chosen to do, is only putting their heads in the sand and hurting their own cause.