What should Atlantic City and the state of New Jersey do in light of the new realities of declining casino revenues and a lackluster online gambling business.

Moody's recently announced that it expects several more Atlantic City casinos to close in the next few years. Caesars, Ballys and The Taj Mahal are already in trouble and have filed for chapter 11 protection but the other 5 casinos (Borgata, Golden Nugget, Harrah's, Resorts and the Tropicana) could be facing financial issues at some point too and face closure. To understand how Atlantic City got to the position it is now one must understand the history of the city itself.

Until World War II Atlantic City was a booming resort town. Because of its beaches, location close to several metropolitan cities and natural beauty Atlantic City became a major hub for vacationers, conventions and nightclubs. People came in on trains and by boat and Atlantic City became known as America's Playground. There were activities for both families and for adult entertainment. Several hotels were built on the Boardwalk and for those who were looking for a place to have fun in light of the prohibition era Atlantic City was the place. Speakeasies were prominent in the back of the restaurants and nightclubs where some visitors could drink, gamble and have fun with ladies of the evening. The laws of the land were effectively ignored as politicians took kickbacks in exchange for allowing these activities to take place. In many ways it's not much different than what's been happening in Macau today where Chinese Triads have operated and the Chinese government got rich by looking the other way from what's happening in Macau, as has been witnessed by testimony in the Sands Macau law suit which has been highlighted on this site. 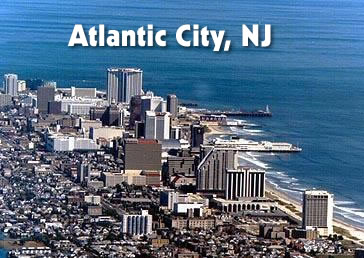 After World War II however things changed. Tourism declined, people started opting for more interesting and family friendly locales as the automobile became more available and hotel vacancy rates were very low. Moreover the city itself was allowed to go into ruin as crime became rampant and vagrants moved into many of the abandoned areas. The boardwalk was still somewhat popular but the rest of the city was viewed as just dangerous. In an effort to revitalize the city New Jersey voters passed a referendum to allow casino gambling in 1976 and immediately several casinos opened on the Boardwalk.

Resorts Casino was the first casino to open and several more casinos were opened by traditional casino operators, as well as Donald Trump, whose name soon became associated with luxury Atlantic City hotels. Concert and nightclub acts returned to the city, major boxing matches became an attraction and hotels were almost always at full capacity, mostly filled with visitors from Philadelphia, New York City and other large surrounding centers. As well, the city realized there was an advantage to attracting people from nearby cities for a day of gambling, so several hotels started offering red-eye junkets from major locales like Chicago, Detroit, Toronto, Montreal, etc., where for a cost of usually less than $100 people could fly on designated flights in the wee hours of the morning, be taken to the boardwalk to gamble their brains out for several hours, and then flown back to their own city later that evening, often arriving back on the last flight of the day. All forms of gambling were offered except sports wagering, which was only legal in Nevada. Atlantic City itself also didn't have racebooks. At the same time, while the boardwalk flourished, the rest of the city was still run down and unsafe. The city couldn't be bothered to fix those issues and simply told tourists to stay on the boardwalk if they want to be safe.

The plan worked well and the city was well visited and in 2003 Atlantic City opened up a new area for casinos in the Marina district, spurred on by the development of a 2.5 mile tunnel from the Atlantic City Expressway to the new resort area by the marina. The Borgata was the first casino to open in the new area and set record numbers almost immediately.

Things quickly changed, however, following the 'Great Recession' of 2008.

As states found they were struggling for revenue, they began to pass laws allowing casino gambling and cities began to open casinos of their own. Philadelphia opened a few casinos at their racetracks and later a stand-alone casino (Sugarhouse Casino), Delaware opened casinos at the racetracks in the 1st state and a significant casino opened at the Foxwoods resort in Connecticut drawing away many people who used to go to Atlantic City. People who used to venture to Atlantic City for a weekend getaway just stayed home to gamble at local casinos or online, where gambling wasn't yet legal, but was available. In addition, many Americans just gave up on gambling altogether as they deemed they had bigger concerns that had to be addressed and they didn't have the disposable income for gambling. The state of New Jersey tried to solve the issue by passing an online gambling bill in 2010 that would have allowed Atlantic City casinos to offer online gambling, but the bill was vetoed by new governor Chris Christie, who didn't want to be seen as the first governor to legalize online gambling, which he believed would hurt any presidential aspirations. A revised law was signed later by Christie after he dropped out of the presidential race but it was too late as casinos began to close.

Christie tried to convince many to stay open by offering huge tax incentives, but it wasn't enough and many notable casinos including the Showboat, Trump Plaza, Revel and Atlantic Club closed its doors. The Atlantic Club could have been saved as PokerStars offered to buy the casino, maintain jobs and fix the hotel so that it could offer its online poker product (as the new online gambling law required), but pressure from other casinos and particularly the American Gaming Association to block the sale because of "past wrongs" by PokerStars eventually led to the deal being nixed and the hotel ended up closing. PokerStars has since been given a license after being sold to Amaya and is expected to start up early in 2016. The state also tried to bring in sports betting in an effort to revitalize Atlantic City and its struggling racetracks but the courts, under pressure from the sports leagues, have blocked that endeavor and whether New Jersey will ever be allowed sports betting is still up in the air. 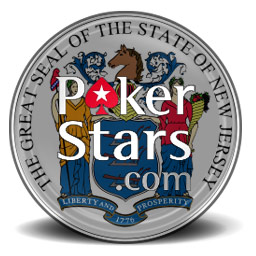 Online gambling has been somewhat successful for a couple of the casinos, namely the Golden Nugget and Tropicana, although revenues are nothing near what was projected, but the other casinos have struggled to attract online customers. And online poker in the state has been a dud. One of the companies offering poker (Ultimate Poker) gave up and other sites like WSOP.com and BorgataPoker.com, owned by Caesars and MGM respectively, have failed to get much interest. What many are realizing is that the population of New Jersey just isn't sufficient to generate huge revenue to the casinos as land based casinos do and since all casino play is intrastate there are just too many online sites catering to too few potential customers. As for poker, the product only works if the tables are full and volume is high, but with the few hundred people in New Jersey interested in poker the tables are almost always empty (particularly during regular business hours). There is hope that PokerStars will change that when they start operating, but that is unlikely since they can't attract their worldwide customer base nor can they appeal to players who previously played at the site or players in other states.

So the question what should Atlantic City and the state of New Jersey do in light of these new realities?

Atlantic City is clearly in a free fall and Moody's has rightly pointed out that the decline will continue as other neighboring states continue to build casinos in an effort to generate revenue. New York City is even proposing a major casino and Philadelphia is in the process of building a 4th casino. And now Governor Christie is proposing taking off the Atlantic City monopoly and allowing other cities in New Jersey like Trenton and Newark to offer casino gambling as well.

The thought of giving up on the casino industry in Atlantic City is a no go for some given the amount of effort put into building it and the number of people the casinos employ, but sometimes giving up is the only real solution. Blockbuster had to close shop as they realized there was just no more demand for video rentals and Kodak had to move in a new direction and close their main business because digital cameras made film and film based cameras obsolete. As a result Kodak moved into digital imaging and printing.

Even people have had to make choices. A lot of lawyers who can't find jobs decide to do something else instead of pursuing a career that will never net them any money and professionals who have degrees in areas like Library Science have realized they have to give up on their chosen path and pursue a different one because the demand for their services no longer exists in this internet age. It's always a tough decision but there's no use beating a dead horse because it's not coming back to life. So the best solution for Atlantic City is probably to give up on the casino industry and look elsewhere.

The city still has much to offer but it suffers from issues of crime, poverty and lack of infrastructure which was never addressed and must be if the city is to ever thrive again. In the early 1990s Rudy Giuliani realized something had to be done to revitalize Manhattan to attract more tourism so he increased efforts to fight crime, closed down many of the unsightly sex shops and head shops, made efforts to stop the homeless from openly living on the streets and redeveloped Times Square and other areas of the city including Harlem. As a result of these efforts tourists started returning to the Big Apple and today New York City is one of the biggest tourist destinations for families, if not the biggest. If Atlantic City made a similar effort there's really no reason it couldn't regenerate a lot of the pre World War II interest (particularly on the Boardwalk) and there could still be a casino or two maintained in the Marina area for those who want to gamble. But hoping people will return without making an effort obviously won't work.

The city of Atlantic City and the state of New Jersey are at the fork in the road, but the answer of which road to take is fairly clear. If they want to try and revitalize the city they can clean it up, give up on the casino industry and create new ways to attract tourists, conventions and families. The other option is to simply throw up their hands, declare Atlantic City is no longer viable and turn it into a northern ghost town. The one option that is not viable is to continue as is and hope that things will change and the casino industry will turn around. Unfortunately for Atlantic City that ship sailed when neighboring states put up their own casinos. And make no doubt about it, Pennsylvania, New York, Delaware adn other neighboring states will have online casino wagering soon too and take even that monopoly away from New Jersey.