The second Republican debate ran turned to the issue of casinos and gambling and Rand Paul and Donald Trump have no problem showing their support.

When media started analyzing the Republican debate held on Wednesday at the Ronald Reagan library the sparring between Rand Paul and Donald Trump over looks and the comments by Carly Fiorina regarding Trump's comments on her looks garnered most of the attention. But for those with an interest in gambling the attacks against Trump about a failed casino bid in Florida and closed casinos in Atlantic City were of most interest to them. The issue regarding gambling was raised quickly in the debate when the politicians were discussing catering to special interest groups and Jeb Bush called out Trump for doing just that in trying to use his influence and money to convince Bush to allow him to partner with the Seminole Indians in building a casino in Florida. Bush was trying to show that as a governor he could not be influenced by money and the same would hold true as president.

"He supports Pelosi, he supports Schumer, he supports Clinton," Bush said, listing Democrats that Trump has financially supported in the past, "and he asked Florida to have casino gambling, and we said no."

Bush continued, "The one guy that had some special interests that I know of that tried to get me to change my views on something—that was generous and gave me money—was Donald Trump," Bush said. "He wanted casino gambling in Florida."

"I promise, if I wanted it, I would have gotten it. Believe me I know my people."

There's no question that Trump indeed tried to get casinos in Florida even if he didn't ask Jeb Bush directly. Trump held a fundraiser for Jeb Bush in 1997 in his run for governor raising $500,000 and his company donated $50,000 to the Republican Party in the same year. And in 2005 Bloomberg News indicated that Trump did everything in his power to get a partnership with the Seminole tribe to build a casino but had to back down because of Bush's refusal to budge on his anti-casino stance. While he didn't ask Jeb Bush directly to allow his company to build a casino he did push for them through 3rd parties. Bush, who served from 1999 to 2007, staunchly opposed casino gambling and headed the group "No Casino" whose aim was to 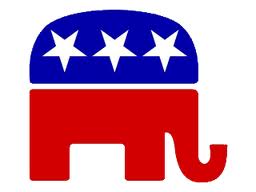 ensure that casinos would never be opened in the state. The Seminole Tribe eventually did open the Hard Rock Casino in 2004 but were limited in games offered, namely poker rooms, bingo and machines that looked like slot machines but were based on bingo which is considered Class II gambling. Apparently that's all they were entitled to per the agreement they had with the state. The Seminoles wanted real slot machines and card games such as blackjack as well as roulette which would be Class III gambling and tried negotiating a compact with Bush but Bush blocked it. When Bush was eventually replaced by Charlie Crist in 2007 the Seminoles worked out a deal with Crist to allow Class III gambling at the casino for a reported $100 million per year. The state attorney tried to have that type of gambling stopped arguing the constitution doesn't allow Crist or the Seminoles to sanction that type of gambling, and the Supreme Court even ruled Crist's decision was unconstitutional but the casino continues to offer all forms of games unimpeded. Clearly the courts aren't interested in a fight with the Seminoles at this time.

The right wing media, who clearly do not support Trump for president, have tried to applaud Bush for his "win" against Trump at the debate and to show that Trump isn't as powerful as he thinks he is. But what they fail to address is whether Bush was right to be so vehemently opposed to gambling in the first place. After all, the Hard Rock Casino has been a huge success for the state reaping millions of dollars for both the Seminoles and state coffers and polls seem to indicate that Florida's citizens support more gambling. While it's true that voters rejected expanded gambling in a 1986 referendum, since then they voted in favor of allowing slot machines at jai alai, horse and dog tracks in Miami and Broward County and Broward residents even agreed to slots casinos all while Bush was still governor. And more recent soft polls seem to indicate they would now support all forms of casinos in Miami considering the success of the Hard Rock casino in Orlando and the growth in gambling across the U.S. Moreover, the anti-gambling position of Jeb's brother when he was president did little to curtail gambling in the U.S. since most states have expanded gambling since George W Bush left power and if anything has only alienated American gamblers from the Republican Party. Surveys done by US Gaming Services on the topic as well as other similar studies have indicated that many former Republican voters will never vote for that party again because they blame George W Bush and the Republican Party for the passing of the UIGEA which caused many of their favorite websites to stop offering gambling to U.S. citizens. In fact I recall well a comment by a diehard Republican to me after Pinnacle Sports announced it will no longer accept U.S. citizens:

"These self-righteous, hypocritical assholes have received my last vote. Every generation before me voted Republican in my family. My great grandfather ran for the party, my grandfather and father worked for the party and until now it was never even a consideration who I would vote for. For over 30 years every vote was cast for the Republicans but that comes to an end now. Some drunk, drug using hypocrite passes a law to stop me from doing a legal activity which I enjoy? And for what? It isn't a good law for America and it isn't what the people want. I'd piss on my ballot before I'd cast a ballot for a Republican again."

So Jeb Bush may have indeed "won" against Donald Trump in blocking his plan to build a casino with the Seminoles but his decision was not one made for the welfare of the state, especially since gambling in Florida is as strong and profitable as it ever was, but rather for personal moral reasons which is never a good reason to pass or block legislation.

The second time in the debate gambling was brought up was when George Pataki attacked Donald Trump for the bankruptcies of his casinos in Atlantic City in the debate for those lower in the polls and later Carly Fiorina attacked Trump on the same issue in the main debate saying he ran up a mountain of debt in the casinos leading to the bankruptcies. Fiorina was defending her record at Hewlett Packard when the company laid off 30,000 employees leading to the attack when she made that statement.

Trump defended the casinos saying that he hasn't been involved in those casinos for a while and got out at the right time. He also said using bankruptcy laws to restructure is good business.

Trump of course was mostly right in this attack against him as well. While the Trump casinos have been a disaster, so too has everything on the boardwalk. Back in the 1980s when the casinos were built, the Atlantic City boardwalk was the place to go in the Northeast since it was the only place to legally gamble. As such people from New York City, Philadelphia, Connecticut etc. would drive to Atlantic City for weekends away and people from as far away as Toronto, Montreal, Detroit etc. would take cheap junkets or red eye flights and gamble to their heart's content. But in recent times casinos have opened up everywhere. There are several casinos in Philadelphia (arguably the biggest draw for Atlantic City in the 1980s), and both the Mohegan Sun and Foxwoods casinos are much more conveniently located for those in New York, Connecticut, Pennsylvania and so forth. Plus casinos all across Canada and Michigan have swayed people away from Atlantic City. More importantly while there was a push in recent years to try and revitalize Atlantic City casinos it was all done in the Marina Bay area and the Boardwalk casinos were left to die. Almost every casino on the Boardwalk was ignored and Trump sued to have his name taken off the Trump Plaza hotel because it was not kept up at all, an agreement he demanded when he sold the hotel but allowed his name to continue to be used for a licensing fee. Fiorina defended HP's decision to let go 30,000 saying she came in at a tough time but almost every issue that has led to the closing of casinos and layoffs at the Trump Plaza and Taj Mahal casinos were beyond Trump's control and also occurred during a tough time for that industry in Atlantic City.

It thus seems clear from the debate that the majority of Republican candidates will run on a platform of saving Americans from the evils of gambling but as Ron Paul stated in an editorial in U.S. News just last week this platform could be a disaster for those candidates:

"Libertarian-minded millennials agree with conservative attacks on liberal nanny state programs like gun control, Obamacare and Michelle Obama's school lunch program. However, they are alienated by the hypocrisy shown by too many conservatives who claim to favor individual liberty, yet support legislation like the iGaming ban because they disapprove of gambling. A "conservative" nanny state is just as unconstitutional, and as dangerous to liberty, as a liberal one," Paul wrote.

"Those with moral objections to gambling have the right to try to persuade their fellow citizens to not gamble. What they do not have the right to do is use government force to stop people from engaging in activities, like gambling, that do not involve force or fraud."

While Paul was referring to the proposed sanctioning of Sheldon Adelson's Restoration of America's Wire Act bill which is currently being championed by Lindsay Graham and Marco Rubio the comments can also be applied to other forms of gambling. This vote will come down to young voters and those on the fence, i.e. those who hate Obama and the current crop of Democrats but also hate the neo-conservatism of many of the Republicans as well. Speaking to many Americans recently it is clear they long for the days before Ronald Reagan when the Republican Party concerned itself with fiscal conservatism and personal liberty and were not in bed with the churches and governed by personal moral beliefs. And unfortunately it is clear that Donald Trump is the one candidate in the Republican Party who has that agenda in mind. It's not all that surprising therefore that despite his boorish antics and personality, Trump is still ahead in the polls.