Four sports leagues that could struggle due to Covid-19 shutdowns

Hartley looks at the impact of the coronavirus shut down on smaller sports leagues and fears that four leagues and teams may be in jeopardy.

The fate of several leagues and teams could be heavily impacted as a result of COVID-19. The loss of gate revenue, ancillary revenue and TV exposure and advertising could force some teams or even leagues into a situation where they simply can't survive. In fact, several analysts have said that it's almost certain that at least 40 minor league baseball teams may have to fold operations. While major league baseball teams pay the salaries of their minor league affiliates, it is still up to the minor league teams to pay things such as rent, overhead and other costs associated with running a baseball team and without any gate revenue and sales of concessions and souvenirs, the teams may not be able to survive.

Some teams are barely surviving as is and in November the New York Times released an article that indicated MLB was preparing to eliminate up to 42 teams from four rookie leagues - the New York-Penn, Appalachian, Northwest and Pioneer. However, with COVID-19 implications it is expected that many AA league teams could be in trouble too. For now, there is likely enough money and need to save the AAA franchises. Although, if the crisis carries into the next season, as some health experts say is possible, it is almost certain that far more teams will have no choice but to re-evaluate their feasibility as a growing concern. This is especially true as the economy will be decimated leaving many Americans with far less disposable income to use on things like tickets and souvenirs.

The question that many are asking, however, is whether there are any professional leagues or teams that could be in trouble if COVID-19 eliminates a full season. And the answer is unquestionably yes. Speaking to various analysts, the following four leagues have been described as in danger under those circumstances:

The XFL first started in 2001 as a joint venture between the WWE and NBC to air football games while the NFL was on hiatus. The league made several changes to traditional NFL rules and promised a more WWE type of event filled with guaranteed excitement, hard hitting and the promotion of betting on the sport. And the announcers were far more energetic and colorful than traditional NFL announcers. This brought some intrigue and the first game attracted 14 million TV viewers (although live crowds were small), a very respectable 9.5 Nielsen rating. It dropped to 4.6 the following week and within four weeks very few people were watching, as Nielsen ratings were hovering around 1.5. The games were deemed to be boring, the announcing worse and the gimmicks such as Rod Smart wearing a shirt that said "He Hate Me" as childish and irrelevant. After the season ended both the WWE and NBC lost $35 million and NBC indicated that if the league continued for a second season, they would not be broadcasting the games. Rather than flogging a dead horse, the WWE and XFL agreed to simply cancel the project and abandon the league.

In 2020 Vince McMahon decided to reboot the league. His own company Alpha Entertainment (a separate entity from WWE), owned all eight teams in the league and he set up separate agreements with ABC, ESPN and Fox Sports to air the games. The new league made several changes to the kickoff and punt rules, had different point values for extra points following a touchdown (the play has to be a scrimmage play and the longer the try the more points it is worth) and new overtime rules. The league also used a continuous clock like soccer and increased the number of game officials. As well, the XFL reached a partnership agreement with DraftKings to create odds on the games and a fantasy market.

Like the first time around, the first week TV viewership numbers were fairly good, but they quickly tapered off. By week four they were down to about 1/3 of the Week 1 viewers. Attendance wise, the figures were quite good and increased in weeks two and three, only to decline in week four. But there have been reports that the numbers were inflated, since a large portion of the seats were giveaways. Even still at about 15,000 to 20,000 people per game, those figures hardly indicated great success.

With the league suspended after week four, the question is whether it can survive COVID-19 or whether there is even a desire to do so. It's almost certain that Vince McMahon will lose money this year and with the season cancelled, the losses will be significant. The reception for the product was not that strong and it’s apparent the majority of U.S. sports viewers just don’t care about football that much after the NFL ends. That said, it has been reported that Vince McMahon has invested almost $350 million of his own money into the project and despite being worth almost five times that amount it is hard to determine whether he would be willing to give it another shot next year or whether he will simply say that COVID-19 claimed one more death – that of the XFL. 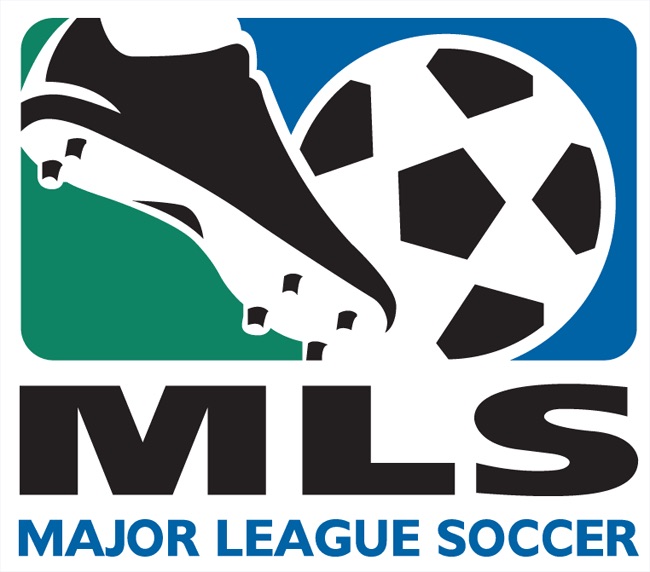 While the European soccer leagues have nothing to worry about with the lockdown, given most teams are larger than NFL franchises, the same can't be said for Major League Soccer. Unlike the Premiere League or Bundesliga, Major League Soccer only receives $90 million per year from the major networks. Consequently, the league relies mostly on gate revenue and things like souvenirs and concessions to keep going. While teams like Atlanta United, L.A. Galaxy and Seattle Sounders will have no problem overcoming the COVID-19 shutdown, it could be far more daunting for teams like the Montreal Impact, Columbus Crew or Colorado Rapids, who have far less operating income and are actually operating at a loss. Granted almost all the teams in MLS are owned by multi-billionaire owners and corporations, but not all teams are in that boat and many are owned by multiple people, some of whom may just want out. An example of that is the Vancouver Whitecaps which has four separate owners, none of whom have the financial resources of Joey Saputo, Kroenke Sports and Entertainment or Maple Leaf Sports and Entertainment. So, this may be an opportunity for some of those owners to decide whether they want to continue or would rather just cut their losses and try to sell their stake to new owners or even fold their teams. And in the last few years, North American Soccer League teams folded under the same situation.

The Canadian Football League is already on shaky grounds. While it does well in smaller markets like Saskatchewan and Edmonton, it has struggled in larger centers like Toronto, Montreal, Ottawa and Vancouver. The lack of attendance in both Toronto and Montreal convinced the owners in both cities a couple of years ago to play in smaller venues and last year the league had to acquire the Montreal Alouettes after Bob Wetenhall announced he no longer wanted to own the team. When no buyers came forward, the league took over ownership. And a few years back the Ottawa Roughriders folded after the league took ownership and could never find another buyer. Eventually Ottawa Sports and Entertainment, a private-public partnership, agreed to restart the team as the Ottawa Redblacks, but with a lack of interest even that team is on shaky grounds. The league was set to start training camp in May which was already cancelled, and the June 12th expected start date has already been deemed unlikely.

"I can tell you without a doubt that a cancelled season would be devastating financially. Almost all your revenue streams go away at that point. But you have to account for that as a possibility. The pragmatic optimist in me and my faith in what's been going on and how the medical community is handling the crisis, I believe we'll get through this and play football this year. I'm not indulging in the doomsday scenarios yet."

Unlike other leagues, teams have already started laying off staff and there is an indication that players won’t get paid if the season doesn't begin.

While IndyCar will survive the COVID-19 shutdown, the question is whether the virus will take away all its momentum. Indy racing never really recovered from the IRL and CART split in the mid-1990s, when Indy racing was more popular than NASCAR and the Indy 500 was the highest rated sports program on ABC. After the split, which saw virtual no names like Buddy Baker and Eddie Cheever Jr. win the Indy 500, there was a general feeling of “a pox on both your houses” and Indy fans simply turned away from both series in droves. Even after the series united in 2008 to become IndyCar, racing fans were few

and far between. In recent years, however, the series has started to recover and 2018 saw the highest attendance and viewership in some time. The Indy500 drew over 300,000 people and TV ratings overall were much higher than expected given that it was televised predominantly on NBC Sports and NBC Gold in the U.S. and on specialty subscription stations in the rest of the world.

For that reason, there was a lot of excitement in anticipation of the opening race at St. Petersburg, but the forced cancellation of that race and the possibility that the whole season could be scrapped is causing anxiety among some smaller teams who rely on IndyCar money to operate, as well as by many in management at some race tracks. The series has relinquished tracks that were unsuccessful and had a lack of disinterest in the past. Houston, Edmonton and Vancouver are prime examples of cities that Indy Car raced at but had to give up when few to no spectators turned up and even less viewers tuned in.  IN addition, last year Phoenix was cancelled due to disinterest. So, the big concern is whether fans will attend and tune in when the series is back up and running. Aside from the fact it is still far less popular than NASCAR and F1, the new schedule that IndyCar released has it going up against NFL and NCAA football, which is something IndyCar always tried to avoid by ending their series prior to the fall. If there is one saving grace for the series, the first IndyCar iRacing race drew almost 400,000 viewers which isn’t much less than some regular races.

COVID-19 has taken the lives of thousands and ruined economies around the globe, all while forcing the stoppage of almost every sporting event. The longer the crisis rolls on, the tougher it will be for leagues and teams to hang in there and keep fans engaged. And for the leagues above and the sanity of every sports fan on the planet, let's hope the curve gets flattened sooner rather than later and normal life, and sports, returns quickly.