Fairway’s Football Forecast chips in weekly NFL underdog picks and insight with information you can bet on. He's winning better than 56% of his picks over the past four seasons on these pages with nearly half the plays outright underdog winners.

Underdogs ruled the day last Sunday and in Week 1 going 12-4 ATS including 9 outright winners. That means our 2-1 result in Week 1 was a bit disappointing. The Raiders won on Monday Night Football in a thrilling finish and overtime win, but Las Vegas was out-played at the point of attack as the Ravens had 189 rushing yards for the highest total of the week in defeat. The Browns out-played the Chiefs in an easy cover but blew the game. Cleveland racked up a week-high 457 yards and 8.2 yards per play at Kansas City. It was a clear right-side winner, as was the Arizona Cardinals in their dominant road win at Tennessee. I bet the Cardinals and again on Saturday, but didn't add them to our 'Dog log.

Looking ahead, I'll try to get these underdog picks out Thursday and/or Friday, and may add some over the weekend as the injury reports are finalized and I evaluate further. I'm not a tout, so no worry about releasing plays. I'll try to just add winners and you can determine if you want to bet them from a proven pro. 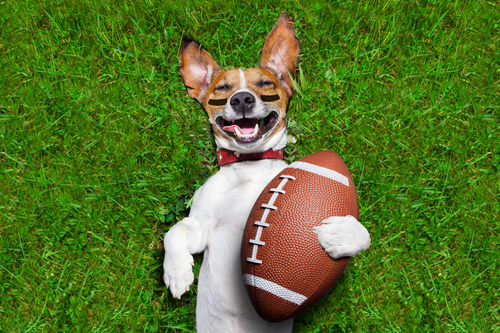 The record on these pages the past four seasons is now 104-80 (56.5%). That's just for transparency, and it's not been as solid the past two seasons, hitting just above .500. Factoring in outright underdog wins adds to the profit, and the Raiders was our 49th of 104 overall ATS underdog winners. I don't have anything to prove or gain, but rather just try to provide some insight into NFL handicapping with various ways to analyze games and determine winners. Of course turnovers, bad officiating or calls and unexpected bonehead plays can prove costly, like the Vikings turnover in overtime last week that cost them a win or at worst a tie after they had kicked a very long FG at the end of regulation to force overtime.

The NFL is tough to bet when betting sides only pre-flop. But Week 2 will always be most memorable for me, as a 10-0 perfection reflection from 2009 was my best week every in NFL pointspread prognosis. You can read more about it, and back then I wrote up most the games and that week provided detailed analysis of all ten games.

I wish I had the same enthusiasm or interest in this year's Week 2 card. I'm still evaluating more match-ups, injuries and stats, but we're riding the plays below and will chip-in any others as interested prior to Sunday's games. I'm in one of the major NFL contests this season on short notice as I was not certain I would have the time commitment to handicap as much as I would like this season. A friend asked me to partner, and so we joined despite not evaluating games and teams the same. Another friend asked if he could join, so we just split up the entry and hope to have a good time. However, they like lots of favorites, and actually overruled me 2-1 on my Browns bet and pick in Week 1. I'm willing to play and bet favorites, and did on the Rams last week. An open mind should provide more opportunities, but I've been barking with the 'Dogs and finding the puppy chow more often with man's best friend when wagering on the NFL. Bottom line is you also need some breaks to fall your way. But betting individual games of interest provides a far greater probability of success and winning than any contest over the course of the season. That's if you understand handicapping and the ways of the NFL, and are willing to take a more contrary approach as needed.

So there is plenty of risk vs. reward when betting on the NFL and with your preferred online sportsbooks. Searching for value is something bettors should shoot for in their pursuit of profit.  No matter how difficult it may seem to bet on 'bad' teams or the uncomfortable feeling you get when considering taking a stand against a team as potent as the Chiefs, know that the sportsbooks cleaned up in Week 1 because a majority of bettors just could not come to grips with betting money on teams like the Texans, Saints against Green Bay or even the Eagles, who are pegged for last in the NFC East and buried their birds counterpart in a road win at Atlanta against the Falcons.

Competitively-priced underdogs are always worth examining, as many of these barking 'Dogs can not only have your wager secured in the later stages of a football game, but some will also have a solid shot to win outright. As mentioned, nine underdogs won in Week 1, and we've seen some significant line adjustments from the weekly lookahead lines that are posted and I provide each week for TheLines.

Thus, money line wagers should also be part of your betting portfolio when you bet on more competitively-priced underdogs, as the payoffs can be very rewarding.

In the NFL, competitively-priced underdogs are 6-points or less. We'll add in some bigger 'Dogs along the way, but with dozens of outright underdog winners on these pages over the year, you can see the benefit and reason why you should consider a smaller portion of your wager each week on the moneyline, and certain underdogs outright alone when you feel more strongly. And if that's the case, teasing underdogs up over key numbers can also be a prudent play.

The Washington Football team pulled out a last second win over the Giants, 30-29 Thursday to kickoff Week 2 between a pair of winless teams. That makes prime time games now 4-0 Over the total this season and three of them have hit at least 59 points. The WFT/NYG game had the lowest posted total of the week and fell to 40.5 at game time. Winless teams in Week 2 match-ups include:

Be sure to check the NFL injury reports and monitor the betting lines as a number of teams suffered some key injuries in Week 1.

I'm evaluating more match-ups and underdogs including the Jets, Jaguars, Bengals, Vikings, Titans and Lions. Any additions will be added and a Tweet posted with updates prior to Sunday's games.

The Cowboys have extra rest and prep off their close loss to the defending Super Bowl champion Tampa Bay Buccaneers last Thursday. Dallas was impressive on offense through the air while totaling 451 yards offense and picking up a week-high 30 first downs against a top-rated Buccaneers defense. The Chargers were not nearly as efficient, but QB Justin Herbert will continue to shine with support up front. The Cowboys have the stronger offensive line to handle the Chargers strength along the defensive line.

We cashed in on Cleveland against Kansas City in Week 1, and we'll ride the Ravens this week despite a short week off a tough Monday night defeat in Las Vegas. The Chiefs were out-gained by the Browns and allowed 8.2 yards per play and 153 rushing yards while rushing for just 73 themselves. It could only get worse against the Ravens ground assault with QB Lamar Jackson, who will deliver a win this week if he doesn't fk-up and fumble again against the Chiefs. Better defense and running game is nearly always a play for this point spread prognosticator when taking points.

The defenses will be the strength on the field this Sunday, and in a true road game, you can't feel confident supporting QB Jameis Winston in the favorite role. Over-reaction to the Saints Week 1 win over Green Bay, and too far of a line adjustment for a Saints team that won a close contest over the Panthers last season when RB Christian McCaffrey was out. Now he's back as a major weapon for top offensive coordinator Joe Brady to utilize as QB Sam Darnold gets a better grasp of the offense.