A single dud last week drops the YTD record to 10-6 ATS, and we left another winner off the pages but mentioned our position on the Broncos (+6.5), who went to LA and beat the Chargers outright 20-13 in Week 5. Denver was one of nine teams that rushed for at least 150 yards last week, and those teams went 9-0 SU and 8-1 ATS to produce the biggest rushing numbers of the season in a single week. Only the Seahawks (-1.5) who rushed for 167 yards to the Rams 82 rush yards failed to cover in a 30-29 win Thursday night. However, many bettors pushed on the Seahawks when the Rams reliable kicker Zuerlein missed a game-winning 44 yard field goal in the closing seconds. I graded it a loss on Seattle, although many online sportsbooks closed the game with Seattle a 1-point favorite.

Plenty of powerful rushing performances in Week 5 included the Raiders (169 rushing on 39 attempts) upset of the Bears in London and the Cardinals (266/38) first win at Cincinnati as 'Dog. The Panthers rushed for a week-high 285 yards to beat the Jaguars 34-27 as the Jags three turnovers and -3 turnover margin was too much to overcome as well.

The Vikings (211/34) ran over the Giants at the point of attack in an easy spread-covering victory 28-10 on the road, and the Broncos (191/32) and Texans (166/34) also won with Houston piling up 588 total yards at 8.8 yards per play to fly over the Falcons 53-32 for a favorite winner for us. The final team to pile up big rushing yards was the upset of the week on the Colts, who ran for 180 yards on a whopping 45 attempts to steamroll the heavily-favored Chiefs while holding the ball for 37 minutes in a 19-13 road win.

In our recent Inside the Numbers article and opening quarter of the season update, we now note that teams that outrush an opponent by atleast 30 yards in a game are now 37-18 ATS (67%) this season. That's actually the lowest ATS percentage in the past 20 years, but should increase knowing that teams that rush for at least 150 yards are 30-4 SU and 26-8 ATS this season. Running the ball more often is another indicator of success, as teams that rush the ball at least 30 times in a game (when their opponent does not) are 40-7-1 SU and 36-12 ATS this season following last weeks 10-1 SU and 8-3 ATS result. On the other side, when teams go away from running the ball and rush less than 23 times per game, those teams are just 6-47 SU and 13-40 ATS this season.

Perhaps you can use that in your handicapping to identify more winners and put the percentages in your favor when you see a match-up in the running game that should work well. The projection in Week 5 would be that the Ravens (-11) have the biggest advantage and the point of attack this week and will run over and through the Bengals defensive front. Baltimore is No. 2 in the league rushing for 192 yards per game on 36 attempts per game, also No. 2 in the league and both behind San Francisco. Meanwhile, the Bengals rush for just 61 yards per game on less than 19 rushing attempts per contest. That's a major part of their problem, along with offensive line issues and also key injuries at wide receiver further stalling the offense. Consider that the Bengals rush defense allows 167 yards per rush, second worst in the league to the Dolphins, and 5.0 yards per rush, and you can see why the Ravens should steamroll the Bengals at the point of attack. Still, you must factor in the point spread, which is a little too high by math and metrics, and note too that the Ravens defense is allowing 6.7 yards per play, second worst in the league to the Dolphins. It appears each team should move the ball against the others clear weakness, making the total of interest, as the Bengals pass more and the Ravens pass defense is allowing 280 passing yards per game at 8.2 yards per pass; both among the leagues worst. 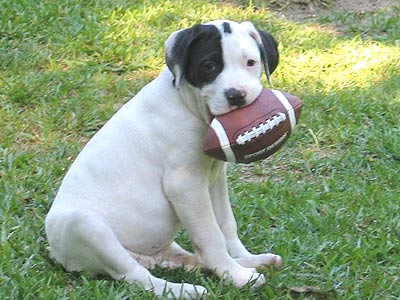 So that's an example on how you can use match-ups and statistics to formulate a breakdown of the game, and use rushing numbers to guide you and also match-ups and stats to help you with betting totals or even team totals and other props. You must still evaluate and compare the lines at the leading online sportsbooks, and try to get in front of potential moves including a big total move noted this week on the Cardinals and Falcons games which has seen the total move upward at least 4 points to 52.

Teams on a bye in Week 6 include: Bills, Bears, Colts and Raiders, with both Oakland and Chicago returning from London last week. Teams back in action following a bye last week include the Lions and Dolphins. One note on the NFL schedule is that both the Browns and 49ers play on a short week following a Monday night blowout by San Francisco over Cleveland 31-3, as that favorite (49ers) also was on our card and in contests. But they really got jobbed by the schedule maker, as the Browns host the Seahawks this week while the 49ers travel to LA to play a big division game against the Rams. Both Seattle and Los Angels played last Thursday, giving them extra rest and prep against teams coming off a Monday night game. That's night right.

Let's see if we can get some underdog picks right this week.

Still some +4.5 available on the Texans if you shop and have more accounts at the sportsbooks. No doubt this line has been adjusted from last weeks impressionable results by both these teams. So while there is not value necessarily on the Texans, we'll still point out some fundambental in their favor. The Texans as mentioned exploded last week for 52 points and 592 total yards. The dynamic Chiefs were held to just 13 points at home, and few believe Kansas City will lost two straight games at home with more than 65% of the spread bets on the Chiefs at Sports Insights live NFL odds and data feed. That betting information is taken from a consensus of seven leading online sportsbooks which includes major online players BookMaker and 5Dimes.

The Texans have a more prolific passing game but not quite as strong as rushing numbers as the Colts, as the Texans offensive line is questionable at times and not as capable as the Colts were to control the ball, clock and chains in pulling the upset last week over the Chiefs at Arrowhead. But our numbers and projections still show the Texans will bigger rushing numbers and out-gaining the high-flying Chiefs, who still lead the AFC with 442 yards per game at 7.-0 yards per play led by MVP quarterback Patrick Mahomes. But the Texans can more than match them with the Chiefs defense still an Achilles heel allowing 393 yards per game and 5.9 yards per play with a run defense near the very bottom of the league allowing nearly 30 attempts per game for 155 YPG at 5.0 yards per rush. Texans QB Deshaun Watson has an 11-1 touchdown-to-interception ratio and passes for 272 YPG at 8.6 yards per pass. I'm not sure either team will slow the other, as the Falcons went for 373 yards and 32 points against the Texans in Houston last week. Even with the highest total of the week (55), this still looks like an absolute shootout. We're taking a smaller position with the Texans side.

Bet the Super Bowl total at one of these Elite-rated sportsbooks!

Leading online sportsbook BookMaker has hit Saints +3 (-115) on this game. More may get their by game time, as the Jaguars are becoming a popular play by many pundits again. The Jaguars (2-3) lost for the first time with rookie QB Gardner Minshew as the starter, falling 34-27 at Carolina. Three lost fumbles were certainly problematic in defeat last week, but going Inside the Numbers, we can't overlook that the Jaguars defense was run over at the point of attack for 285 yards and allowed 445 yards at 7.3 yards per play to a rookie QB of the Panthers in Kyle Allen. The Jaguars run defense is now allowing a league-worst 5.5 yards per rush. Minshew was still solid passing 44 times for 374 yards and 2TD's without an interception, targeting his fellow rookie receiver DJ Chark 11 times and he hauled in 8 catches for 164 yards a 2 touchdowns to increase his production to 485 yards at 18 yards per catch and 5 TD's this season. But Minshew will be under more pressure this week with Saints edge rushers Marcus Davenport and Pro Bowler Cam Jordan bringing the heat with the Jaguars below average offensive tackles able to slow them down consistently. So while RB Fournette may be more involved and the Jaguars running game has averaged a robust 5.5 yards per carry, we like the Saints to slow the Jags ground game and them bring more pressure on Minshew. New Orleans was able to shut down Dallas and RB Elliott to just 45 total yards in a Week 4 win over the Cowboys, and they also held the Seahawks and Rams to 115 rushing yards or less this season.

The Saints (4-1) are on top of the NFC South and backup QB Teddy Bridgewater is now 3-0 as the Saints starter. He had a breakout game last week with 314 passing yards and 4 touchdowns, and All Pro WR Michael Thomas has caught 20 passes for 278 yards and 2 TD's the past two weeks. Teddy is still throwing underneath more often, but like Carolina and Panthers RB McCaffrey last week, the Saints have a similar dynamic running back with Alvin Kamara. He'll be catching plenty of passes and perhaps rushing a bit more this week as well along with big back Latavius Murray. Jaguars two-time Pro Bowl cornerback Jalen Ramsey could return after missing the last two games (back), but he's still questionable and a game-time decision. Hidden from this discussion but mentioned is the Saints strong special teams which rate among the very best in the league. Rest assured we will not be supporting Teddy and the Saints next week as an underdog at Chicago against the Bears dominant defense at home. It could turn into turnover Teddy. The Saints won at Seattle 33-27 in a much tougher environment in Bridgewaters starting assignment in Week 3 and held on against a 400 yard passing day by Seahawks QB Wilson. No reason New Orleans can't continue this week, and we're marching in with the Saints and a road win anticipated making the moneyline a worthy wager as well.

Check out some of the Bonus offers from the leading online sportsbooks and remember to bet a portion of your bankroll on the moneyline noting that we have hit 40 outright underdog winners the past 2+ season from our 61-33 ATS (65%) 'Dog log on these pages picking NFL underdogs.