There is a real opportunity to uncover more point spread winners if you understand emotion and the human element of physical wear and tear on players and teams as they push towards the finish.

We're in the closing month of the college football season and late season fatigue, emotion and defensive erosion needs to be evaluated. Emotion can play a significant part of handicapping college football, and no greater time than late season when rivalry games, last home games, conference titles and a final four playoff berth are at stake. Same too with teams out of the bowl game picture, as these towel tossers have seen their season go into the tank amid many disappointments throughout the campaign.

Teams with high expectations entering the season that have nose-dived to a disaster season include Michigan State (2-7), Oregon (3-6) and Notre Dame (3-6), all top-25 teams at the start of the season who will be home during the bowl season. Those three teams have gone a combined 6-20 ATS with a majority of those games as favorite as the sports books. Florida State (6-3), Stanford (6-3) and TCU (5-4) have not met the lofty expectations of top-10 status that was expected of them this season.

While many handicappers including myself analyze and apply statistical profiles of teams, there is a real opportunity to uncover more point spread winners if you understand emotion and the human element of physical wear and tear on players and teams as they push towards the finish.

We cashed in with a winner Nov. 8 when Eastern Michigan rallied with energy and emotion to beat Ball State 48-41. As noted in the game analysis, the Eagles have had a surprising season to many, but we expected significant improvement by Eastern Michigan and they have delivered with a winning season and a rare bowl bid for the program; their first since 1987. We also took note of Ball State's brutal defense, as the Cardinals have the worst defense in the MAC and were showing even greater signs of erosion in recent weeks. Eastern Michigan rolled up 622 yards of offense including 468 passing yards against Ball State's pathetic pass defense.

The conundrum of momentum versus letdown and determining whether a team will play to their potential and stat profiles is part of the point spread puzzle. The big rivalry games are at the forefront of the late November schedule and add another incentive and motivation to all teams whether they are experiencing a winning or losing season.

But the wear and tear of a long season brings a number of factors into consideration as players battle bumps, bruises and try to continue at a peak performance level. One way to identify teams that are wearing down and showing signs of fatigue is through an evaluation of recent results and note some erosion in defensive performance and statistical profiles. Review team schedules and note teams that have played stronger opponents week after week and know it's more difficult to sustain a strong and high-level of play following a number of tough, grinding games.

In my articles providing team's bye week schedules, you can note that a late-season bye becomes more valuable to teams as they regroup and become refreshed for the upcoming games and stretch drive. Even playing a lesser non-conference opponent can be an advantage as big conference teams get a reprieve from the weekly grind of a tougher conference schedule.

Some teams gave an 'all-in' effort in recent games that could result in a letdown this week and especially for teams that have even bigger games on deck. That would seem to fit for No. 1 Alabama, who was in a scoreless defensive grinder last week at LSU before winning 10-0. Now they lay a huge, inflated price (-30) versus Mississippi State this week, yet many bettors will continue to ride the 'Tide knowing Alabama has rewarded them often this season while going 7-2 ATS. The Bulldogs are 4-5 this season, and they out-played Texas A&M last week racking up 574 yards offense including a Bulldog-best 365 yards rushing in a 35-28 win as a 10-point home 'Dog.

Same too with emotion as teams like Ohio State (-29) are in a significant letdown situation with the Buckeye's also playing for the seventh straight week at Maryland and Ohio State has a huge revenge game on deck at Michigan State followed by the riveting rivalry game versus Michigan.

Along with the fatigue factor and situational handicapping comes the late season weather watch, as some teams have been playing in warmer and hot weather and that also wears down players and their body as they try to compete in some meaningful late-season games. Colder and/or windy weather requires players to battle through the elements, which can be more mentally draining and affect performance.

Note too teams that run a spread offense and/or play at a faster pace to run more plays, as often times those teams defenses are on the field for more plays which of course wears them down. Other teams may have faced a number of power rushing teams and you can evaluate those stats and see signs of erosion in stats and performance. The longer games and exerting more energy chasing after opponents running more plays can take its toll, and especially later in the season. Like a QB and WR anticipating a pass and pattern/cut, you need to identify and anticipate potential hazards and situations involving the human part of the process, over and above what the stats may say. If you looked closely at Texas A&M's stats and erosion heading into last week's game at Mississippi State, you would have noticed the signs of an Aggies team that was defenseless despite just one loss heading into the contest. Texas A&M had been bludgeoned at the point of attack by both Alabama and Tennessee in overtime while allowing at least 280 rushing yards to each team. The Aggies defense is also on the field for more plays than any team in the country, tied for the most at 87 plays per game. That's nearly 15 plays more per game than the average college football team, or equivalent to nearly two more full games at this state of the season.

Defense can be a more consistent denominator when handicapping a team and their past and future performance. But remember that players wear down, and a simple stats search of opponent's plays per game will show you that teams like Oregon, Texas A&M, Missouri, MTSU, So. Florida, Texas, Baylor, Tulsa, Arizona State and Cal are on the field an average of more than 80 plays per game. With a number of these teams running up-tempo and spread offenses as well, you can see the stress that can be put on the defensive players. You can segment those stats and evaluate team's last three games versus season-long stats, and apply the potential late-season fatigue by noting statistical variances in performance.

Teams that have allowed an average of 83 or more plays against over the last three games (approx. 10 more plays per game than the national average):

As you evaluate these late-season contests, dig deeper into not only the stats, but recognize the situations involving momentum, letdown and the fatigue factor. Grade out a team's performances in recent weeks based on the emotional and physical toll it took on them and the energy they put forth. Use a 1-10 scale, and I use this in predicting such energy and emotion for teams before the season even starts. Ohio State vs. Michigan? Max energy and grade for both teams. Alabama at LSU last week? Check. Top emotion, energy and physical toll. When you can identify teams that are likely to be worn out and/or not at their emotional peak to deliver a quality performance (look ahead to big game or rival), you'll have another edge against the bookmaker and start to realize even more value in the point spread. 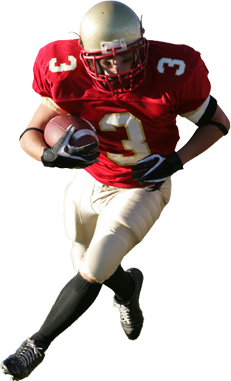 Your power ratings, stat profiles and evaluations are still significant and you clearly have to make adjustments, but as you become more proficient in identifying emotional and fatigue factors and add this to your arsenal, you'll cash more winners. That's because you understand a team is not going to bring their best or play to their potential every week, as a letdown is often inevitable and stat profiles and projections are not met because they just don't have enough gas left in the tank. Identifying and anticipating these situations will not only help you as you cash more (easy) winners, but you'll be less surprised when a team like Mississippi State (+10) beats Texas A&M 35-28 (Nov. 5) or UTSA (+19) wins outright over Middle Tennessee State 45-25 (Nov 5), or Baylor (-7) gets bashed by TCU 62-22 noting again the tremendous amount of plays these players and teams have battled through this season and in more recent weeks. Baylor was coming off a big game at Texas in which the Bears suffered their first loss of the season 35-34 in an emotional and physical grinder.

Another good example in recent weeks is Ohio State, who we played against and cashed easy at Penn State (+19), as the Nittany Lions won outright, and then again the following week at home against Northwestern (+25). The Buckeye's got a huge comeback emotional overtime win at Wisconsin against the Badgers top defense, and then had to play at Penn State with the Nittany Lions coming off a bye. Combined with an inflated point spread, it was a tough spot for the Buckeyes to rise up and play at peak performance against a Penn State team that was ready for a home run effort against a top-3 team. The undefeated letdown and energy level carried over off their first loss as Ohio State had to hold on against Northwestern 24-20.

As you see, attrition and the fatigue factor is real at this time of the season, and if you can identify such situations and combine them with emotional components and proper stat profiles and match-ups, you're going to have more tap-in birdies and point-spread winners.