When it comes to gambling Chris Christie has been Dr. Jekyll and Mr. Hyde for the state of New Jersey.

When it comes to gambling Chris Christie has been Dr. Jekyll and Mr. Hyde for the state of New Jersey. When Christie came to power one of his first actions was to veto an online gambling bill passed by the New Jersey legislature. The bill was aimed at helping the state generate new forms of revenue from New Jersey residents who preferred to remain at home to gamble or who simply couldn't make the venture to Atlantic City. The bill seemed a no-brainer considering how New Jersey relies on gambling revenue to pay for day to day expenses, but Christie vetoed the bill, arguing that it was passed without a referendum. The truth of course is that Christie had bigger aspirations than just being state governor and he was receiving pressure from some in the Republican Party not to be the first state governor to legalize online gambling. Christie was also receiving pressure from Caesars to veto the bill because they preferred a federal bill to a state passed on. And as we later found out, Sheldon Adelson, the owner of the Las Vegas Sands Corporation and the biggest donor to the Republican Party was also vehemently opposed to online gambling and he likely let those in the Republican Party know where he stood if they wanted to continue to receive his million dollar plus donations to their 2012 campaign.

Christie's attitude seemed to change not long after, when it was clear he could not win the nomination and announced he would not be running for the presidency. Almost immediately after making that announcement Christie became a champion for New Jersey sports betting. For some time prior, 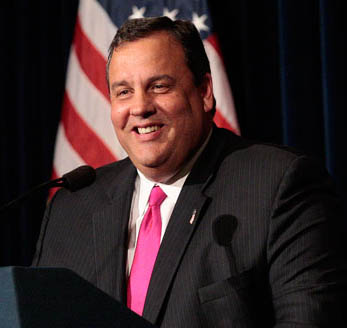 Senator Ray Lesniak, in conjunction with other legislators in the state and iMEGA, were urging Christie and the former governor to challenge the constitutionality of PASPA in an effort to help New Jersey's struggling casinos and racetracks by opening sportsbooks in Atlantic City casinos. In their view PASPA is unconstitutional and the decision by New Jersey not to opt into sports betting in 1992 was a mistake that needed to be rectified. Christie never mentioned sports betting at all prior to 2010 but when he decided not to run for the presidency Christie told Lesniak to put the question of sports betting on the ballot and if it passed a referendum then he would sign the bill into law. In fact Christie even announced to voters that sports betting was necessary to save the casinos and racetracks in the states and announced that he would be voting "yes" to sports betting on his ballot. State voters did vote in favor of legalized sports betting by an almost 2-1 margin and Christie signed the bill into law almost immediately which would allow casinos and racetracks to accept sports wagers once PASPA is overturned.

Unfortunately that last caveat has created a bit of a quagmire for Christie and the state. The sports leagues immediately announced that they would be challenging New Jersey's attempt to overturn PASPA as well as the law Christie signed and one of the leagues even pulled a minor woman's basketball tournament from the state. Other leagues threatened to pull out as well if sports betting was legalized but everyone understood that threat was hollow. There is no way the NFL would remove the contracts for the New York Giants or New York Jets nor would the NHL or NBA remove their teams. If any commissioner even attempted to do remove a team in the lucrative New York/New Jersey market it's almost certain they would be thrown out the door by the league owners faster than one swats a fly. Eventually in 2012 the Third Circuit Court of Appeals ruled in favor of the sports leagues and announced that PASPA was constitutional and that New Jersey couldn't offer sports betting. Fortunately, it seemed Christie was up to the challenge and said the following in May 2012 after the decision was rendered:

"If someone wants to stop us, let them try to stop us."

Christie said that it was unfair that Las Vegas had a monopoly on sports betting and he was prepared to take it as far as he needed to in order to get PASPA overturned. Christie and others in the state also noted that the appeals court vote was not unanimous and the dissenting judge suggested that forcing a federal law on a state in an area (gambling) that has always been a state decision was wrong and a dangerous misuse of the court's powers.

Christie's apparent change with regard to his view on gambling was cemented in early 2013 when he signed into law an online gambling bill (similar to the one he vetoed only 2 years prior) that would allow the state to take bets online from New Jersey residents and visitors to the state. It seems Christie did so somewhat reluctantly but he realized that the Senators and Assemblymen from the state were ready to take him to task for opposing a bill they unanimously passed. So Christie agreed to sign the bill into law provided numerous changes were made to the wording including requiring the betting to take place from Atlantic City casinosand various regulations that he mandated were put into place. It should be noted shortly before signing the bill, Christie met with Sheldon Adelson and while no details of the meeting were released, people close to the situation told me that Adelson reminded Christie of his opposition to online gambling and suggested that if he ever got the top job he'd better make sure that he isn't the president that legalizes online gambling at the federal level. Obviously Adelson wasn't concerned about New Jersey's state run online gambling or sports betting decisions since the Las Vegas Sands no longer has properties in New Jersey, but he wanted to make sure that it wasn't a federal law that would have a direct impact on his Las Vegas business.

Upon announcing his decision to pass the New Jersey online gambling bill Christie stated the following:

"This was a critical decision, and one that I did not make lightly. I am confident that we are offering a responsible yet exciting option that will make Atlantic City more competitive while also bringing financial benefits to New Jersey as a whole."

Christie stated that he believed that online gambling would bring over $13 billion to state coffers within 5 years but the actual betting has been a fraction of that amount. In fact not only have numbers been poor but signups have been slow and last month was the first month since its launch that online betting in New Jersey has shown any growth.

Since that announcement, however, Christie has been mum on gambling, but he did finally make a move last week when he vetoed a bill sponsored by Lesniak and backed by 10 Senators and Assemblymen. The bill S2250 aimed to use a loophole that would let racetracks and casinos offer sports betting despite the fact that PASPA has not been overturned. The statement, which was listed as part of the bill reads as follows:

This bill is in response to the decision of the United States Court of Appeals for the Third Circuit (the Court) in National Collegiate Athletic Association, et al. v. Governor of the State of New Jersey, et al., C.A. No. 13-1713, 1714, 1715, dated September 17, 2013, wherein the Court in interpreting the Professional and Amateur Sports Protection Act of 1992 (PASPA), 28 U.S.C. § 3701 et seq., stated that it does "not read PASPA to prohibit New Jersey from repealing its ban on sports wagering." Third Circuit Decision at 73. The Court further stated that "it is left up to each state to decide how much of a law enforcement priority it wants to make of sports gambling, or what the exact contours of the prohibition will be." Decision at 78-79 (emphasis added). Moreover, the United States in its brief submitted to the Supreme Court of the United States in opposition to petitions for writs of certiorari in the above-referenced case wrote that "PASPA does not even obligate New Jersey to leave in place the state-law prohibitions against sports gambling that it had chosen to adopt prior to PASPA's enactment. To the contrary, New Jersey is free to repeal those prohibitions in whole or in part." United States Brief to the Supreme Court in Opposition to Petitions for Writs of Certiorari, dated May 14, 2014, at 11 (emphasis added).

So Lesniak found a loophole that would allow the state to take back its own prohibition that forbids casinos and racetracks from offering sports betting and it would then be the federal government's job to try and stop them. Effectively this was the same method by which Colorado and Washington State were able to decriminalize marijuana possession despite federal laws that still make it illegal. The feds said they would lay off those states provided they had a tight control over the product, ensuring it doesn't get into other states, that it isn't sold to minors, etc. Lesniak likely obviously felt that if New Jersey just started offering sports betting the feds would back down and say they won't enforce PASPA in New Jersey provided they have similar tight market regulations such as Colorado and Washington does for cannabis.

So what changed that Christie, who dared the government to stop him on sports betting all of a sudden has vetoed a bill and effectively told the state voters that "we lost, so let's just move on"? Well, Christie has been listed as one of the favorites to win the Republican nomination for the 2016 election and he knows full well that opposing a federal law now and voting for another form of gambling would not go well with Republican delegates. In fact Christie even so much as admitted so with his announcement after vetoing the bill:

"Ignoring federal law, rather than working to reform federal standards, is counter to our democratic traditions and inconsistent with the Constitutional values I have sworn to defend and protect."

So Christie's veto was a way of telling the federal Republicans and the powerful NFL lobby "I've got your back." The fact that it's contrary to his earlier comments and the fact that it makes him look like a hypocrite are small consolation when you have a chance to be the most powerful man in the world. Christie did say he was willing to look for other ways to work with federal legislation to legalize sports betting, but he knows full well those options have been exhausted. One positive for New Jersey is that if Christie does win the nomination, the state will have a new governor who may be more virtuous and not base his decisions on personal aspirations and how they make him look to his own party. At that point maybe New Jersey will introduce sports betting and damn the torpedoes because it is truly best for the state and what New Jersey residents want.