BetJaco not responding to players who are owed big money

BetJaco has had some problems in the last 9 months, but the sportsbook has recently reached new lows, including ignoring several non-pay complaints. 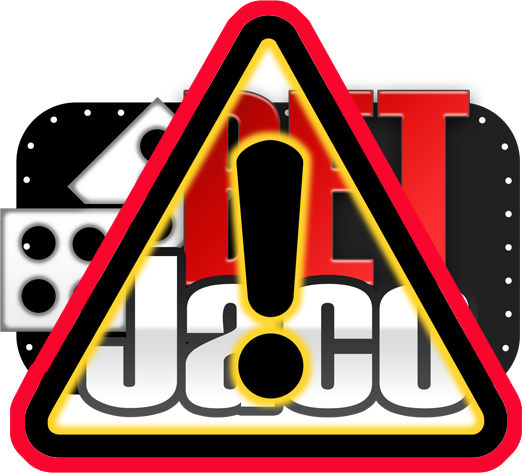 Blacklist Notes: BetJaco opened last year as a small sportsbook in Costa Rica. They started out OK, but ran into some slow pay problems after last football season, as many smaller outfits did. We worked through some of their issues and several players were paid or put on a payment plan. Since the start of football season, we had contacted them several times regarding slow pay and now no one responds to our e-mails. Recently, players who are owed money are reporting that they can only make wagers, no responses to email, phone calls or inquries to customer service. Several players are now in a No Pay situation.

Specific Notes: OSGA was first contacted by a player from Canada who was being slow paid after last football season. Once he ran his balance up and started asking too many questions, his account was closed and he was deemed a 'sharp player', not welcome at BetJaco. The player did receive a few payouts, including several uncashable money orders. BetJaco insisted they would pay and over the summer he did receive a 1K payout, however, he has not gotten anything since.

A player from Peru deposited and played for a several weeks, running his account up to over 14K. He was having difficulty getting paid and we worked with BetJaco, who claimed that payouts to Peru were 'difficult'. He requested a 2K payout and it was approved and sent prior to football season. However, BetJaco decided to stop answering the player's email requests and never again got on the phone with the customer. As of this writing the player has not received another payout.

Another player contacted us while we were investigating these claims against BetJaco with almost the exact same story. However, this player had been receiving some payouts, albeit slowly. He has not been able to get into contact with BetJaco for some time now and is still owed several thousand dollars.

Finally, a player from the Midwest had a good run with the sportsbook. Things were going fine and he ran his account up to more than 10K. He has not been able to contact BetJaco for over two weeks and they simply do not answer his calls or emails.

Currently, players who try to sign-up at BetJaco.ag are unable to do so. There is no answer when calling for customer service. The price-per-head provider is still taking bets for BetJaco, but any inquiries as to the sportsbook or payouts are met with "speak with your agent (betjaco)" from the wagering clerks. We are attempting to identify which provider continues to write tickets for this scam operation.

We are recommending that players simply avoid BetJaco altogether.