OSGA writer and analyst Ross Benjamin provides us with an AFC North Division preview and does so from a betting viewpoint. Ross culminates this astute piece with a surprising prediction on which team will finish on top.

Preview and prediction for the AFC North

NFL Commissioner Roger Goodell has been steadfast in saying the season will start as scheduled on Thursday 9/10. That remains to be seen if that indeed occurs. In any event, here's my betting preview on the AFC North Division.

Below are the AFC North Division betting odds courtesy of BetDSI.eu.

Baltimore ran away with the AFC North Division title a season ago by finishing a massive 6.0 games ahead of second place Pittsburgh. They started the year 2-2 and then proceeded to win their final 12 regular season games. However, the Ravens world championship aspirations were abruptly squashed after being upset at home by Tennessee during an AFC Divisional Round game. 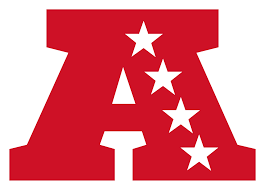 Baltimore quarterback Lamar Jackson is the reigning 2019-2020 NFL MVP and he won in a landslide. Jackson tossed 36 touchdown passes versus only six interceptions. Additionally, the former Louisville Cardinal signal caller rushed for 1206 yards and scored 7 touchdowns. That was the highest rushing yards total by a quarterback in NFL history.

Two-Headed Monster at Running Back

Baltimore's top two running backs last season were Mark Ingram and Gus Edwards. Both return this year and will run behind an outstanding offensive line. The pair combined to rush for 1917 yards and average a tad over 5 yards per carry a season ago.

If Baltimore has a weakness, it's at wide receiver. Marquise Brown is coming off a solid rookie campaign in which he hauled in 48 receptions for 584 yards. Those modest numbers were top among Baltimore's wide receiver contingent. The Ravens are hoping Brown can develop into a bona fide #1 receiver like he was in college while playing for Oklahoma. I wouldn't be shocked at all to see Baltimore use its 2020 first round draft selection by selecting a wide-out in an extremely deep wide receiver class.

Baltimore was ranked #4 in yards allowed per game last season and should once again be one of the NFL’s top defenses. Mathew Judon was an absolute monster at linebacker last year while collecting 9.5 sacks and amassing 18.0 tackles for loss. Baltimore hung a franchise tag on Judon in order to retain his services thus avoiding him going into the free agent market.

Baltimore's front office wasn't complacent by any means during the offseason by adding to an already stout defense. They made a trade with Jacksonville for veteran defensive end Calais Campbell who had 6.5 sacks and 12.5 tackles for loss last season.

It's no secret that head coach John Harbaugh is hands on when it comes to his special teams. Placekicker Justin Tucker and punter Sam Koch is arguably the best tandem in the NFL. Baltimore's coverage teams are annually near or at the top statistically.

Pittsburgh finished just 8-8 last season, but it may have been one of Mike Tomlin's best head coaching jobs during his 13-year tenure in that role with the Steelers organization. Especially when considering they lost veteran starting quarterback Ben Roethlisberger for the year in only their second game of the season.

After the loss of Roethlisberger, Pittsburgh had an unenviable task of attempting to win with Mason Rudolph and Devlin “Duck” Hodges under center. As a result, they finished 30th in total offense (276.8 YPG). You don't have to be an NFL historian to know that type of anemic offensive output makes it extremely difficult to win.

On a positive note, the veteran Roethlisberger will be back and healthy. The offensive line should once again be solid. Pittsburgh also hopes running back James Connor can remain healthy and return to the form he displayed two seasons ago. I'm also looking for much improved production for wide receivers JuJu Smith-Schuster and James Washington who will benefit greatly by Big Ben's return.

Despite being saddled with an awful offense, Pittsburgh stayed alive for an AFC wildcard berth heading into their final regular season game. The Steelers' defense was a major reason why.

The stop unit will return defensive stalwarts in Bud Dupree, T.J. Watt, and Cameron Heyward. Those three players combined for 35 sacks and 57 tackles for loss. Pittsburgh made a shrewd move early last season by acquiring safety Minkah Fitzpatrick in a trade with Miami. The former Alabama star made a huge impact while picking off 5 passes and being a monster in run support. Cornerback Joe Haden is coming off a solid season that saw him collect five interceptions.

Pittsburgh finished #5 in total defense last season while surrendering just 304.1 yards per game. They also lead the NFL in sacks with 54. An improved offense should do wonders for this outstanding group that should once again be among the NFL's elite defenses.

The Cleveland Browns were one of the most hyped teams in recent memory heading into last season. They ended up being a monumental flop by finishing 6-10. That underachieving record brought about the firing of first year head coach Freddie Kitchens. They in turn hired former Minnesota Viking offensive coordinator Kevin Stefanski as their new head coach. At some point the Browns organization needs to make the right hire. Since 1999, Cleveland has gone through 11 head coaching changes. It's extremely difficult to attain and preserve success with that type of head coaching instability.

If the Browns are hoping for an abrupt turnaround, they'll need thirrd year quarterback Baker Mayfield to much better. The former Oklahoma Sooner and 2017 Heisman Trophy winner regressed considerably last season after having a very impressive rookie campaign.

Mayfield will certainly be surrounded by a talented supporting cast. Former Georgia Bulldog running back Nick Chubb rushed for 1494 yards and scored 8 touchdowns last season. Then there's star wide receivers Odell Beckham Jr. and Jarvis Landry who combined for 157 receptions and 2309 receiving yards a year ago. Their tight ends include an above average tandem of former 2017 first round draft choice David Njoku and offseason free agent pickup Austin Hooper who was previously with Atlanta.

Cleveland possesses a strong defensive front on paper with ends Myles Garrett and Larry Ogunjobi in addition to tackles Sheldon Richardson and Vernon Oliver. Their secondary is capable of being elite. Their cornerbacks are young but very good ones in Greedy Williams and Denzel Ward. Cleveland did well in free agency during the offseason by obtaining safeties Andrew Sendejo (Vikings) and Karl Joseph (Raiders). Their defensive question marks pertain to an inexperienced linebacker corp.

The Bengals look to be once again destined for the division cellar and a poor overall record. Cincinnati finished an abysmal 2-14 a season ago which comprised of losing its first 11 games. Since starting the 2018 season 4-1, the Bengals have gone an atrocious 3-21 throughout their last 24 games.

Barring something totally unforeseen, Cincinnati will select 2019 Heisman Trophy winning quarterback Joe Burrow of LSU with the first overall pick of the 2020 NFL Draft. Burrow is coming off a senior season in which he lead LSU to a perfect 15-0 record and their fifth National Championship in program history. While doing so, Burrow threw for a massive 5671 yards and 60 touchdowns. He also completed an eye-popping 76.3% of his enormous 527 pass attempts.

Joe Burrow will have benefited from playing in a pro-style offense guided by coordinator Joe Brady. By the way, Brady has since left LSU and will assume the offensive coordinator duties for the Carolina Panthers this season. My point being, Burrow is well equipped to make an immediate impact compared to other college quarterbacks who put up huge numbers, while running spread offenses, which are non-existent in the NFL.

The Bengals do have some offensive talent at the skilled positions led by running back Joe Mixon. The former Oklahoma Sooner ran for 1137 yards last year behind a substandard offensive line. If Mixon can come close to or surpass that production level it will go a long way in taking pressure off his rookie signal caller. Cincinnati also possesses a very capable backup running back in Giovanni Bernard.

The Bengals wide receivers will need to step up in a big way. Tyler Boyd is coming off an excellent year which saw him reel in 90 receptions for 1046 yards. They'll also get back their #1 option in veteran A.J. Green, who missed all last season due to injury. One must wonder if the organization can maintain its patience with former 1st round draft choice Joe Ross, who fell well short of expectations.

It's imperative that the Bengals offensive line shows a marked improvement in pass protection after allowing 48 sacks last season. Despite Joe Mixon eclipsing the 1000-yard mark, Cincinnati still averaged only 3.9 yards per rushing attempt which was 6th worst among all NFL teams. An effective running game and protecting the quarterback will be crucial in order for Joe Burrow to succeed during his rookie campaign.

Cincinnati ranked 29th overall in total defense a season ago while giving up 393.7 yards and 26.3 points per game. The Bengals defense also did a poor job of rushing the passer while collecting only 31 sacks which was 6th fewest league wide. Furthermore, an area of huge concern will be stopping the run. Cincinnati was dead last in doing so last season as opponents ran for an alarmingly high 148.9 yards per game against them.

I already alluded to, the Baltimore Ravens strength of schedule is the NFL's easiest. Additionally, the rest of this division's slate isn't exactly tough. As a matter of fact, based on last year's records of each team's 2020 opponents, Cleveland has the most difficult schedule of any AFC North team. Even so it's still the 6th easiest slate of all NFL teams.

Here in lies the problem with the above strength of schedule projections. By calculating just last year's record into the equation, it can be misleading and is prone to inaccuracy. Case in point, 3 teams (Buffalo, Green Bay, San Francisco) that made postseason appearances last season won six games or fewer during the previous year. Furthermore, those three teams compiled a cumulative regular season record of 36-12 (.750) and one of them (San Francisco) advanced to the Super Bowl.

Now it's time for me to make my prediction on what team will win the AFC North Division. I already made it abundantly clear that Cincinnati isn't going to be my choice. I think Pittsburgh can be very good if they can remain relatively healthy, and especially so in the case of Ben Roethlisberger. Baltimore will once again be very good, but I'm not expecting anything close to their 14-2 record last season. Besides, Tennessee exposed some of their vulnerabilities in their shocking playoff loss to the Titans. A lot was expected from the Cleveland Browns last year, but they fell way short of their preseason propaganda. Nevertheless, they made some nice moves during the offseason. As a result, they'll come into the pending season flying well under the radar. That said, I'm taking a shot on Cleveland at attractive odds of +550 to finish atop the AFC North Standings.