NBA betting analyst Ross Benjamin has identified some in season captivating trends relative to teams playing with no rest.

Betting trends for the final two months of the NBA season

As we enter the final six weeks of regular season action, it's a good time to uncover viable NBA betting trends, which are based on adequate sample sizes.

One of the more intriguing in season NBA betting trends to follow is how each individual team has fared when playing with no rest. After all, the 82-game regular season schedule is a rigorous one. Hence taking a toll on players not only physically, but mentally as well.

Throughout the course of this analysis, I'll be touching upon the most pertinent and noteworthy trends applicable to teams playing with no rest. All results are indicative of games played through Tuesday February 25, 2020.

The Oklahoma City Thunder have gone a perfect 8-0 ATS this season when playing with no rest. It's worth noting, they closed as an underdog in just one of those 8 contests. Furthermore, during their last five games in this specific situation, the Thunder has gone 5-0 SU&ATS and won by an average of 9.2 points per game. 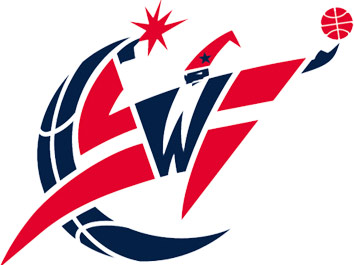 You may be surprised to find out that the Washington Wizards are an extremely profitable 7-1 ATS this season when playing with no rest. They were an underdog in each instance and there was an average point-spread of 8.6. Even more impressive is Washington managed to win straight up on four of those occurrences.

Additionally, there was a closing total of 230.5 or greater in three of the 8 games, and each contest went over. There was an average total of 238.5 and those contests produced an enormous 259.7 points scored per game.

The Milwaukee Bucks have been the league's best team to this point. Their current 50-8 record unequivocally backs that claim. The Bucks have gone an unscathed 6-0 SU&ATS during their last six when playing with no rest, and they won by a lopsided margin 21.5 points per game. So much for being tired.

They say New York is the city that never sleeps. However, there’s an NBA team playing on the opposite coast that’s stole a page from that story. The Los Angeles Lakers are 5-0 SU&ATS during its previous five when playing on no rest, and their average victory margin while doing came by a decisive 16.8 points per game.

Bet on the NBA at one of these top rated sportsbooks!

The Atlanta Hawks presently own a dismal record of 17-43. Nevertheless, they've been even more inept when playing on the road with no rest. When placed in that exact scenario, Atlanta is 0-6 SU&ATS and lost by a massive average of 26.8 points per game.

We also can't ignore some compelling results applicable to the total on away games in which Atlanta played with no rest. The Hawks have gone over all 6 times when that’s transpired and there was a cumulative 232.8 points scored per game.

The Detroit Pistons are a money draining 1-7 ATS in their past eight when playing with no rest and lost straight up every time. As a matter of fact, if Detroit lost the day before they're 0-4 ATS.

The Brooklyn Nets have played 7 games with no rest this season and 6 of those contests stayed under. If they scored 104 points or fewer that day before, all 3 games went under.

The Cleveland Cavaliers have gone over in 8 of 10 games this season when playing on no rest. In fact, the last five of those contests all went over, and there was an average of 230.2 points scored per game. That's one of very few NBA betting trends in which the Cavaliers can be relied on to consistently make money.

Use these NBA betting trends when examining teams that are playing on back-to-back nights to cash in over the next two months of the regular season.