What should the gambling operator responsibilities be to prevent problem gambling?

An anticipated UK government whitepaper on problem gambling will force operators to address an issue they have largely ingorned and U.S. and Canadian online gambling operators should take note.

The UK Gambling Commission just released a preview of its new whitepaper for online gambling, with a particular focus on at-risk gamblers. The UK has seen a large increase in problem gambling the last decade and much of that has been attributed to the ease of gambling online. Companies like the BBC, and especially the Guardian, have gone out of their way the last several years to point out the risks of problem gambling and highlighted numerous cases of people who effectively lost their livelihood due to gambling, particularly by playing with online casinos. As a result of the increased focus on problem gambling, in 2017 the government commissioned a report from Public Health England to review the real problem in the UK and provide solutions to the Department for Digital, Culture, Media and Sport (DCMS) for harm reduction. 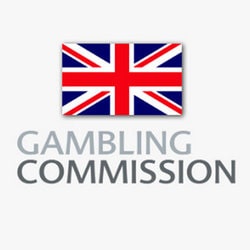 In 2018 the report was released and issues that were identified included problems with fixed odds betting terminals at betting shops (called FOBT and known as virtual lottery terminals in the U.S., featuring card games and slots that look like live table games), concerns with advertising targeted at vulnerable people, and the ineffectiveness of gambling companies to truly know their customers.

Consequently, measures were quickly adapted, including a decrease in maximum state at the FOBTs from 100 GBP to 2 GBP per spin and requirements to strengthen protections online, including better age verification, improving terms and conditions, identifying high risk players early and other KYC measures that would help spot and stop problem gamblers before they lost everything. The report also asked for less advertising while games were being played and to stop marketing to vulnerable people.

While these measures have had an effect, online gambling grew even more during the pandemic when players were unable to attend land-based casinos or racetracks and reports show that currently there are about 430,000 UK residents suffering from compulsive and uncontrolled gambling and only 5% of those have tried to seek help for their problem gambling.  The new whitepaper has thus been anxiously awaited by those in the government and health industry and highlights from the whitepaper on problem gambling have been released early. The full paper will be released on September 12th. Some of the requirements by operators for harm reduction include the following:

Operators will need to identify vulnerable customers and monitor them closely to try and block those customers before their gambling gets out of control; operators need to look at various demographic and personal factors that could identify an issue such as age, health, literacy and financial status;  operators must force customers to set deposit and loss thresholds and have customers update these regularly; and operators to have more direct customer interaction from open-source data including monitoring of social media and truly get to know each and every customer. The Commission apparently believes that operators aren’t doing enough to identify customers who are spending more than they can afford. Operators will also be forced to segregate a player’s wagering activities and track each of the metrics individually on a month-to-month basis. So overall, a customer may have a problem with casinos, but not sports, or visa versa, in which case the problem area will have to be monitored closely. If a customer is identified as “at-risk” then the gambling companies will be required to exempt that individual from all marketing and bonus offerings.

These apparently are just the highlights, although even more measures will come out in the full report. Apparently, some operators have already been fined and warned for not effectively addressing problem gambling effectively. Banks have already taken steps to address problem gambling and many of the larger banks in the UK, like Barclays, will not allow payments for gambling.

Although the UK has identified these concerns and are addressing them, the same thing does not seem to be taking place in North America and some in the industry think that is a mistake. In a session on responsible gambling at the Canadian Gaming Summit, I spoke to one of the panelists who has been involved in the industry for over two decades and he said that he is seeing the same pattern in North America that happened in the UK.

"When the Gambling Act was passed in 2005 operators only saw money symbols in their eyes. They envisioned making millions of pounds per year and the side effects of how they got there were immaterial. Everyone knew that gambling was addictive, but the operators believed that was an issue for groups like Gamble Aware, Net Nanny and the health system, and not them. Measures were put in place like self-exclusion options and age identification techniques, but the real focus of the gambling operators was solely on maximizing profits at any cost. After 2010 when problem gambling increases became even more obvious and Australia put in measures to address it, nothing was really done with UK online gambling operators despite warnings that doing nothing would come back to haunt them. Now with gambling addiction being identified and featured in media reports, the operators are doing everything they can to look responsible, but it may be too late. Because of inaction early they are now going to be required to spend millions of pounds each year to put in high tech measures and extreme monitoring measures required by the government that may have been unnecessary if they addressed it early on.

I see the same thing here (Ontario) and in the United States. Companies are rushing to get their products known and attract customers, but are doing little to really get to know the customers. Asking customers to set limits and asking them to indicate their profession and income are not effective measures, especially since there is no way of affirming the accuracy of the information. There are so many better measures out there to identify and stop problem gambling and if they are not implemented now, then I can assure you the governments here will be calling for the operators’ heads when reports will be released regularly of individuals that have lost everything to online gambling and the sites did nothing to stop them."

At the conference there was a session on payments and the future of iGaming and after expounding all the different payment options available and the ease of getting money to their sites, I asked the panelists, which featured speakers from three of the major sportsbooks operating in Ontario, if they believed they had any responsibility to ensure that people who couldn't afford to wager were stopped from sending money they didn’t have to the sites, with some of these easy deposit methods, many involving credit. I was given some dirty stares by those in the audience, clearly with many thinking that I should be asking this on the lower level where the sessions on responsible gambling were taking place, but to their credit each speaker answered the question. 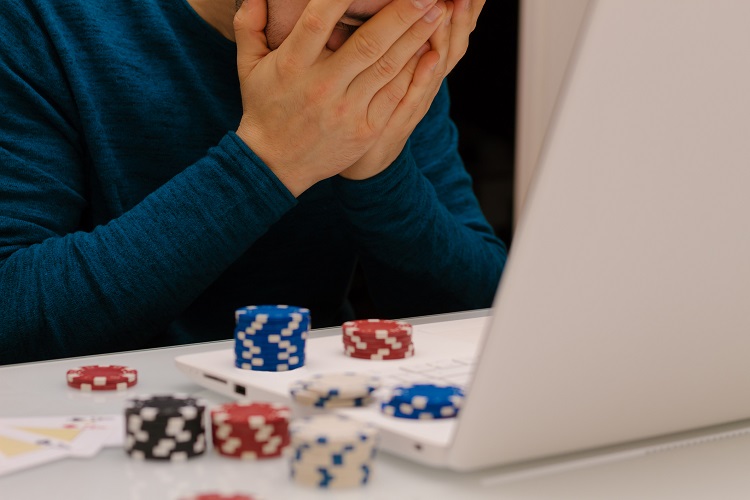 They all agreed that they needed to do what they could to identify and stop problem gambling, but they also said they were doing what the government has asked them to do at the moment. Each speaker also acknowledged that problem gamblers aren’t good for the industry or to the gambling companies themselves because it sheds a bad light on the companies, attracts the attention of the regulators and opens up everyone to potential lawsuits.

After the session, an executive at a different sportsbook based in the UK pulled me aside and said that the question was valid and important. He noted the growing cries in the UK for more to be done to combat problem gambling and ignoring the issue isn't the solution. He also said that unless UK companies, and most likely operators in North America do more, then the industry could be in jeopardy, particularly in the United States, since there are many legislators who hate gambling, are looking for a scapegoat for the current economic woes and would be only too happy to throw the industry under the bus by focusing on problem gambling.  He did say, however, that the companies and technology can only do so much, and the ultimate responsibility lies with the gamblers themselves to take initiatives to access the help available if they can’t stop their problem gambling on their own.

So, in the gambling industry, the topic of problem gambling is like venereal disease. Everyone knows it’s a real risk for an activity that is supposed to be productive and pleasurable, but it’s an issue no one wants to address until it actually becomes a real concern. UK gambling companies effectively ignored it for years, and now they must deal with it by putting in measures required by the UK Gaming Commission that will be time consuming and costly. North America is still in its infancy and while companies here would prefer to focus on customer signups and retention, and ultimately develop plans for profitability, it is inevitable that problem gambling will increase in North America and there will be outcries from the government and addiction prevention groups like Gamblers Anonymous for the companies to do more.

There was an old Fram Oil Filter Commercial where a mechanic said, “you can pay me now, or pay me later,” with the insinuation that buying a cheap oil filter early would reduce the risk of major engine issues later. So, a $50 investment now could save an issue that will cost thousands a couple of years down the line. The North American industry has an advantage because the UK has created a list of measures that the North American companies can follow to avoid a similar situation that UK companies have found themselves in, and while it may seem easy to say that is not a concern at the moment when survival is paramount, it’s also not a topic that can or should be ignored. It may not be a pleasant topic, but taking basic precautions could save a lot of pain, frustration and cost down the road.