As the state of affairs in Atlantic City, New Jersy continues to get more tense, the city may be forced to give in to The governor's demands . . . or go under!

The state of affairs in Atlantic City continues to get more tense. The city's mayor Don Guardian has threatened to shut down City Hall this Friday and said he will cease all non-essential government services unless he can get a bail out from the state. However, Governor Chris Christie is having no part of the threats:

"I tell you what we're not going to do. We're not write a blank check to the government," Christie said to a local radio host in an interview. Christie continued, "They should not play chicken with me or test me. I will not change my view on this. The state is not providing any more money. It's over. The credit card has been cut up and canceled. They have to be responsible."

To many analysts Christie's comments sound like it could have come right out of the mouth of his new friend Donald Trump who has stated many times that he abhors bailouts (except when it's his business that are about to go under) but the truth is that Christie's concerns are justified. Atlantic City has been hemorrhaging money from state coffers for years as casino revenues continue to decline and residents continue to flee the city in droves. Atlantic City has a deficit of over $120 million and that number is just expected to grow. As well the city owes several casinos money for tax refunds and Borgata has gone to court to try and force the city government to pay it half of the $150 million it is owed. City officials argued that if it is forced to pay this out all at once it will force them into bankruptcy. Four casinos have closed their doors in the last 4 years and according to Moody's up to 5 others will likely be forced to close in the near future as well. And to most observers it appears that everything on The Boardwalk will be closed by 2020. 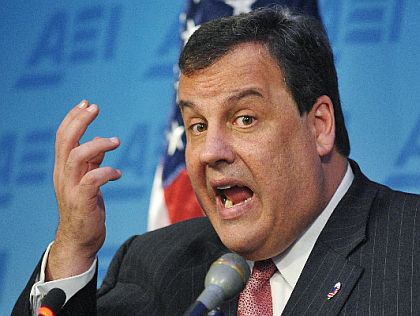 Christie tried to address the situation last year by appointing a financial advisor to help the city get its books in order, but it appears the financial situation in the city is too far gone to fix with a quick solution. As such the state wants to take over the city's finances and make many drastic changes including the right to tear up union contracts, privatize utilities and make tough decisions that the city appears unwilling to make. But city and state officials argue that it's illegal to simply ignore a deal worked out in collective bargaining, plus doing so would increase the already high unemployment rate. But Christie is firm that unless the city agreed to this "partnership" he will not give them another penny in aid.

For his part Guardian indicated that he will agree to "the partnership" to a local newspaper:

"I think what happens is we look at all of the options," Guardian said. "We have four options. We can do nothing, have the state takeover, file bankruptcy or form a partnership. It's not hard to figure out what you want to do and what's best for Atlantic City and New Jersey. We like being a cash cow. We like being an ATM for the state. We want to get back to that."

I decided to speak to a financial analyst about the situation and he told me that it's not unusual for state governments to want to take over the finances of a city if they deem the officials of that city are incompetent. In fact, he said that it happens at all levels. Many times the spending of municipal boards will get out of control and city officials have to step in and take over the finances and sometimes it's the city itself that gets in trouble and either the state or federal government has to intervene. But he also stated that many times, as was the case with Detroit, it's best to simply let the city go into bankruptcy.

"Sure it affects credit ratings, can increase borrowing costs and may cause a ripple effect but these stated concerns that it will hurt neighboring municipalities is overstated. Ann Arbor and Lansing are doing quite well. They aren't paying more for financing because of Detroit's decision."

But others I spoke to have placed the blame on Christie himself. A friend from Trenton was adamant that if Christie had done his job as governor and worried about all the cities in New Jersey, including Atlantic City, instead of using his election as governor to try and further his political career that many of the issues would never have occurred:

"It was clear to anyone with a brain that building the Revel was a bad idea but Christie promoted it and then wouldn't bail them out when the Revel got in trouble. Instead it was sold for pennies on the dollar and the taxpayers were on the hook. And you can't forget about online gambling. The city legislators had a plan in place that would have allowed online gambling when it was still a hot issue and may have saved some of the fledging casinos but Christie wouldn't sign it because he believed he knew better. And then there was the bad decision blocking PokerStars and there were other rescue packages that Atlantic City officials proposed but they couldn't find Christie to get a signature because he was too busy schmoozing with Sheldon Adelson and his federal buddies. And I'm sure if you go over all of Christie's backdoor deals there were many that took away potential revenue that could have helped Atlantic City avoid its situation. Christie has been a disaster not only for Atlantic City but the state itself. He has no business taking the high road now."

But regardless of who is to blame, if anyone, the truth is that things can't simply continue as they are. In December I wrote an article arguing that the city has relied too much on gambling and it would possibly be best off forgetting the casino industry and instead trying to sell itself once again as a family or convention tourist destination, since casinos in neighboring cities will continue to open and take away interest from Atlantic City as a gamblin 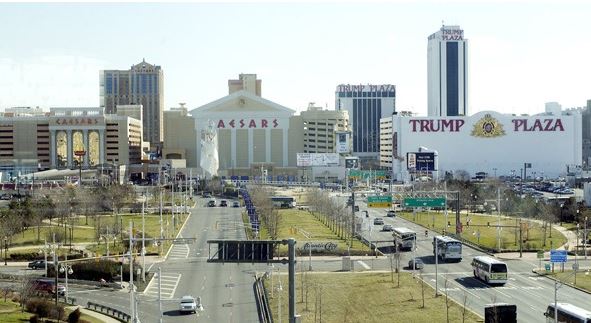 g mecca. I received a couple of emails after publishing that article from city employees who said that the money just isn't there to beautify the city again and truthfully there are far more beautiful tourist destinations in the vicinity that could attract families. One emailer pointed to the Catskills and Pocono Mountains which he says are starting to attract families once again and have far more to offer to offer to both families or to businesses that want to hold a conference or convention. And of course he's right. The landscape of America has changed drastically since the 1930s, so what would have attracted people to the city back then likely won't work today.

Guardian stated that he liked being the cash cow and the state's ATM, but believing that is currently the situation or even possible is just delusional. Since the recession Atlantic City has been the state vacuum cleaner sucking up money, not an ATM, and it's difficult to see that situation changing. On Friday the city and the state will have to make some tough decisions. My hunch is that the state will announce it is taking over the city's finances in partnership with the city's government but that probably isn't the solution. There's nothing the state can really do to increase revenues and contrary to Christie's belief Atlantic City has a revenue problem as much as a spending problem.

Atlantic City has a storied past and it's tough to envision the city simply ignoring that and closing shop but as is the case with a long marriage that has gone bad, a once successful business that is starting to fail or a once hailed actor that is no longer skillful in his art, there comes a time where you have to forget the past and simply accept the current situation. And like it or not Atlantic City is no longer the gambling mecca and tourist destination it once was. City and state officials have to accept that and deal with reality.