Gambling columnist Hartley Henderson again looks at online gambling in Germany, where a new treaty has done little to improve Internet sports betting and casino gambling in the country.

In July 2021, Germany enacted the Fourth Interstate Treaty on Gambling which gave operators the right to offer sports betting, online slots and poker. After a tumultuous decade of failed attempts to pass an online sports betting law that led to challenges from non-German companies, rulings against the German government by the EU and infighting among different German states and courts, the country finally gave in and agreed to allow unlimited online licenses, not only for sports betting, but also for casinos. The devil, however, was in the details.

The treaty created a 5% turnover tax for online sports betting and a 5.3% turnover tax for online casinos. If the turnover tax is paid by the sportsbook or casino then it will be virtually impossible for that company to make money since profit margins simply aren't high enough to absorb that type of expense up front. And, if the gambling companies charge the tax to the bettors, then most bettors in Germany will still try and find a way of betting offshore where they are not taxed on bets. That is effectively what happened in both England and Austria before 1997, when internet betting began.

Both countries required books to charge a 10% tax at the time of placing bets (usually in person at betting shops or by telephone), which bettors abided by simply because there was no other option to place bets. But once the internet became a viable option, UK gambling companies set up their operations in places like The Isle of Man, Gibraltar, Malta, and Antigua where there was only a licensing fee but no tax. 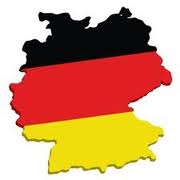 UK bettors immediately turned to those sites to place bets rather than places which remained in the UK since they did not have to pay the 10% tax. At first the UK government responded by threatening operators like William Hill and Ladbrokes who moved operations offshore, but realizing they were fighting an uphill battle, the UK government changed the rules to charge a 15% tax on gross gambling revenue by UK residents that all companies were required to submit to the UK government, regardless of where the bets were placed. It should be noted that when the state of Schleswig-Holstein created a market for online sports betting and casinos, the tax was only 20% of gross gambling revenue (GGR), which is pretty common to most other markets, including Ontario and the majority of U.S. states, which legalized the products recently. A 5% turnover tax equates to over 60% of GGR.

The Treaty currently only allows for slots and poker, as table games are limited to land-based casinos and thus far only slots are being offered online. At last count there were six different sites offering slots and to say action has been slow is an understatement. This is due to several reasons. Along with the turnover tax (which is deducted immediately making the payouts smaller than normal online slots), the maximum bet per spin on a slot is 1 euro, which is a ridiculously low amount, especially for table games and slots with upwards of 100 lines, there is no auto spin feature allowed and there are no jackpot games. 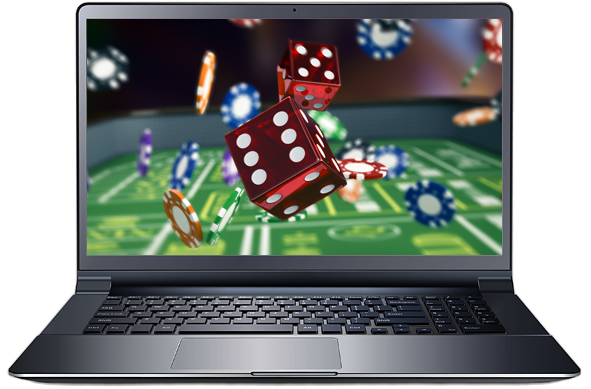 For both sports betting and slots, bettors are also limited to a 1,000 euro spending limit which can be raised to 10,000 euros at the request of the player. But this higher limit is only allowed for 1% of the company’s total clients and the player must set a special loss limit of 20% of their total allowable spending, meaning that 1% of clients can lose no more than 2,000 euros. It’s a complicated rule and leaves little incentive for larger players to wager. Moreover, with such low limits there is little incentive for companies to offer promos or spend much money on advertising.

Speaking of advertising, it seems many government officials want a ban on advertising and in-game betting, which has resulted in a lawsuit by various sportsbooks crying foul. 33 sports betting companies supported by some German sports teams have launched a lawsuit to get the restrictive rules overturned. The rules of the Fourth Treaty also dictate that companies operating offshore are still obligated to pay the turnover tax to the German government for play from German players, but tracking action from Germany or imposing fines or any meaningful legislation against a casino or sportsbook that will not apply for a German license will be difficult, if not impossible. Also, not surprisingly, as is the case with all high tax jurisdictions, the operators have been losing money while the governments have taken all the profits. So, while applications for a license have increased in the last few months from some of the bigger companies, most non-German sportsbooks have decided to stay on the sideline.

There is also a rule in the Treaty that allows states to opt out. So, while most states are looking to private casino operators, other states want to keep casinos as part of their lottery monopolies, which is an option under the current gambling treaty. And it appears in those cases, there is no real turnover tax since the profits will go straight to the governments. Saxony and Thuringia are two states that have received online slot licenses to be run by their lottery.

Also frustrating the entire process is that land-based sportsbooks and casinos are not subject to the same rules as the online gambling operators. This led to a lawsuit by the European Gaming and Betting Association (EGBA). The organization, along with a German partner, approached the EU prior to the launch of the Treaty saying that the current system of taxation gives land-based casinos a massive tax advantage over online operations, which the EGBA says is contrary to EU rules. I reached out to contacts at the EGBA to find out if the case is still pending, but have received no response. Regardless, the land-based casinos and the state lottery monopolies have an unfair advantage over private online companies and at some point, the German government will have to address this inequity.

While the Treaty was set to begin in July 2021, it really only began operating in May of this year. One of the big issues has been infighting by states and the national government over whether "bad actors" should be allowed. Reports suggest that the national government has been slow processing many applications because they are accusing several of the companies of catering to German citizens from foreign jurisdictions (not Schleswig-Holstein) in the years prior to the passing of the treaty, as well as not paying the government their due in the transition period prior to July 2021, when companies were supposed to agree to not offer casino wagering and adhere to all other state rules, including paying for a license. It appears many government officials want their pound of flesh first before offering many of these companies a license, including likely an admission of guilt and likely the remittance of a fine. Some government officials also want those companies banned for good from getting a license due to the "transgressions."

Perhaps the most interesting situation occurring in Germany, however, relates to bettors themselves. 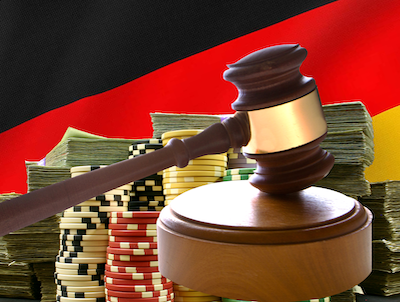 Germany has been inundated with lawsuits from bettors demanding their money back from what they claim were bets made when gambling was illegal. Frankfurt courts in May ordered an unnamed online casino based in Gibraltar to pay a player 26,000 euros for losses incurred in that casino between 2018 and 2020, when online gambling was illegal. And in April, Frankfurt ordered another player who bet at a Malta casino to have 12,000 euros returned to him for losses he incurred in 2017. Other courts including ones in Munich, Duisburg and Euskirchen denied claims for losses by players saying that the players voluntarily sent their money to the websites and are solely to blame for their losses, but Frankfurt has set a precedent to have losses returned by players residing there, and it appears other states are going to follow Frankfurt’s lead.

Along with the above-mentioned cases Tipico, Bet365 and Betano all returned losses incurred to some of the players who filed claims. This was for bets both offshore, as well as for bets in Schleswig-Holstein. While Schleswig-Holstein had the right to offer all forms of online gambling, including sports betting, casinos and poker, since they opted out of the interstate treaty in 2012, there was a question as to whether gambling in that state was legal for all Germans or only for citizens based in the state. Operators there said that the impression they were given was that bets were legal from anywhere in Germany to servers in Schleswig-Holstein, but some courts have ruled that only bets from residents of Schleswig-Holstein were legal. It effectively is the same argument that Antigua, Kahnawake and even Florida have faced for over two decades now – does an online bet occur where it is accepted or where it is placed? While most of the claims to have money returned are before the courts, some operators have voluntarily returned losses to players who submitted a claim in jurisdictions, like Frankfurt, believing that they will likely lose, plus the cost of fighting the cases will cost more than just paying out. Sources say there are currently over 1,200 applications before the courts by Germans demanding their money back.

So, the German online gambling and sports betting situation is still a mess. The new interstate treaty was supposed to resolve all issues and allow the gambling economy to grow there, but instead it has just caused more confusion. The crazy taxation system and disparity between land-based and online gaming, the argument over how to treat “bad actors,” questions over advertising, and the rulings by different courts on how to handle bets that were placed before the treaty was enacted has led to a very slow and frustrating rollout. As is the case with the United States and Canada, operators outside of Germany that have no intention of ever acquiring a license in the country continue to cater to German players, unfettered and very profitable, while those who want a license and try to abide by the rules are left holding the stick. At some point the situation will be settled, but considering the saga has gone on for a decade and lawsuits in German and EU courts continue to mount, that point is nowhere to be seen yet.