Not all gambling taxation is alike

Taxes on gambling entities can zap profits from player losses, but in the U.S. most sports betting and casino companies are getting off easy.

It's been 10 months since New York started offering sports betting with the 50% tax on gross gambling revenue. There were suggestions at the time that the tax would make it difficult, if not impossible to make a profit and that seems to be the case. Despite exceeding revenues, no company has made a profit in New York, including FanDuel which has 55% of the market. Yet as bad as that tax scheme is there are higher taxes elsewhere in the world including Germany, which just instituted a 5% tax on turnover for online sports betting and 5.3% tax for online casinos. Three companies have begun operating in the German market under the new gambling rules, but like almost every company in the online New York market they are likely wondering if it's worth it. After all, the operators are working to make profits for themselves and their shareholders, not the government.

Gambling taxation around the globe

I reached out to a colleague in Germany recently to find out what the situation was there after the new national gambling law passed in June 2021 and he responded "It depends which side you’re on. If you work for the government, it’s great, but if you work for Tipwin, Mybet or Mernov (the 3 companies operating online casinos) it’s terrible. Most companies that showed interest in the German market have backed away because of the repressive 5% tax for online sports and 5.3% for casinos and poker." 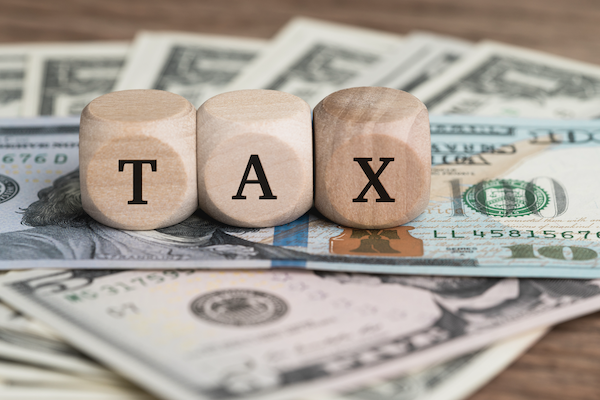 The comment kind of confused me. After all, in my mind, a 5% tax on gambling sounds incredible when you hear about the 50% tax in New York, 36% tax in Pennsylvania and anywhere from 8% to 25% elsewhere in North America, but he quickly reminded me that this was a turnover tax, which is far different from a tax on gross gambling revenue.

I decided to reach out to Spencer, a tax expert, consultant for the gambling industry and a self-proclaimed mediocre sports bettor and he explained the differences in the types of taxes on gambling.

"There are 3 types of taxes that can be applied to gambling." Spencer said. "The first type is a tax on gross profits. This is arguably the most fair tax since gambling businesses only pay tax to the government based on the bottom line. Then there is the tax on Gross Gambling Revenue and the turnover tax. The best way to describe a tax on gross profits is to use a hypothetical example. Say a company takes in $400 million in revenue, pays back $350 million to bettors and has $20 million in other expenses. In this case the gross profits are $30 million. It’s really the way most businesses would evaluate their success – total revenue minus total expenses. A few countries like the UK tax businesses on gross profit and last I checked it was only 15%."

I asked a friend who works for a larger UK company if this is true, and he laughed and said that was true only for the small boys. He pointed me to the government document on duty and said that the tax is actually on a progressive scale. The 15% tax only applies if a company has gross profits under £2,686,000. The next £1,852,000 in gross profits is taxed at 20%, the next £3,243,000 is taxed at 30%, the next £6,845,000 is taxed at 40% and anything above £14,626,000 is taxed at 50%. The tax is only on revenue derived from UK bettors regardless of where they are located. So technically if a UK citizen was betting at Bet365 from Australia, Bet365 has to declare that revenue on their UK income statement. To put the progressive tax in perspective, Bet365 reported £470,000,000 in gross profits in 2021, which was an increase over 2020 when most sports were shut down for much of the year, but much lower than previous years. Companies like William Hill, Ladbrokes and 888 saw gross profits into the hundreds of millions of GBP too. So, while 15% sounds like a bargain for Bet365, 97% of their gross profits is taxed at 50%. So, the 15% stated tax is irrelevant, unless you are a small fish in the British gambling space.

"The next type of tax is Gross Gambling Revenue (GGR)," Spencer said. "It is a more fair tax than one on turnover, which I’ll discuss later, but is not as fair to businesses as a tax on gross profits. GGR means that you take all gambling revenue, i.e., the amount of money that is brought in and subtract the winnings paid to players.

"All of the North American jurisdictions charge a tax on GGR"

So, if a company brings in $1 billion in revenue and pays back $900 million to the winning players, then the gross gambling revenue would be $100 million. The concern for gambling businesses here, of course, is that it doesn’t take into account all the other expenses, which would include salaries, advertising, promotional costs, overhead, etc. All of the North American jurisdictions charge a tax on GGR and a country that just started taxing on gross gambling revenue is France. Before that they charged a turnover tax. The rates are almost always different based on type of game or sport being wagered on and there is usually a different tax for land-based operations. In France they also have additional levies to support sports, problem gambling initiatives and a payment to the horse racing industry. Last I checked, sports bets were taxed at 34% of gross gambling revenue in France and the additional levies make the total tax for online sports betting 55% and 50% for online casinos. So, using the scenario I painted, if a French company has GGR of $100 million with online sports bets, then they would pay $34 million of that to the government. An additional $19 million would come out for the extra levies and any expenses come off the total profits. Therefore, in this case if a company has more than $45 million in expenses, they would lose money despite technically winning $100 million. And if they are a billion-dollar company the expenses would almost certainly come close to that. A company with a billion dollars in revenue could likely barely survive that, but a company that only has say $25 million in total revenue would be forced out very quickly, as you can’t make money with that type of tax. A few sports betting companies in New York are quickly realizing that with the 50% GGR tax and I believe two sites have indicated they have no plans to renew unless changes are made.

Spencer continued to explain the taxes. "The next type of tax is the turnover tax. This is the tax that was chosen by Germany and is also used in the Philippines, Kenya and a few smaller jurisdictions. A turnover tax means that the business is taxed on every bet made. So, if someone places a $100 bet, then $5 is taken out of that bet and given to the government. A bet on a 20-cent line has a hold of 4.55%, a 30-cent line has a 6.52% hold and a 40-cent line has an 8.33% hold. In online casinos the house hold is only about 3% (i.e., 97 cents out of every dollar spin is paid back to the player) and for games like blackjack, the house edge is only 1%. So, it’s very clear why taking 5% off of every bet is a problem – there is next to no margin for the betting company to make a profit. Portugal found that out quickly when they implemented an 8% turnover tax and every online operator ran away saying there was no way of making a profit with that tax. So, they recently changed their tax scheme to one based on GGR, plus a small levy for other purposes and the companies have started to return. Many analysts equated the 8% turnover tax to an 80% tax on GGR and even the 5% turnover tax in the other jurisdictions equates to a minimum 60% tax on GGR to as high as 80% depending on the product or sport being offered. I’m not sure if that is true, but I’m inclined to believe it is. 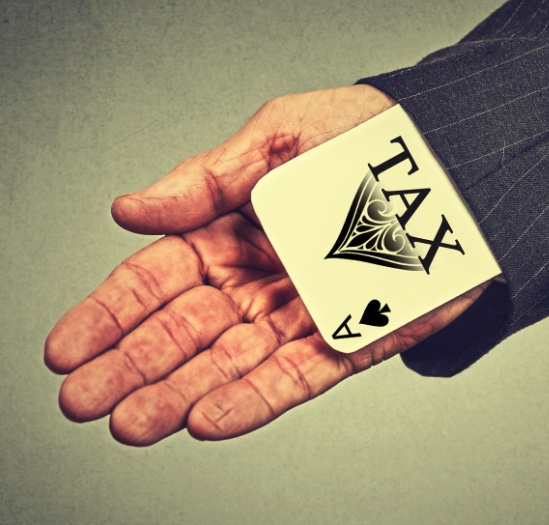 The turnover tax is not only a regressive tax, but it is also a very old tax. Prior to the days of the Internet, gambling in the UK and Austria charged a turnover tax and it was 10% in both locations. I recall well betting at Bowman’s International and Interwetten and being told I had to pay the tax to bet. Companies couldn’t absorb the cost themselves, so they charged a bettor the 10% tax on the wager placed (e.g., if you bet $100 it was going to cost you $110 to place the bet). Some places like Bowmans provided the choice of that tax or having 10% of the winnings taken out as a tax. In that situation the company was doing a little gambling of their own. Bettors playing in those places paid the tax upfront because they didn’t have a choice, but it also convinced companies to look for alternatives.

Gary Bowman himself told me that as soon as he had a better option he was gone from Manchester. So, when Gibraltar, the Isle of Man, Malta and Antigua offered a tax haven, most companies jumped at the opportunity. Aside from the anger of their own citizens, many of those companies were looking for ways to attract new bettors from other countries and the turnover tax was a non-starter for Americans, Australians, Canadians and bettors in other countries. The UK and Austria fought hard to keep the turnover tax, but they were fighting a losing battle, so they agreed to the tax on gross profits in the UK and GGR in Austria as a compromise.

Reports I’ve read recently say that gambling in Germany has taken off after the new law was passed thanks to the ability of Germans to bet on online casino and poker, but the gambling companies are getting killed. The sports betting lines are atrocious, as high as 50 cents, and the online slots are turned back as much as possible. And even with that, German companies realize it's a no-win situation. I understand there are three or 4 operators, but it’s all slots. If they are offering blackjack, baccarat or other low hold games I have no doubt they are providing rules that only favor them like 6 to 5 or worse on blackjack, having the dealer hit soft 17s, not allowing double downs on anything but 11, not allowing the splitting of aces and other means, all to increase the house hold. Of course, it's just a matter of time that the governments will realize the turnover tax is not a realistic way to tax betting and will go the same way as Austria and the UK and tax gambling revenue instead. It only makes sense."

The interview with Spencer was quite enlightening. Along with the discussion of different taxing methods we also had a good discussion on tax tips for U.S. gamblers, which I’ll write about in a different article. One thing that was clear from our discussion is that gambling sites in jurisdictions like Nevada, New Jersey, Colorado and states with less than a 10 percent tax on GGR are very lucky. Even sites in places like Ontario with a 20% tax on GGR are ahead of the game. And when compared to the turnover tax in Germany and Kenya, even the 36% sports betting tax in Pennsylvania looks good.