The Brilliance of Brad Stevens and Boston

Jay breaks down the Eastern Conference Finals series with a look at Celtics coach Brad Stevens, who orchestrated a masterful job of containing LeBron James in game 1.

Planting the seeds and growing the garden at home never felt so good. Boston improved to 8-0 at TD Garden in this year’s playoffs after crushing the Cavaliers in Game 1 by a final count of 108-83. That also improved Boston to 11-0 against the spread (ATS) in their last 11 games as a home underdog. The Celtics are also 11-0 ATS at home since Feb. 5 playing against teams in this year’s playoff field.

Cleveland went from a +180 underdog in the Toronto series to a -300 favorite against Boston. What an over-reaction, and we took advantage in Game 1 along with a series play on the Celtics.

The brilliance of Boston and coach Brad Stevens and his shrewd tactics showed up in Game 1 along with Boston’s defense, as the Celtics held Cavs superstar LeBron James to just 15 points on 5/16 FG shooting including 0-for-5 from the field. He entered the Eastern Conference Finals shooting better than 55% FG in this year’s playoffs. Since returning to Cleveland in 2014, LeBron James has scored 15 or less points 4 times. The next game he averaged nearly 31 PPG and the Cavaliers have won those four games by an average of 16 points per game.

What we know is that the Celtics are playing like a fearless group and its starters dominated the Cavs in Game 1, scoring 88 points on 58% FG shooting, including 10-21 from the arc. We won’t over-react, but Boston should still be productive on offense in Game 2 and throughout this series against the Cavs deficient defense. But some situations and LeBron’s ability to bounce back has us passing on the side for Game 2 with an opinion on Boston and perhaps even more pace and offensive production resulting in more scoring than projected.

At leading offshore sports books and top reduced-juice sportsbook 5Dimes, Game 2 between Boston and Cleveland is a pick ‘em. 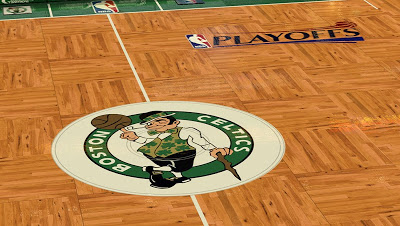 We cashed on the Celtics in Game 1 as Boston buried LeBron & his boys 108-83 as a 2-point home underdog. Taking back Boston +245 at the start of the series has us off to a good start, which was similar to our position with Indiana (+460) in our opening round plays.  A non-goaltending call against LeBron at the end of Game 5 proved pivotal in that series that went the distance, and we’ve been heavily invested in the Cavaliers playoff games this year. It was good vs Indiana, as the Pacers went 6-1 ATS, but the Cavs went 3-1 ATS in sweeping No. 1 seed Toronto, costing us some cash in what turned out to be a clueless coaching job by Dwane Casey.

Just a side note on coaching in the NBA and making adjustments, winning decisions and understanding your player personnel. In game 4 of the Toronto and Cleveland series, the Cavs led 51-47 with less than 3 minutes remaining in the first half. Center Serge Ibaka came out of the game with a minor injury following a charge, and Toronto coach Casey inserted Lucas Nogueira, who had played just 2 minutes the entire series. He committed a key foul and turnover as the Cavs went on a 10-0 run in the next 100 seconds. Casey then pulled out Nogueira and inserted backup center Jonas Valanciunas, who would lead the team in points and rebounds in game 4. Valanciunas played back-up minutes the entire series behind Ibaka, yet it was Valanciunas who was by far the more productive player. Valanciunas had more assists and steals in the series than Ibaka while outscoring him 15.7 PPG to 7.3 PPG and out-rebounding him 14.7 RPG to 5.3 RPG. This is called incompetent coaching, and why Toronto fans are so frustrated with the Raptors inability to get past Cleveland in the playoffs.

Having the superstar and all-time great LeBron James on your side makes most any coach look good, and that includes Tyronn Lue of Cleveland. But Lue didn’t play Tristan Thompson enough in Game 1, and if Lue has a clue, then he’ll get Thompson more than 20 minutes in Game 2 after Boston outscored Cleveland 60-38 in the paint in Game 1. Boston’s Al Horford is having his way inside and scored 20 points in Game 1. Out of all the players that have guarded Horford over at least 30 possessions, Thompson is the top player in the league defending him. The Cavs did beat Boston in last year’s Eastern Conference Finals in 5 games while scoring 117, 130, 108, 112 and 135 points. But the brilliance of Boston coach Stevens and the Celtics defense showed in Game 1 with major adjustments and improvement.

In Game 2 against Boston, LeBron James will play his 400th game for the Cavaliers since returning to the team in 2014,

We felt confident in Game 1 and this series that Celtics coach Stevens would show his stuff and counter with necessary adjustments to slow down James. Boston ranked No. 1 in efficiency defense this season despite an injury-plagued season that began with a devastating blow on opening night when newly acquired Gordon Hayward went down with a dislocated ankle. Kyrie Irving’s knee injury and surgery followed and Boston dealt with a steady jab of body blows throughout the regular season.

But the plug and play way of coach Brad Stevens kept Boston moving forward to win 55 games, and they’ve overcome some major hurdles in the playoffs while still sporting a solid defense. They can rotate personnel and various schemes at Cleveland, along with layers of big men support to reduce James’ dominance. Boston’s playoff games have still gone over the total in 8 of 13 games, and while many believe James and the Cavs will bounce back with more efficiency on offense, we can still suggest that Boston will counter with another solid shooting game near 51% FG like game 1, as the Cavaliers deficient defense has been one of the worst the entire season.

You’re seeing the maturation of Terry Rozier and Jaylen Brown in the backcourt and Jason Tatum up front for Boston, joining team leaders Al Horford and Marcus Smart. Big body Marcus Morris gives the Celtics more strength inside, and their balance, defense and solid shooting can continue.

Note that Cleveland has had little margin for error in this year’s playoffs. I noted in a pre-Game 1 tweet that the Cavaliers scoring margin of +1 point per game through the first two playoff series was the lowest scoring margin coming into a conference finals in more than 40 years. Six of their eight wins have come by 4 points or less, and they go as LeBron James goes. Heavy minutes could wear on even the great LeBron, and here are his playoff stats this year.

* 34 points per game, 9 assist per game and more than 9 rebounds per game

Cleveland is allowing nearly 50% shooting in the playoffs. Boston continues to be undervalued and should find ways to score even more. The Celtics have scored at least 108 points in six of eight playoff games at home this year. Why wouldn’t it continue against the Cavs awful and deficient defense? You can buy back some of your series bet on Cleveland and lock in a profit if you bet Boston at the start of the series, but I’m letting it ride in hopes for another Boston victory in Game 2.