With some of the biggest PGA stars sitting this weekend out, the Phoenix Open provides some excellent betting opportunities.

Some notables will be conspicuous by their absence at this weekend's Waste Management Phoenix Open, namely Dustin Johnson, Rory McIlroy, Jason Day, Sergio Garcia and Justin Rose. Eldrick, too, as Woods didn't want to party in Phoenix. Is the rowdy atmosphere—especially the raucous par-3 16th that earned its own white-lettered, blue-background logo six weeks ago—too much for them? The famous 'Coliseum' 16th hole has become legendary, as dreams of glory can also be shattered in front of a packed auditorium come Sunday.

But some of the games shining stars will be in Scottsdale, as Jordan Spieth, Justin Thomas, Jon Rahm, Rickie Fowler and Hideki Matsuyama tee it up as the favorites of choice to win with all offered at odds of 15-1 or less at the leading offshore sports books.

A computer model, which supposedly played the thing out 10,000 times, pegs Webb Simpson (33-to-1 offshore), Charley Hoffman (66-1) and Charles Howell III (45-1) as excellent value in the Valley of the Sun.

However, do not dwell on who won't be in Arizona or longshots. This is a time to dial it down, keep it simple. Only Hideki Matsuyama deserves attention. The event's two-time defending champion thrives in this environment. Everyone else is chum. Hideki has form figures of 4-2-1-1 at this event. To thrive and score on this Scottsdale course, you need to be one of the best ball-strikers on the circuit. That's why Matsuyama has excelled here. 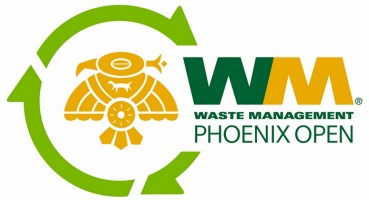 The 25-year-old Japanese ace has all kinds of reasons to be pleased with his life and his game, and at 9-1 or so, he's the only way to go in Phoenix. That despite the event often being tight and competitive with 10 of the last 11 renewals decided by a shot or a play-off, and the other saw Phil Mickelson lip-out for a 59.

Still, no hedging with longshots (except perhaps Daniel Berger at 35-1, Kevin Chappell at a fat 60-1 or Russell Knox lighting up Las Vegas at 80-1; I couldn't resist with the event hecklers). There's often little value in these big name and top-ranked favorites, but with fewer of them in play this week, Matsuyama has to be your money man. It's so tough to pick winners in these Tour events, and head-to-head match-ups are the preferred choice to profit on the PGA (Matsuyama is an underdog plus price to Rahm at BookMaker). But we can still take a shot or scale down the win wagers, and even rip Big Bertha on a Fairway favorite to win.

No feel-good leans toward Jon Rahm, playing near his old South Mill Avenue stomping grounds at Arizona State, or Phil Mickelson, another former Sun Devil who won the Phoenix Open three times and finished as runner-up in 2008.

In Hideki, We Trust.

Matsuyama won it a year ago on the fourth hole of a playoff against Simpson. In '16, he again triumphed in a fourth-hole playoff over Rickie Fowler. He finished seven of those eight regulation rounds under 70; the other, the second round in '16, was 70. He is 31 shots under par at TPC Scottsdale over the past two years, and he's 45-under in his past three Phoenix Opens; he finished as runner-up, with two others, to Brooks Koepka in 2015.

He's a cagey dude. Private. Even Japanese media were shocked when, in August 2017, Matsuyama announced that not only had he been married, in January, but his wife had given birth to their first child, a daughter, in July.

His personal life in beautiful stability, his professional one has been superb. He's 30-under in three tournaments since December, and this past weekend at prickly Torrey Pines he finished in an eight-way tie for 12th, at 5-under 283.

Obviously, he relishes Phoenix, the heat and that funky 16th, which he came within six inches of holing out in last year's third round. He has talked earnestly of learning English, to converse with the media here, and fans. However, the language is universal in Phoenix, where the rowdies bathe him in applause.

This one requires scant homework. Making an additional play on a former Phoenix runner-up like Fowler leads to covering yourself with Simpson, another Phoenix bridesmaid, and another, Hoffman, then maybe others, like Brandt Snedeker and Bubba Watson ... no. Stay away from the shenanigans, the Hoboken Hustles. We'll pass on the buddies Jordan Spieth and Justin Thomas this week too.

The other guys get no nods here. Seeking longshots can provide a pretty payoff, but this week it appears to be a futile experience, wastes of time and coin, and thousands of computer simulations. The name of the game, especially in Phoenix, is waste management. Eliminate the distractions. The lone play is Hideki Matsuyama.

Rob Miech contributed to this article