NHL Picks and Props -- Will Islander Coach Do the Right Thing By Palmieri?

Kyle Palmieri could be a big part of the proceedings as the New York Islanders try to get ahead in Game 5 of their Stanley Cup series against the Tampa Bay Lightning.

The New York Islanders are hell-bent on reversing last season's result in the NHL playoffs, which saw the Tampa Bay Lightning beat them in six games en route to winning the Stanley Cup.

They came very close to being one game away from elimination going into a road trip, but defenseman Ryan Pulock made a heroic save on a shot by Ryan McDonagh right at the end of regulation to preserve a 3-2 win, which evened up the series. 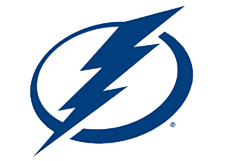 Now the Lightning are a favorite in Game 5 (8:05 PM ET at Amalie Arena), as is posted by our friends at BetOnline:

Head coach Barry Trotz is notorious for not wanting to shuffle his lines, for the sake of continuity. But he's been faced with some choices because his Islanders have not been able to generate enough firepower.

One of the things he did was to take Leo Pomerov off the first line and replace him with Kyle Palmieri, who has had a strange existence with the team. Acquired after the midway point of the season, as the Islanders sought to fill the void left by the season-ending injury to captain Anders Lee, Palmieri, who is a Long Island native, scored just two goals in 17 regular season games.

But he had seven goals in the first two playoff series, and quite obviously, that's a good thing. Along with Jordan Eberle and Mat Barzal, those three individuals on a line together generated three scoring chances in seven and a half minutes. And, according to the analytics site Natural Stat Trick, Palmieri and Barzal have been on the ice together for just under 22 minutes in these playoffs, and the Islanders have scored four goals in that time. 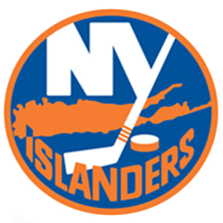 Palmieri currently sits with no points in the series. And that would seem to be a waste of talent. Trotz has done a tremendous job taking this Islander team into contention, but he doesn't really know how to answer the question as to whey he has not used Palmieri more, or, in the opinion of many fans and media members, properly. His retort is that everybody "can play fantasy hockey" all they want, or something to that effect.

Well, when you have a combination, and it produces, that's no fantasy. It could just be that he wants to make changes in his own time, so as not to appear as if he's being forced into it.

So we can't tell for certain whether Palmieri will get more than the 14 minutes (or slightly less) that he played in Game 4. In one of the props at BetOnline.ag, he is priced at +138 to earn a point (goal or assist) in Monday night's contest.

We would probably rather be on the side of that than to lay -182 that we WON'T register a point. And we might take a flier on the "over" when it comes to shots on goal - right now the price is -127 that he'll get more than two.

We'll trust Trotz to know what's good for his team, at least in this game.

Remember that BetOnline brings plenty of props to the table when it comes to betting on the NHL Stanley Cup playoffs...... And with "Live Betting," you have access to real-time wagering to make everything an experience you'll never forget....... Every day, Odds Boosters gives you greatly enhanced payouts on pre-selected parlays, and you can use Bitcoin to make your deposits 24 hours a day!