Super Bowl odds and predictions for the big game between the Patriots and the Seahawks.

The stage has been set for the single-biggest betting event of the year and VietBet has set the odds with the New England Patriots going into Super Bowl XLIX as one-point underdogs against the defending champion Seattle Seahawks.  The early odds moved around a bit early in the week, but have settled, make this game a pick 'em at the time of posting. The betting line for the total in this showdown has been set at 48.5. 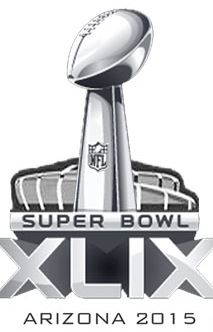 The Patriots have lost their last two Super Bowls and in seven previous appearances in the NFL's biggest game they are just 1-5-1 against the spread while going 3-4 straight up. They punched their ticket to this season's big game by punching Indianapolis in the mouth in a 45-7 romp in this past Sunday's AFC title game as seven-point home favorites. The total in that game stayed UNDER the closing 52.5-point line and it has now stayed UNDER in three of their last four outings.

Future "Hall of Famers" have a tendency to come up big when their team needs them the most and that is exactly what Tom Brady did against the Colts. He completed 65.7 percent of his 35 throws for 236 yards and three scoring strikes. He found Julius Edelman nine times for 98 yards and LaGarrette Blount balanced-out the attack with 148 yards and three more scores running the ball.

The Seahawks must be living clean after escaping with an improbable 28-22 victory against Green Bay in the NFC title game. They turned the ball over five times to trail by as many as 12 points midway through the fourth quarter. Russell Wilson contributed four interceptions to help create this deficit, but he saved his best play for last in a 35-yard touchdown throw to Jermaine Kearse a little over three minutes into overtime to steal the win. Seattle closed as an 8.5-point home favorite on VietBet's betting odds and the total went OVER the 45-point line.

Seattle is now a perfect 8-0 SU in its last eight games with a profitable 6-1-1 record ATS. The total has gone OVER in three of its last four contests. This was just the first time that the Seahawks' vaunted defense allowed more than 17 points during this eight-game run. With this victory, Seattle has gone 6-1 SU and 5-2 ATS in its last seven playoff games.

When it comes to handicapping this matchup, I really like New England's chances to reverse its recent misfortunes on the NFL's biggest stage to bring home a fourth Super Bowl title in franchise history. The Patriots probably welcome the roll of underdog and I am not sold on the idea that Seattle's defense will be able to deny head coach Bill Belichick another world title this time around.