NBA Betting -- K.D. and A.D. out of Nets-Lakers encounter....but LeBron and Harden are A-OK

The Los Angeles Lakers are without Anthony Davis as they take on the Brooklyn Nets, who will be playing without Kevin Durant.

Preview and Pick for Nets at Lakers

The Los Angeles Lakers obviously want to repeat as NBA champions. The team that has made the most meaningful player personnel additions is the Brooklyn Nets, who are now the favorites to win the Eastern Conference.

These teams will meet up in the second half of the TNT double-header for Thursday night, slated for 10:05 PM ET at the Staples Center.

BetAnySports customers can get reduced juice, which gives them a better deal on the odds, and then after the game begins, they can place wagers on the outcome through Sports Betting Prime.

If you wanted to bet it right now, you could get a price of +507 that the Nets and Lakers would meet for the NBA title. And that is the lowest price on any potential matchup.

In point of fact, these teams are the favorites to win their respective conferences. Brooklyn is +165 to win the Eastern Conference, while Los Angeles is +125 to win the Western Conference. Interestingly enough, neither team is currently in first place; the Nets trail the Philadelphia 76ers by 1.5 games, while the Lakers are two games in back of the Utah Jazz. 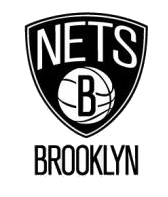 And the objective is to get this whole thing working like a well-oiled machine by the time the playoffs come around. It is important that everyone is healthy by then. Right now Durant is missing with a hamstring injury, and he had to sit out against Phoenix last time out, along with Irving (back). The Nets fell behind by 21 points at the half, but came back with a furious surge to win.Here are the numbers as they have been posted at BetAnySports:

Anthony Davis is out of this game with what was first announced as a calf injury, and is now a strained Achilles. We are familiar with some of this, since it sounds a lot like the injury Durant had before he aggravated it in the playoffs a couple of seasons ago. So we'll await word on how much time Davis will be out.

He takes with him not just the 1.8 blocks per game, but also the athletic defensive presence that alters the approach of opponents. The Lakers have Marc Gasol up front, and he is a former Defensive Player of the Year, but he is 36, and more effective as a complementary piece to Davis, rather than a guy who is going to dominate himself in the middle. He also averages just 20 minutes a game.

The Nets won't win the NBA title with just James Harden and Kyrie Irving. But as long as James Harden is in the lineup, they've got someone who is going to facilitate some offense, not just for himself but for others.

Harden leads the league in assists with 11.8 per game. And everyone is raving about how he completely makes this offense work with his court sense. And Brooklyn ranks #1 in Offensive Rating (points per 100 possessions).

Having LeBron James is obviously great for the Lakers' side. He's getting his numbers as usual - 25.7 points, 8.2 rebounds and 7.9 assists. But he doesn't win that NBA title without Davis.

And I'm not sure the Lakers cover this number without him either. Remember that this team made the decision to run less and concentrate more on the defensive end this season, and without the major component of that it's different. It is likely that the Lakers will indeed run more in this game, and that would be perfectly fine with the Nets, I'm sure.

We're going to grab the points with Brooklyn, and, to facilitate a parlay, we'll also go over the total, as the Nets have exceeded the posted number in 22 of their 30 games.

BetAnySports rocks your world with a plethora of NBA betting possibilities, and there's always value to be had using reduced juice for better odds....... And don't fret if you missed the opening tip - you can jump into the action at any time with Sports Betting Prime...... Get your account opened with a debit card, credit card, person-to-person transfers or the virtual currency of Bitcoin, which is fast and easy with their automated system, and NEVER incurs a transaction fee!