Monday Night Football Props -- Does Matt Ryan hold the fate of the Colts in his hands?

Matt Ryan has been given another football life by Jeff Saturday, and he takes the field for the Indianapolis Colts against the Pittsburgh Steelers on Monday night on ESPN.

Between the Indianapolis Colts and the Pittsburgh Steelers, we think it's fair to say that the Colts are the team that still has a chance to get into the playoff fray.

As BetOnline patrons can see, at least they could conceivably win the AFC South, as they will be just two games behind the Tennessee Titans. The Steelers are 3.5 games behind in the AFC North.

So after all the weird things that have happened to Colts fans, their team still has some hope. And if it stays that way for a while, undoubtedly Matt Ryan, the former MVP of the league, will be a part of that.

And that may have been the furthest thing from everyone's mind just a few weeks ago.

So he's got a rebirth, we suppose. And he'll be operating against the Steelers on Monday Night Football at Lucas Oil Stadium (8:15 PM ET).

Without question, the biggest challenge for the Colts will be in keeping the Pittsburgh defense "honest' so that they can run the offense the best way, which generally means sending Jonathan Taylor left, right, and up the middle.

And how well does Ryan has to do to affect that?

Let's see what the over-under on passing yards on Ryan is, as it is posted in the NFL Monday Night Football props at BetOnline:

Ryan is the only starting quarterback in the NFL who has averaged less than six Intended Air Yards per attempt. What that means, basically, is that he doesn't exactly stretch the field. That allows Pittsburgh to get more defensive players close to the line of scrimmage. And one of those defenders is TJ Watt, which they haven't had for much of the year. 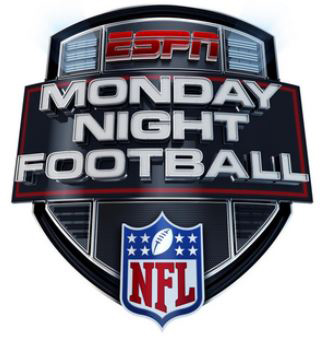 And maybe the short distances his passes have had to travel has something to do with his "On Target" percentage of 79.5%, which is the highest in the NFL.

There is also Ryan's dark side, in which he was leading the league in turnovers by a wide margin at the time he was benched in favor of Sam Ehlinger. Ryan has also been the victim of an offensive line that has not given him the best protection money can buy. Indy let him get sacked 29 times, and on an overall basis, the Colts are surrendering a sack rate of 8.9 %, which is 5th worst in the NFL.

But wait just a minute. Ryan has thrown two interceptions and has not fumbled the ball at all in his last four appearances. And after being sacked 21 times in the first five games, he's suffered only eight in the last four.

You may know the story by now. The decision was made (by somebody, probably owner Jim Irsay) to bench Ryan in favor of the inexperienced Ehlinger, a second-year man out of Texas. Then a week later the offensive coordinator, Marcus Brady, was fired. And then after that, Frank Reich got the ax. But after Jeff Saturday was hired, literally out of the broadcast booth, to take over on an interim basis, Ryan came back into the picture. And in these last two games he's completed 44 of 60 passes for 435 yards.

They've run the ball more, now that Taylor has returned to the lineup. Still, they have only 37.3% running plays over the course of the season.

So the question is whether Ryan is going to put the ball up in the air in an excessive way. He's 69.2% accurate this season, which is the second highest of his career, but of course we explained about the dinking and dunking he's been engaging in. He'd have to put the ball up about 35 times to make the "over" happen. And we're not even figuring the turnovers into the equation, but the pressure will affect him.

In the end, it's a little safer bet to be on the side of the "under."

BetOnline gives you the opportunity to access Prop Builder, which offers a lot of different angles to test your skill at handicapping...... Don't miss out on that, or on the chance to stay with the action by clicking the "Live Betting" link at the top of the interface....... And the easiest thing of all is to open up an account, because you can use your credit card or any kind of cryptocurrency you can think of!