Ever since New York legalized online sports betting in the state with a 51% tax rate there have been calls for the taxes to be lowered. At the North American Gaming Summit, New York senator Joseph Addabbo argued that the sites understood the tax matrix rules when they applied for a license, so they really have no one but themselves to blame for agreeing to it. But sports betting sites have claimed that the tax rates make it impossible to be profitable. Other New York state legislators say that the tax revenue goes to education and youth sports, so they don’t want to mess with it and feel the sites should be honored to be contributing to a good cause. Addabbo, however, did offer up that some of the revenue they are taxing may be unreasonable and the state may consider allowing sites to offset promotional offers and credits against revenue. In better words, if a company like FanDuel offers a promotion that an NFL team only needs to score 1 point for a bettor to win their wager (effectively free money), then when the player wins that bet and subsequently loses “the earned winnings” on a different game, that losing bet is added to revenue and taxed by the state at the 51% rate.

This was a similar complaint made in Britain that convinced the UK Gaming Commission to charge a tax on gross profits rather than revenue.

As a result of the rules and tax rate of the state, sites are likely losing money, despite New York slowly creeping up to be the largest sports betting market in the U.S. In July, for example, New York books logged over $800 million in handle and $73.9 million revenue, which should have resulted in massive profits for both the state and books but the $36 million in operator revenue spread out over 9 companies almost certainly will result in losses for most of them them, after all costs are taken into account. FanDuel which continues to dominate the state in handle is in the best shape, but even for them, the profits were likely very small due to promotional losses and tax. More will be known when the companies release their annual reports, although the cries from all sports betting companies that the taxes are killing them indicates they are all showing overall losses.

Around the U.S., online tax rates vary from a low rate of 6.75% in Nevada and Iowa to 51% in New York and New Hampshire. Rhode Island’s rate is higher, but sports betting online is conducted via the lottery. New Hampshire also is regulated by the lottery, and they gave DraftKings a monopoly to take in sports bets online. Consequently, DraftKings has little incentive to advertise or offer large promotions in the state and with a monopoly and few costs other than overhead, it is easy for a company to make money paying 51% to the state. Surrounding New York, Pennsylvania has a 36% tax rate, Connecticut has an 18% tax rate, New Jersey has a 13% tax rate, Maryland has a 15% tax rate, Virginia has a 15% tax rate, Washington DC has a 10% tax rate and West Virginia has a 10% tax rate. In the province of Ontario, the tax rate is 20%. So, other than Pennsylvania, the tax rates on sports betting averages around 15%-20% and with Pennsylvania, Connecticut and New Jersey, the online gambling companies can offer casino play along with sports betting. This is monumental as casinos offer a guaranteed profit and bring in an additional clientele that may have little interest in sports betting. So online casinos can easily offset any losses on sports.

It is likely, therefore, that when Massachusetts passed a bill to legalize sports betting, New York could have an ally for unreasonable tax rates. The Massachusetts House seemed anxious to offer a product with a low tax rate and few restrictions.  They proposed a 12.5% rate for retail sports betting and 15% for online sports betting, while the Senate wanted a 20% tax rate for retail and 35% for online. The House also wanted no limits on how many operators could operate, while the Senate wanted the number of operators limited to nine. The Senate also wanted a ban on advertising, while the House felt a ban was unrealistic and counterproductive. There was a stalemate for almost a year after both the House and Senate overwhelmingly passed sports betting bills in July 2021 due to the demands of each side, but it appears the Senate finally caved after it received blowback from both the Governor and the Massachusetts sports teams. In a letter sent to the legislators by council for the Boston Bruins, Boston Red Sox, New England Patriots, New England Revelation and the PGA Tour, they effectively told the Senate to stop delaying, drop their advertising ban and get the law passed.

"These unprecedented ad restrictions are impractical, unnecessary, and unduly burdensome, and they are also unconstitutional. No other jurisdiction has taken such measures, which would have the unintended effect of undermining the legal sports betting market and enabling illegal operators to continue to attract customers in Massachusetts," the letter said.

The Senators countered that the ban was necessary to combat underage and problem gambling, to which league council responded:

"To be clear, we agree that underage gambling and problem gambling are serious matters. But league policies and other provisions in the House and Senate bills – provisions we support – can directly address these concerns without infringing on protected speech or creating impossible administrative hurdles." 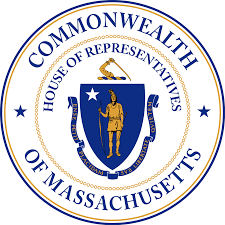 The bill needed to pass before August 1st for sports betting to take place before the legislative session ended and it appears that the Senate realized they were fighting a losing battle, especially since those they claimed they were trying to protect rejected their arguments. Plus, Governor Charlie Baker said he wanted legislation on sports betting passed before August 1st. Consequently, the Senate and House compromised on most of the demands, with the House coming out ahead.

The bill which was passed by a 36-4 margin on August 1st and signed into law by Governor Baker on August 10th stipulates the following:

- A 15% tax on retail sports betting and a 20% tax on online and mobile sports betting
- A ban on in-state college games, except during tournaments. So, betting on Boston College would be illegal in the regular season, but would be ok for March Madness or bowl games.
- A maximum of 15 online sportsbooks would be accepted and all casinos and racetracks would be able to offer sports betting
- There are no restrictions on advertising
- Credit cards are prohibited for funding accounts

Sports betting has not yet begun in Massachusetts and likely won’t begin until later in the fall because all of the details need to be worked out and the full set of regulations needs to be drafted. The Massachusetts Gaming Commission is holding an open session this coming Thursday when the full schedule of implementation should be known. The state also must decide on what 15 operators will receive licenses. At last report, 42 operators have applied for an online sports betting license, including some companies that have not applied in other states before. This list includes several Massachusetts based digital companies and at least three Tribal groups. It is almost a certainty that FanDuel, DraftKings, BetMGM and BetCaesars will receive at least four of the licenses, but the state needs to make sure they don’t make the same mistake the German government made almost 10 years ago and give preference to local companies over the more well-known brands for the other licenses. But regardless of who is chosen, the tax rate will be 20%.

Undoubtedly this final tax rate frustrates New York legislators who were hoping to point to another state to justify an unreasonable tax. I recall speaking to a lobbyist in New York earlier this year who said he spends his days hearing government officials trying to defend the indefensible and he knows on good authority that most legislators opposed the crazy tax rate, but didn’t want to oppose Governor Andrew Cuomo, who demanded at least 50%.  The state could lower the tax rate by adding four new operators, since the tax rate for 13 or more operators declines to 35%, but that would likely not satisfy the state legislators who want 50%. Nor does it appear there are four new operators banging on the door of the state to come in, even 35%, considering it doesn’t include casino betting and existing NY sportsbooks are struggling.

So, Massachusetts is the latest state to license and regulate online sports betting and residents will no doubt be anxious to get their bets down on the New England Patriots and Boston Bruins in the near future. Some companies like Mohegan Sun will be frustrated since they now must compete for business to their resort hotel in Connecticut and pro 50% New York legislators are almost certainly upset as they were hoping to be able to say "see, we're not alone," when the tax rate was announced. But at a rate of 15% retail and 20% online, the tax rates provide a benefit to bettors, who will likely see some great promotions that are limited in New York these days due to the tax rate; it provides an incentive to sports betting operators who will be able to justify the lower tax rate, especially since competition will be limited to just 14 other operators; and it will almost certainly benefit the state since tax revenue will stay in Massachusetts rather than going to neighboring states like Connecticut, New York or Pennsylvania.