Earlier this week German officials announced a plan to double the number of sports betting licenses from 20 to 40 in an effort to get the go ahead for its new licensing plan. As OSGA reported previously, German officials introduced legislation that would license 20 gambling operators to offer sports betting in the country and when those licensees were chosen 16 were given to small local companies while the other 4 were given to Ladbrokes, Betfair, Bwin.Party and Mybet Holdings. As such companies like Bet365 and Victor Chandler which made the second cut of 35 potential licensees got shut out in the end and immediately went to the EU claiming the process was flawed and contrary to EU rules. The EU agreed and announced that Germany's licensing scheme did not fit with EU standards since they were being discriminatory and because the method Germany used for choosing the licensees was not transparent. To make matters worse for the federal authorities in Hesse, which chose the licensees, there was a lot of backlash within Germany as well.

The German Sports Advisory Board (consisting of several German interests, including sports teams) indicated that they weren't happy with the choices and weren't consulted when the licensees were chosen, as they were promised they would be. The sports teams undoubtedly wanted licensees that they could partner with and believed that sites like Bet365 and Victor Chandler provided far larger revenue potential than many of the small local companies that were chosen. Other courts in Germany also indicated they weren't happy with the process and stated a concern to the federal authorities in Hesse that the process would be struck down by the EU, since it contained so many flaws. As a result, the German minister in charge of online sports betting admitted the whole process needed to be scrapped and decided to meet with the leaders of the 16 German states to come up with a new plan that would put them in compliance with EU rules and would also make the state governments and sports teams happy. This week the state governments agreed to double the number of licensees to 40 from 20 which means that all 35 companies that made the second cut would get a license and there would be 5 additional licenses, possibly for companies that didn't make it out of the first cut or for 5 newcomers.

Despite this new concession there is still some belief that the gesture is not enough and the EU will continue its efforts to get Germany to start over and come up with a new plan that is completely transparent and come in line with EU rules.

I spoke with Clive Hawkswood, the Chief Executive of the Remote Gambling Association in London, England to ask him about the situation.

Q: I know the EU has stated that the German method for choosing sports betting licenses was contrary to EU rules and won't allow it to stand but I was wondering why that is the case. Apparently offering 40 or 240 licenses isn't the issue since the rules state that all EU countries must provide unlimited access to companies to offer gambling services.
A: "The premise of your (question) isn't quite right. EU rules don't permit unlimited access (far from it unfortunately). The EU gives countries huge latitude over gambling regulation and we are moving to a model where companies will need to get local licenses in each country where they want to accept bets from. It will be similar to the US Federal model with little harmonization. However, countries are not meant to put unfair barriers in the way – i.e. if a company based in another member state meets the required standards then they should be treated the same as the locals and between each other. This is where the Germans have fallen down. They picked a number of licenses at random (with the majority coming from Germany). That can't be right. Basically if 100 companies meet the regulatory standard then they should all get licenses. If only 20 licenses are available, then they have effectively discriminated against 80 others."

Q: Is there a concern that Germany 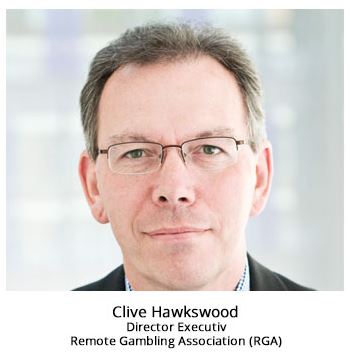 is only allowing sports betting and not casinos or poker? Can Germany use some sort of morals argument to justify only allowing sports betting and if they can what must they do to make sure they don't infringe upon that themselves (in better words would Germany need to make sure there are no casino or poker games taking place in the country in order to say it goes against their morals?).
A: "Member States can decide which types of gambling they allow so the EU will happily keep letting them just regulate sports betting and not casinos (in France for instance they license only sports book and casino). They do not really have to justify their decision to the EU on moral or any other grounds."

It should be noted that Schleswig-Holstein issued licenses to various gambling sites including PokerStars to offer sports betting, casinos and poker and were prepared to ignore the new federal law believing they have solidarity to operate as they like. In the last election, however, the state elected a more federal friendly leader who announced that his state would fall in line with the new federal legislation. As such, when the licenses expire in the next couple of years, the Schleswig-Holstein licenses will be null and void.

Q: Lastly what, if anything, is the RGA's opinion on the whole controversy and what if anything can you do to ensure Germany is compliant with EU rules?
A: "For our part, as we do everywhere, we are lobbying for all forms of online gambling to be licensed."

So regardless of the 20 additional licenses, it appears that Germany is still in violation of EU rules. The country is obligated to provide equal access to all EU member countries and the number of licenses can't be arbitrarily capped. So if a company based in England, France, Spain, Austria etc. is willing to adhere to the new German rules, including paying the hefty tax, then they must be given a fair chance to get a license. So increasing the number to 40 or 2400 licenses won't change the fact that Germany is in violation of the EU trade agreement which demands equal access for all.

As well, Clive stated, the country has the right to only offer sports betting licenses but the majority of the gambling companies will likely want to offer casinos or poker as well since that is a bigger money maker than sports. There are over 50 land based casinos in Germany, most which also offer poker, so the country's implied concern against online casino gambling on moral grounds puts them in the same league with Sheldon Adelson who is suggesting that his Sands casinos are good but online is evil, since it may eat into his land based revenues. Moreover, it puts them in the same league as the United States Trade Representatives whose stated complaint against Antigua deemed online gambling immoral despite the fact that Nevada, New Jersey and Delaware now offer online gambling and most likely the majority of states will offer it at some point too. The USTR never changed their stance and continues to try and block any Antiguan proposals to offer gambling services to the U.S. on moral grounds. Clearly the reason Germany doesn't want online casinos and poker is strictly for protectionist reasons which, if it can be proven, may indeed violate EU rules. And, like the situation in the United States, if German officials can be shown that there is a great amount of money to be made online and it won't cannibalize current land-based casinos they will probably get on board as well.

What will happen next is uncertain. The 40 licenses will provide the opportunity for Bet365, Victor Chandler and many other upset companies to offer their services, but there are still numerous sites that will be shut out and will appeal to the EU to step in on their behalf. If the EU is honest and sticks to their rules, then they will not accept the 40 licenses and will demand that Germany consider applications from all gambling sites that meet their licensing requirements. If, however, the EU is happy to accept the 40 licenses, since it appeases all the major sports betting companies, then it will likely end there. OSGA will continue to follow the situation and provide updates.