Friday Night College Football Picks -- Will All Be 'Golden' For Minnesota and Tulsa?

The Minnesota Golden Gophers try to rebound from a loss, and the Tulsa Golden Hurricane tries to build upon a big win in Friday's night's college football action.

Needless to say, Minnesota's 49-24 loss to a very young Michigan squad last week was a surprise. While the Gophers returned a lot of key offensive personnel, including Tanner Morgan (30 TD's, 7 INT's last year), the defense, particularly up front, was undergoing a lot of turnover. And Michigan ran roughshod over them (8.2 ypc). This isn't the kind of thing the fiery PJ Fleck will abide too well. So you can expect a fired-up Minnesota squad.

And maybe that's not such a good thing for Maryland. The best thing we can say about the Terps right now is that they are in a rebuilding mode. Life in the Big Ten is rough for those schools who came in from lesser conferences, and we're not sure you want to go into the rebuilding phase with Mike Locksley, who now has a 6-41 record as a head coach.

One youngster who is taking his lumps is Taulia Tagovailoa, and yes he is the brother of Tua. He's got a long way to go, as he was intercepted three times with 94 yards on 25 pass attempts in the 43-3 loss to Northwestern. He may not look ready, but there's no other choice for the Alabama transfer, as senior Josh Jackson opted out of the season. Well, maybe Lance LeGendre, but Locksley has insisted that the dual threat will be used for special packages primarily.

Things may get worse for Maryland before they get better. MINNESOTA - go you Gophers.

It's been something of a rocky road for Tulsa, which has been hit by COVID-19 cases and had to sit out a lot of time - almost three weeks, in fact - before going into Tampa and blowing out South Florida.

Undoubtedly, there is going to be a frenzy - at least among the true Tulsa faithful - as the 'Cane lines up for its first home game in almost a full year. It ought to be an inviting atmosphere, especially as East Carolina is giving up 458 yards per game. Maybe they can control things on the ground with Deneric Prince (6.4 ypc), although Zach Smith, the Baylor transfer, has been solid but unspectacular (63%, 8.2 ypa). 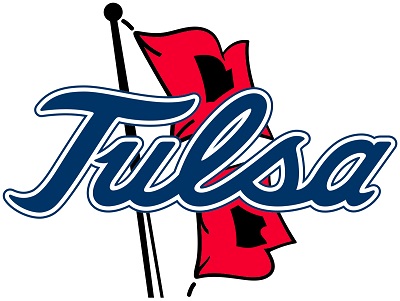 If you are looking for a pleasant surprise here, it's the Tulsa defense, which in the category of yards allowed per game is in the nation's top 35, surrendering just 3.3 yards per rush attempt, despite having to face Oklahoma State and Central Florida. According to the advanced stats at Football Outsiders, their defensive line is 8th in the country in both Adjusted Line Yards and Stuff Rate (holding opponents to no gain or a loss on running plays). So they'll make ECU one-dimensional.

And maybe you were looking for some additional incentive for the Golden Hurricane to put some distance between themselves and this opponent? Well, Tulsa gathered the 28th greatest total of points in the latest Associated Press poll, which means they are pretty close to getting in the national rankings. Playing a little "bully ball" won't hurt the cause. We'll lay the points with TULSA.

Check out the props available for college football action at BetOnline. There's a ton of them! And keep in mind that you can put bets down on these games even while they are actually in progress....... But don't start any day without investigating what Odds Booster has to offer - like greatly enhanced payouts on pre-selected parlays........ They have a HUGE number of payment options, and that includes crypto like Bitcoin, which works FAST!