Fading the Favorites in the Belmont Stakes

A preview of the 148th Belmont Stakes, including historical analysis and exotic wagering advice.

Saturday's 148th running of the Belmont Stakes, the oldest Triple Crown race, has 11 horses entered after front-running Gettysburg was added to the field Monday. He'll try to wire the field in the 1.5 mile 'Test of the Champion'.

Closers expected to be running down Gettysburg and potential front-runners Destin and Stradivari include Exaggerator, Brody's Cause, Suddenbreakingnews, Cherry Wine and Creator. Long shots Lani, Governor Malibu, Wild About Deb and Trojan Nation complete the field thus far. Trainer Dallas Stewart could add another pair to the Belmont starting gate with his recent maiden winners Forever d'Oro and Seeking the Soul.

"In the last 10 years, the Belmont Stakes betting favorite has finished first once and second once!"

Betting the races offers a variety of opportunities. Many fans and gamblers are likely to support race-day favorite Exaggerator, who won the Preakness Stakes over Kentucky Derby winner and previously unbeaten Nyquist. But despite Nyquist skipping the Belmont with an illness, and Triple Crown winner American Pharoah winning last year's Belmont as the 3-5 favorite, it's worth noting that Belmont favorites have not fared well since the turn of the 21st century in 2000.

There are very few horses that tower over a field in a Classic race, and that's especially true when you add the Belmont distance and note more recent results and upsets. Last year American Pharoah was an exception, as was 1973 winner, the spectacular Secretariat, who won the Belmont Stakes by 31 lengths in a record time of 2:24.00.

Over the past 15 years, just three betting favorites have won the Belmont Stakes: American Pharoah (2015), Afleet Alex (2005) and Point Given (2001). In fact, other than American Pharoah, only Curlin (2007) as a favorite was able to finish top-2 since 2006. So in the last 10 years, the Belmont Stakes betting favorite has finished first once and second once!

Exaggerator is the son of two-time Horse of the Year Curlin. He is a deserving favorite, and has the breeding and proven graded stakes performances to get the demanding 1 ½ mile distance with his closing kick. And after winning three races in the slop or mud, Exaggerator won't have to run over an off track with no precipitation in the forecast. A partly cloudy, mid-70's degree day is expected for Belmont's nine stakes races Saturday including the $1.5 million Belmont Stakes.

In 2011, Ruler on Ice delivered a bomb in the Belmont, winning as a 24-1 long shot to pay $51.50. He sat second and stalked the pacesetter the entire way before holding off another longshot, Stay Thirsty (16-1), for the win. Rule on Ice paid a hefty reward of $50.50 on a $2 win wager and the exotics were huge with the exacta payoff of $928 and trifecta $8,268 with 10-1 shot Brilliant Speed finishing third. Race day favorite Animal Kingdom (5-2) stumbled badly out of the gate and could not sustain a late run to finish sixth. 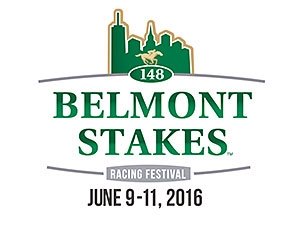 In 2009, Mine That Bird (6-5) was another favorite that faltered in the brutal Belmont, finishing third. Summer Bird (12-1) circled six wide at the top of the stretch and surged to the front in the final sixteenth to capture the carnations and reward his betting backers with a $25.80 payday for $2. Dunkirk (4-1) got up for second by a neck to pay a $121 exacta.

When wagering on horse racing, understand that in parimutel betting, the house takes a cut of each pool, called the takeout. The takeout varies depending on the track and type of wager. Belmont Park rakes 16% for straight bets (those on a single horse) and 18.5% for exotic bets (those involving multiple horses).

The intriguing setup for this year's Belmont Stakes became more interesting with the addition of front-runner Gettysburg, who is now being trained by Steve Asmussen. The race looked like it lacked pace-setting speed up front. Gettysburg will ensure an honest and legitimate pace, which should help the closers gain ground in the deep stretch.

While this year's Belmont may lack the luster without a Triple Crown threat like the last two years, it's still got plenty of betting opportunities with a potential big payoff.

Having won with Exaggerator in the Preakness after just missing with him in the Kentucky Derby, I'll have a piece of him again at Belmont. But he'll offer little value, near even money, as the favorite. We'll tie him up using more recent history as our guide. I'll be looking for better prices on Suddenbreakingnews, who gets a rider change to top jock Mike Smith, along with Destin and Stradivari in hopes of a bigger payday. Throw in big long shot Governor Malibu, who has finished in the money in each of his seven races, and we might be enjoying an exotic drink with Malibu-rum should he complete the Belmont Stakes score.