After years of political posturing, bids are being accepted for a massive casino project in Toronto, but the reality is a casino will most likely be built in the suburbs of the 4th largest city in North America.

The gambling industry has been abuzz of late after the New York Post reported that Caesars is the front runner for a Toronto casino. According to the New York Post article, Caesars is making a push for a Toronto casino in hopes of refuelling the struggling company and is urging creditors to take a smaller payout as part of bankruptcy proceedings in exchange for an equity position in the new casino, which Caesars management says would be substantial once they win a Toronto casino bid. The article also stated:

"Toronto voted in July 2015 to approve a casino with live table games if it included an entertainment complex. At least two development sites in the city are under consideration."

Ever since that article was written, many media sources are saying that a casino in the downtown corps is imminent and that it would be a huge boon for the winning bidder. The article, while patently correct, has been badly misrepresented. 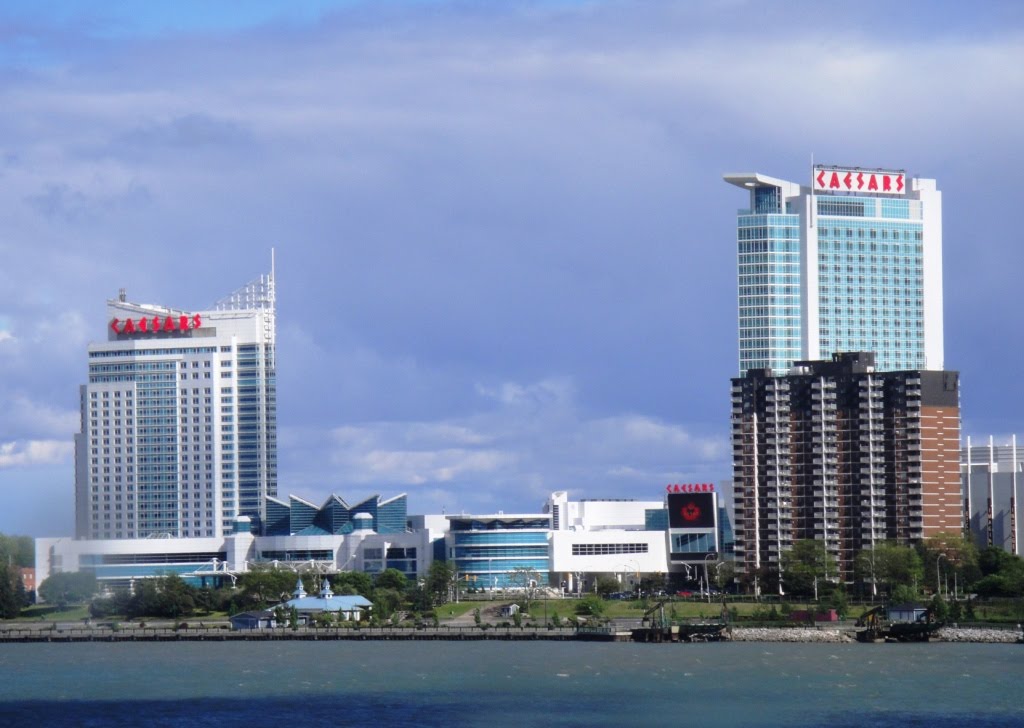 As many who follow OSGA will recall Toronto council originally voted against any casino in the city in a 2013 vote, a decision that angered the casino bidders like Caesars, MGM and The Las Vegas Sands who spent a lot of money on their bids, but were effectively sold a bill of goods being told by Ontario Lottery and Gaming (OLG) that a Toronto casino was all but certain, when, in fact, it never had a chance of winning council's approval. But when John Tory was voted in as Toronto mayor Woodbine Entertainment asked the city to reconsider its vote and allow expansion of gambling at its facility in Rexdale, which is located close to Toronto Pearson Airport. A few councillors that absolutely opposed expanded gambling under any circumstances in 2013 have since left city council after pursuing jobs in the private sector and in other areas of politics, and new councillors, which have been more open to gambling expansion, have been elected. Moreover, John Tory was able to persuade councillors of the merits of expanded gambling at Woodbine, since the area was already zoned for gambling and it would bring a lot of high paying union jobs to the city. Council thus reconsidered the decision and in 2015 agreed to allow expanded gambling at Woodbine as long as an entertainment complex was included in the bid. However, suggestions that the facility would be built downtown at Ontario Place or in other desirable places in the city are patently false. In fact, Ontario Lottery and Gaming (OLG) spokesperson Toni Bitonti told the Toronto Sun that the only facility being considered is Woodbine. John Tory, before becoming mayor, indicated he supported a casino during the 2013 bid process but he made it clear that Ontario Place was to be green space and/or a family destination and a casino was off the table and it doesn't seem that he has wavered from that position.

There are currently six casino operators in the running for the casino bid after MGM and The Sands withdrew from the process earlier. The six being considered are Caesars Entertainment, Great Canadian Gaming, Mohegan Sun, Fallsview, Penn National and Genting. While Caesars is the most well known as a result of owning 50 casinos throughout the world including Caesars Palace and Casino Windsor, some of the other bidders may be in a better position to build the new casino resort considering Caesars financial Woes. Let's go through each bidder individually.

- Great Canadian Gaming owns and operates Casino Nova Scotia, Casino New Brunswick, Casino Nanaimo, Elements Casino in Surrey B.C., Great American Casinos in Washington state and several racetracks and resorts throughout Canada. The British Columbia based company has revenues of around $60 million per year and employs over 5,500 people. The fact it is fully Canadian would be a big boon for the company in the bidding process but there may be a concern that it doesn't have any huge casinos in its portfolio, the size that Woodbine would likely be. It may also be too small to win the bid.

- Fallsview Casino operates the casino in Niagara Falls Ontario and has been a success. It is actually owned by Ontario Lottery and Gaming which could be a concern if OLG would rather just receive fees than operate another casino, plus several pundits indicated that there is a concern that Fallsview isn't making as much as it should, given its location and points to OLG as one of the reasons. As well some key members from Fallsview Casino left the company a while ago. It could win the bid, but is likely a longshot. The focus for Fallsview at this time should be with growing revenues in Niagara Falls.

- Penn National Gaming owns and operates Penn National racecourse and casino along with 6 other racetrack/slots casinos in the U.S. They also own and operate Casino Rama in Rama, Ontario, 16 casinos throughout the United States and 3 race tracks. The company is very highly regarded as a result of the success and award winning structure of the casino in Ontario and is quite large with revenues over $2.5 billion and over 16,000 employees. According to some insiders Penn National is the front runner.

- Genting Group is a huge Malaysian based company operating under the name Resorts World with 47 casinos in the UK, as well as several casinos throughout Asia and the United States. It also has investments in several cruise lines and successful investments in casinos in the U.S. including Foxwoods and Seneca Niagara in Niagara Falls, New York. The company has over $4 billion in annual revenue and employs over 58,000 people. It would be their first expansion into Canada. There are quite a few people in the gaming industry I spoke to that believe Genting would be a big boon to the province.

- Mohegan Sun is well known for it's massive resort casino in Connecticut but it has recently expanded into New York and obviously believes it will be well suited to operate a large resort casino and entertainment complex at Woodbine. Their association as a native group could help win the bid given the current climate in Canada towards indigenous rights, but there could be a concern that they may be too small for the bid. They may also have to arrange some sort of agreement with other native groups in Ontario and Quebec, specifically the Mohawks.

- Caesars needs no introduction as a result of their ownership of over 50 casinos worldwide including Caesars Palace, Harrah's, Ballys, Horseshoe Casino, Casino Windsor and the ownership of the World Series of Poker, not to mention their ownership of several golf courses. But Caesars has struggled financially and recently went under a big reorganization including Chapter 11 bankruptcy protection in January 2015 for its casino division. The company has been losing billions of dollars every year and there has to be a question as to whether they can afford to expand and more importantly whether they are the best option for a Toronto casino at Woodbine at this time. And the biggest question is whether the creditors will allow them to expand into Toronto.

The New York Post article mentions that at least 2 development sites in the city are under consideration, but after speaking to individuals well connected to the situation I was told that this isn't exactly true. Woodbine would be one of the venues and the other would be a smaller resort casino in Durham Region, a suburb just east of Toronto. Ajax Downs currently runs a quarter horse racetrack and slots casino in the city of Ajax, Ontario (about 30 miles northeast of Toronto City Hall) and they, along with the city of Whitby are trying hard to get OLG to expand that facility. However, the more likely choice for expansion is Durham Live which has already been approved by the city of Pickering (the city adjacent to Ajax) and the development seems to be in the final stages. In fact, there are signs in the lot of the multi-acre site in South Pickering advertising itself as the future home of DLive.

According to the Durham Live website (dlive.ca) the facility would offer a world class casino, indoor waterpark open year round, a 16,000 seat amphitheatre, state of the art cinemas, wold class restaurants, 3 hotels, including one 5-star hotel, commercial offices and other tourist entertainment venues. Ironically this is almost identical to what Woodbine was offering when they said they wanted to expand that venue, but according to my sources this is a two for offer. In better words, whichever company wins the bid for the Woodbine resort casino would also be given the rights to the Durham resort casino and entertainment complex. There is nothing officially on paper but at least three individuals, including one Durham councillor, told me that has already been decided.

So to set the facts straight, it is true that Toronto is set to build a resort casino and entertainment complex and it is true that 2 sites in the Greater Toronto area are being considered, but it is not true that the casino will be downtown. One casino will be at Woodbine and one will likely be in an eastern suburb. And it is also untrue that Caesars is the frontrunner. In fact, given its financial situation it may be the least likely winner. And one also has to really question whether Caesars' creditors will be willing to give up some of their payout under the terms of the bankruptcy in hopes that a Toronto casino will help grow revenues. There's no doubt that a Toronto casino will do well, given the fact that Toronto is the 4th largest city in North America and given the love of gambling by Toronto residents, but as has been seen with other casinos recently, the lofty revenue predictions that casino companies set out are rarely met.