A preview of the 145th Open Championship, including odds and a look at the five toughest holes at this year's course, Royal Toon.

The 145th Open Championship is upon us, a week earlier than usual to help accommodate the Olympics in August. The Open returns to Royal Troon for the ninth time, and most recent was in 2004 when American and true longshot Todd Hamilton pulled off the improbable upset to win the Open.

A 38-year-old PGA Tour rookie in 2004, Hamilton was listed at 500-to-1 by oddsmakers when he won the Claret Jug at Royal Troon in stunning fashion — overtaking one Hall of Famer (Phil Mickelson) down the stretch and another (Ernie Els) in a four-hole playoff. Recall Tiger Woods and Ernie Els were near 7-1 to win the Open Championship in 2004.

I had the pleasure of playing Royal Troon in 1994 while traveling to Scotland for a golf excursion with a group of 16 friends. I recall thinking I had hit a great iron shot into the closing hole and green at No. 18, which is guarded by five bunkers. But my ball landed on the green and rolled over onto the out-of-bounds path less than 10 feet beyond the green!

The memories are rich, and Royal Troon is a classic links course that was founded in 1878. Situated next to the Firth of Clyde in South Ayrshire along the rugged coastline of Scotland's western coast 35 miles southwest of Glasgow, Troon sits in the center of a rich vein of historic golf, including Prestwick, three-and-a-half miles to the south, which was home to the first dozen Open Championships. The front nine runs along the sea, and the course is designed in the traditional out-and-back manner of the Old Course at St Andrews. A gentle opening few holes and relatively straightforward closing stretch are the bookends for a series of holes which weave up, round and through some of the most striking linksland to be found at any of the host venues.

This character makes the strength and direction of the wind even more important than is usual on a links course: if the wind is against the players on the back nine, it's as tough a finish as can be found anywhere. And the forecast for this year's Open could be pretty nasty with a lot of rain and a fair amount of wind. The draw along with the wind and weather can play a key part in determining the outcome, so watch the weather forecast as Wednesday and Thursday tee-off arrives, along with the weekend forecast when round-by-round match-up betting at Bovada.

The course will likely will play substantially softer, meaning more targets and less bounces that define the subtlety of links golf. The quirky bounces with humps and bumps and more knockdown shots and bump and run play suggest more creativity, but still accuracy with strong iron play and ball flight control is essential for success. So too is scrambling and a deft short game around the greens. The greens at Royal Troon are smaller and flatter, so many average putters can still have good rounds with solid play from the fairway.

This year's Open at Royal Troon will play as a Par 71 and 7,190 yards. The five toughest holes in 2004 are below, and I've added a few others as keys to victory this week as well. 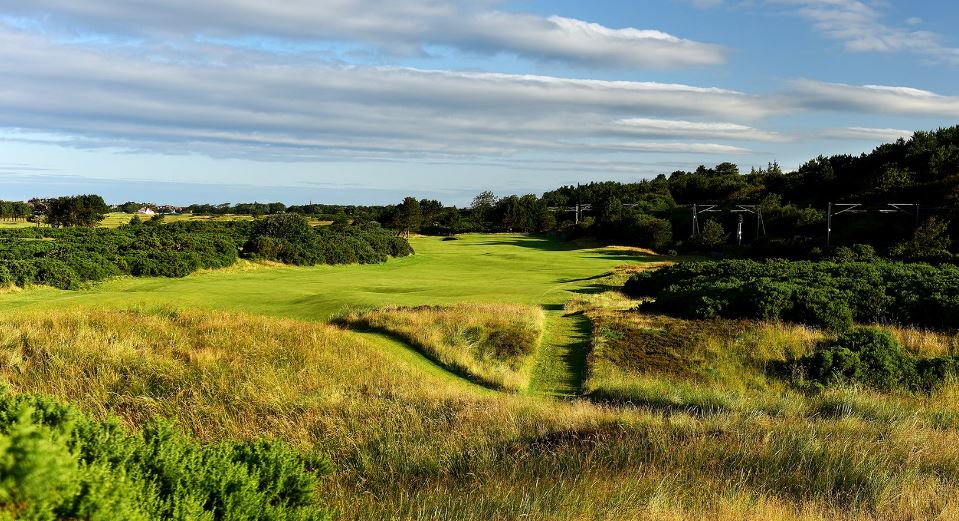 No. 11, 482 yards, Par 4. Stroke Ave.4.41 – 'The Railway' is traditionally the hardest hole at Troon. A 4-foot high stone wall runs down the right side and is out-of-bounds with the railway on the other side. Gorse bushes left, even more rough & gorse right.

No. 12, 430 yards, Par 4. Stroke Ave 4.31 – 'The Fox' hole has a prevailing wind straight into this slight dogleg right with a small raised two-tier green falling off down a bank to the left. No bunkers threaten the tee shot, only gorse. In 1989 Mark Calcavecchia, having just made a 50-foot par putt on the 11th, chipped in for birdie from 20 yards and went on to win a play-off.

No. 10, 451, Par 4. Stroke Ave. 4.30 - The links turns back into the wind, and No. 10 'Sandhills' is a challenging start into the prevailing wind. There are no bunkers on the hole, but the tee shot is over a hill to a narrow fairway, and the elevated green drops away sharply to the right.

No. 9, 422 Par 4. Stroke Ave. 4.23 – 'The Monk' is the final outward hole and the toughest on the front nine. A right-turning dogleg with a narrow, undulating fairway with heavy rough and gorse on both sides. A bunker is cut into the left side of the fairway at about 275 yards, and the approach must be perfect to a small, well-contoured green.. The tee has been extended 16 yards, making this the longest par 4 on the course. The drive is slightly blind to a plateau fairway, which opens up the second shot to a green nestling in a hollow. Three bunkers are short of the green, but none around it.

The 'Rabbit' hole at No. 17 will also be key. A 223 yard Par 3 predominantly plays into the wind with an upturned saucer of a green.

But experience definitely matters at an Open Championship. Learning the course in all weather conditions is an advantage, as Justin Rose noted while playing the course a few times this past weekend. "I've played it in a couple of different winds now which is really valuable. I've played it into the wind coming back in yesterday [Friday] and then downwind today, so it's amazing the difference. Yesterday I was hitting some three irons into some of the par fours and today I hit wedges."

We'll be back with some player profiles along with match-up to consider once they are posted.
Here are the top contenders current odds to win the 145th Open Championship courtesy of Bovada.