Several reports regarding Western Union and Bitcoin payments reinforce the problems getting money from an online sportsbook.

In the early days of offshore gambling the payment method was Western Union. Then the Internet evolved and online sportsbooks used online payment methods, first PayPal and then NeTeller. Then the U.S. passed the Unlawful Internet Gambling Enforcement Act (UIGEA), aimed at money processing companies, including banks, and shut down eWallets and hampered person-to-person transactions. Now the preferred payment method for online gambling is Bitcoin.

No method is perfect

Unfortunately, the U.S. Department of Justice (DoJ) has deemed legitimate online bookmakers on foreign soil the same as a corner bookie. The term "illegal online sportsbook" is the preferred moniker, despite the fact that several online sportsbooks are truly legal and even well-respected in their countries and have serviced U.S. customers for more than two decades without a hiccup. Except when it comes to payments.

Currently Bitcoin is used by almost every sportsbook that will take bets from U.S. customers. This method, though similar to the online wallets of years gone by, does not behave in the same way. And by now Western Union is dead to receive money and limited as a deposit method. Credit Cards can be used to deposit too, but most online sportsbooks can no longer credit the card back as part of a player payout.

Players can still use both WU and MoneyGram to send smaller amounts of funds to online sportsbooks in Costa Rica, Panama and the Caribbean. But recently we had a newer player who made a big mistake.

The player was sending in $250 to his favorite online book. He used Western Union to send the funds and figured on getting the fees back in his sportsbook account. He went to the local outlet for WU and sent the money. Then he sent an email with the money control number (MCTN). But he reversed two of the digits. He had . . . 4389 in his email and the funds were sent to . . . 4938.

The sportsbook was unable to actually pick up the funds due to the time sent and gave the player his money to play with as a form of 'credit'. The player went on to win another $200 over the weekend. Unfortunately, for him, the MCTN was wrong and the sportsbook could not pick up the money on Monday. The book immediately flagged the player and disabled his account. labeling him at worst as a scammer and at best as a shot-taker. Despite a passionate plea, the book in question voided the players account.

Was this guy taking a shot, using the ‘ole wrong-control-number scam to take a shot at the sportsbook and never send the money if he lost or was it just a case of temporary dyslexia. We'll never know for sure, but there is a lesson here for players. Triple check any MCTN numbers used.

Bitcoin is not a perfect solution either

We have had several players complaint about Bitcoin payouts that were either less than they requested or delayed. It seems like players aren't concerned, or even aware, of the wild price fluctuation that Bitcoin has seen in recent months. And the variance in the price of BTC is eye opening for some players.

If a player requests a payout of $1200 via Bitcoin, at today's market price he would get about 0.16 BTC. However, if the online sportsbooks sent out the BTC and the price drops significantly, like it did overnight two weekends ago, when BTC fell roughly $340 in a few hours, the players would received less funds than requested. In the example above, the .016 BTC would only be worth $1120, costing the player $80.

Unfortunately, we hear this complaint more than we probably should. Had the player stayed on top of his withdraw, he could have sold the BTC quickly and the theoretical loss would have been less that $25. Cheaper than a MoneyGram transfer or cashier's check.

We’ve also had some reports recently about withdraws via BTC taking up to four days to complete. Anybody who has used Bitcoin knows that payout times can vary. Though several days is too long to wait for something that should be almost instantaneous, we think that the sportsbooks are not only the smartest guys when it comes to setting betting lines, but they are no slouches when it comes to Bitcoin either. 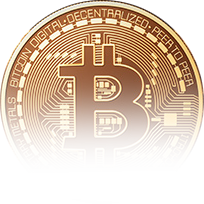 Though we have no confirmation from our sportsbook partners, we believe that sportsbooks online will often send the payout when the price of BTC is most advantageous for them. In the example above, the sportsbook sent the BTC when it was at the highest point of the day. They got a full $7400 for their coin. Had they waited; they would have got less than 7K.

There are other times that we have seen BTC on the rise. Again, we have heard during these periods that the sportsbook was a bit slow in paying. And a delay here makes some sense from a business perspective as well. Why send a player $1000 in Bitcoin, only to have it worth $1125 within a few hours.

Ever since the mid-2000s one of the biggest problems with playing at a sportsbook located outside the U.S. has been money transfer. The UIGEA made sure of that in 2006. Players need to be aware or everything they are doing not just with their bets, but also with sending and receiving funds. If all of this is too much to handle, licensed and regulated books are now available in many states. And, for some players, a drive to a land-based sportsbook, even if it's in another state, may alleviate the headaches of online money transfer and create a more enjoyable betting experience.