States preparing to legalize daily fantasy sports, as long as they get their share

Last week a DFS bill passed in the Senate and Assembly in New York thereby effectively making the bill a law, unless governor Cuomo vetoes it, which is unlikely.

Last week a daily fantasy sports (DFS) bill passed in the Senate and Assembly in New York, thereby effectively making the bill a law, unless governor Cuomo vetoes it, which is unlikely. The bill legalizes DFS providing it meets the normal gambling concerns about underage and problem gambling. There is also a clause in there requiring honest advertising practices and a list of the professional DFS players that are entered a contest, so that novices will presumably have a better chance by knowing the skill levels of the people they will be competing against. The last two requirements were obviously introduced to appease New York Attorney General Eric Schneiderman, who challenged the legality of DFS in New York and also accused DraftKings and FanDuel of deceptive advertising by suggesting novices had a better chance of winning than they actually do. The most important clause in bill to the state, however is a requirement to pay a 15% tax on gross revenues won by the sites in the state of New York to a maximum of $50,000.

New York is the just one of several states that has introduced legislation to legalize DFS. Colorado, Indiana, Kansas, Maryland, Massachusetts, Mississippi, Missouri, Rhode Island, Tennessee and Virginia have all implemented some sort of law that aims to make DFS legal as a game of skill. In most of those states, as well as in New York, high school and college sports are excluded. This will likely provide a big hit to both FanDuel and DraftKings who make a fortune during March Madness and bowl season but it's a cost of doing business. And more than likely the NCAA will likely object to DFS legalization unless their sports are excluded, since the NCAA has always been concerned about corruption among its athletes who are younger, poorer and more open to cheating than 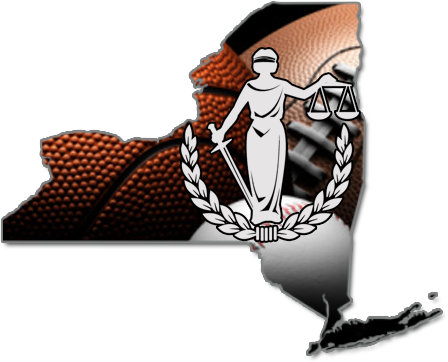 professionals. In fact, it's a safe bet that all DFS sites will voluntarily stop contests on NCAA games if it means legalizing all the professional contests. One other notable requirement in virtually all the states is a tax on gross revenue or some sort of annual licensing fee that allows the DFS sites to offer sports in their jurisdictions. No doubt the states will determine which is more lucrative to maximize revenues to state coffers and will set up the tax/fee accordingly.

As for other states, Alabama, California, Connecticut, Florida, Hawaii, Illinois, Kentucky, Michigan, Minnesota, Nebraska, Nevada, New Jersey, New Mexico, Oklahoma, Pennsylvania, South Carolina, Vermont and West Virginia all have bills on the table that could legalize DFS even though Illinois and Nevada stated originally that they believed DFS constitutes illegal gambling, which in turn led FanDuel and DraftKings to withdraw services from those states. And Arizona, Iowa, Louisiana and Washington, which never offered DFS since DraftKings and FanDuel deemed their laws to strict, excluded the product from the outset and now have bills on the table that look at possibly legalizing DFS. That means only 14 states are not currently considering any form of DFS legislation and really only Utah and possibly Alaska are off the table for ever legalizing the product due to their long time anti gambling stance.

I've spoken to several lawyers and industry analysts about daily fantasy sports and the uncertainty for a couple of years now and most agree that DFS is legal as a result of the UIGEA and state objections to it were never really a concern about illegal gambling and the usual issues surrounding underage and problem gambling but rather they wanted a piece of the pie. In fact, one lawyer/analyst I spoke to in early 2015 about DraftKings and FanDuel predicted this even before the DraftKings scandal of 2015 after FanDuel signed a partnership with MLB.

"FanDuel is huge right now but it will have to come to a boil at some point. The leagues, players, TV and radio stations and other media and of course the fantasy sports companies are making out like bandits but the states aren't getting anything. They won't like that. Currently DFS is under the radar but it will be exposed and when that happens the states will demand a cut and rightly so. Anybody with common sense knows this is just a form of gambling, but it's legal gambling as a result of the federal law (UIGEA) so the states really have no recourse to stop it. But they can demand some form of compensation from the DFS sites to make up for lost revenues at casinos, racetracks and on state lotteries and it will happen. I don't know what will precipitate the action but rest assured, as soon as they have a chance they'll declare the product illegal and then will agree to only pass legislation to permit it if they get a reasonable cut of the profits."

No doubt that was prophetic and it wasn't long after that conversation that the DraftKings data leak and insider betting scandal erupted, which gave the fuel for states to examine DFS, declare it illegal and agree to legalize it only if they get their share. How many states will be introducing laws to legalize it is uncertain but one analyst I spoke to said that as soon as New York officially legalizes the product a domino effect will occur and by the end of 2017 as many as 40 states will have legislation that authorizes the product, complete with their own set of rules and of course a hefty share of the profits provided for state coffers.

The question that many in the gambling industry have been asking is whether these new attempts to legalize DFS will eventually lead to other forms of gambling like online poker or sports betting being legalized as well?

The answer seems to be maybe.

Poker sites have always argued that it is a game of skill like DFS, and truthfully poker probably requires more skill than DFS. The problem with poker is that right now it is just not that popular and as a result there's little benefit to the states to legalize it, like DFS. Online poker has proven to be a bust in New Jersey and Nevada and the game itself is going into a funk. One can see the declining numbers on pokerscout.com to prove that. No doubt Black Friday was the impetus for that decline but it doesn't change the fact that poker rooms are closing and casinos have gotten away from the product. In its heyday most land based casinos devoted a great deal of space to hold 'em poker, but now it's difficult to even find a small poker room in Las Vegas or Atlantic City. And at other land based casinos across the U.S. poker is generally only available for weekend tournaments. And even online the amount of players overseas is showing a huge decline in recent years. Other than California and to a smaller extent Florida, the interest in poker just doesn't exist. As a result, there is no incentive for states to try and pass laws to legalize a product that seems to be in a big tailspin. The revenues they would receive from legalizing poker wouldn't be worth the effort.

Sports betting, on the other hand, is a different story. The interest in sports betting has increased worldwide and the success of DFS proves it would be popular in the United States. The leagues (other than the NFL and NCAA) seem to have softened their stance on sports betting and undoubtedly are licking their chops at the free revenue they're receiving from their partnerships with DFS sites. But as is the case with DFS, the leagues will want their share if they are going to agree to promote the legalization of sports betting. Without question there will be rules in effect to try and prevent match fixing and betting on college sports at least on an interstate game, but it is doable. The problem for sports betting is that it is currently illegal in 46 states as a result of PASPA and there is no carve out in the UIGEA like there is for fantasy sports. So the leagues will likely have to go to the courts and ask for PASPA to be amended – maybe to ASPA by taking out the P for professional. It will also require the NFL to come on board with the NBA in its approval of sports betting and it is safe to say that will never happen as long as Roger Goodell is the league commissioner.

So it appears that the New York bill could lead to a slew of laws to legalize DFS through the states and possibly sports betting as well in the near future. Like most things in life it came down to the almighty dollar. The states like Tom Cruise yelled "show me the money" to the DFS sites before they were willing to introduce real legislation for DFS and FanDuel and DraftKings have complied.