In light of the sponsorships with the daily fantasy sports sites, sports leagues now need to figure out how much of the betting pie they want to allow betting on games.

Despite what the fantasy websites would like you to believe there's really very little difference between daily fantasy sports and gambling on games. In one you bet on which team will win and on the other you wager on which players will do the best within a salary cap. Both are decided within one day and both involve a combination of luck and skill to predict the winners. The leagues want the public to believe that betting on sports will lead to corruption and game fixing such as what happened in the Black Sox scandal in the early 1900s as well as many other events in recent history. However, if game fixing is truly the concern they may have just as much to worry about with daily fantasy sports.

Consider the following: Joe P enters a head to head NBA fantasy sports contest with an entry fee of $100,000 against Terry C. I realize that the largest contests are currently smaller than that but it's conceivable this could happen in the future, particularly since the daily fantasy sports sites allow you to create your own contest .Terry C determines what Joe P's lineup is so he decides to draft the exact same team as Joe P, but where Joe P drafted Lester Hudson at point guard for the smallest salary available, Terry C drafts Cory Joseph instead. Terry C then approaches Lester Hudson, who happens to be a friend of his and tells him that he would appreciate it if he doesn't have a very good game and he would be rewarded accordingly. Hudson takes to the court for the first time in the game, makes an awkward move and pulls himself from the game saying that he believes that he may have twisted something. He gets no points and all Cory Joseph has to do is make a block, rebound, assist or point and Terry C will win the contest. At worst he finishes in a tie. There's really no way of proving that Hudson left the game for unscrupulous reasons and being a bit player anyway it likely would be ignored particularly if it's a fairly meaningless game. The bottom line though is there would be no reason for scrutiny. 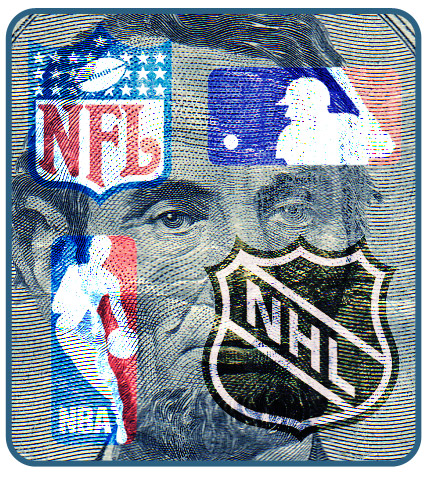 Is this situation likely? Of course not. But it's far more feasible than believing that a whole team will conspire together to throw a game so that some Mafia leader or some gambling syndicate can win a fortune off a legal sportsbook as they had in the past. Times have changed. Other than the fact that teams as a whole have too much to play for nowadays, gambling monitoring software now employed by casinos and sportsbooks allows them to identify suspicious betting patterns and can alert leagues to possible corruption. Betfair and some other European online sportsbooks have set a memorandum of understanding with several leagues in Europe, Australia and North America to alert them of suspicious wagering, and these agreements did lead to bets being cancelled and players and a jockey being suspended. And don't forget it was the Las Vegas casinos that first raised the alert about Pete Rose wagering on baseball. It's primarily for those reasons that the amount of scandals has dwindled so much recently. With daily fantasy sports, however, there's really no way of identifying "suspicious wagering" because instead of one team there's a host of players being drafted under a salary cap system so it's virtually impossible to determine that something was awry in any of the contests with one particular player.

That said, the sites and some politicians want the public to believe that fantasy sports is a game of skill, not gambling, which is why it was given a carve out in the Unlawful Internet Gambling Enforcement Act (UIGEA). But most industry analysts and even sports teams have acknowledged that daily fantasy sports is indeed a form of gambling. We are not talking about rotisserie leagues or year long fantasy sports contests, such as the ones offered on ESPN or Yahoo but rather contests that are decided on the basis of performance by various players in one day. In fact, the NBA recently discussed setting rules regarding NBA players participating in daily fantasy sports because they recognized that it could lead to concerns about corruption not to mention bad optics.

Are leagues in front of the courts asking that an injunction be put on sites like Fan Duel and DraftKings as they had in New Jersey and Delaware when they wanted to introduce sports betting? No.

Instead what the leagues have done is set up sponsorship agreements with both sites! Major League Baseball was the first to set up a sponsorship deal with DraftKings and the agreement was extended earlier this month. The site even deems themselves to be "the official daily fantasy sports game for Major League Baseball" with the blessing of the league. And the league even invested in DraftKings. According to a press release from the website:

DraftKings also has a sponsorship agreement with the National Hockey League and FanDuel has an official sponsorship with the NBA as well as a separate agreement with the Dallas Mavericks. Some people have told me they believe it's that agreement and the amount of money it's making for both parties that convinced Adam Silver and Mark Cuban to say they want to look into the possibility of promoting legal sports betting. The NFL to date doesn't have a sponsorship agreement with any site although the Washington Redskins and New England Patriots do and several other NFL teams apparently are looking at deals as well.

"The leagues can no longer argue that they have to oppose sports betting to protect the integrity of the game . . . "

So the obvious question that has to be asked is what do the leagues want to withdraw their battle with the leagues over sports betting? Adam Silver and the NBA opened the door last year with Silver's comments and by all accounts the NHL has no problem with gambling on its games provided they are not alone. Major League Baseball has not indicated they approve of sports betting but the new sponsorship deal and their huge investment in DraftKings seems to indicate that they would be willing to withdraw their concerns for the right price. And the NFL still claims it will never agree to sports betting although rumour has it that they are looking at the feasibility of starting their own daily fantasy sports league at which time they may attempt to stop the competition. But the truth is that other teams are signing agreements with the current daily fantasy sports sites and Roger Goodell is already skating on thin ice as far as league owners are concerned. If the teams deem that sports betting is in their best interest there is nothing stopping them from showing Goodell the door and replacing him with a more pro sports betting commissioner as the NBA did.

So again what do the leagues want? It's been said that everything has a price and the current situation with the leagues and fantasy sports sites proves that. The leagues can no longer argue that they have to oppose sports betting to protect the integrity of the game because they entered into a sponsorship agreement with a form of betting that is just as susceptible to corruption and fixing if not more so than what sportsbooks offer. Is there a set amount they want the casinos and sportsbooks to pay them every year for withdrawing their objections? Do they want a percentage of the revenue? Or as is the case with the NBA and DraftKings, do the professional sports leagues simply want a payment for agreeing to allow sponsorships and the ability to make an investment in the casinos or sportsbooks? There's no shame in that.

FIFA soccer teams like Real Madrid and Manchester United did quite well with their sponsorship by bwin, BetEasy has contributed over $10 million a year to the Australian Football League as their official betting sponsor and for years the CFL survived thanks in large part to their sponsorship by Bet365. And in Asia apparently several companies are looking at sponsorship with Asian sports teams. It's the future and the leagues around the world are realizing if you can't beat them then join them, particularly now that the betting companies can help leagues identify suspicious betting. The sky's the limit and sports betting is inevitable. As Adam Silver has realized it's time to embrace sports betting and reap the rewards. The leagues just need to determine what would satisfy them especially in light of the sponsorships with the daily fantasy sports sites. As the old joke goes, we've already identified what you are, now we're just haggling over the price.