Schneiderman goes for the jugular in DFS case

Today the suit against DraftKings and FanDuel by NY Atorney General Eric Schneiderman will be heard in a Manhattan courtroom and the AG now wants more than for the sites to stop operating in the state.

Today is the deadline for DraftKings and FanDuel to respond to the latest salvo from New York Attorney General Eric Schneiderman, now that the AG wants more than for the sites to stop operating in the state. 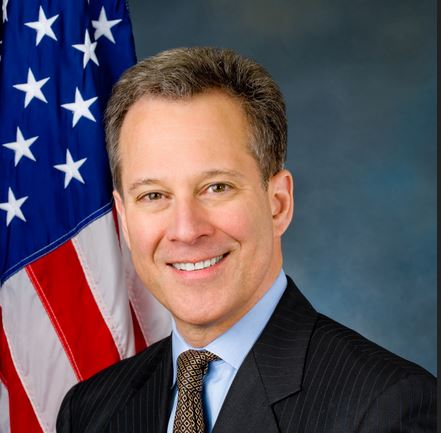 In his initial filing in November Schneiderman argued that the Daily Fantasy Sports (DFS) sites were operating illegal gambling and issued a cease and desist order against both sites. FanDuel agreed to ban players from New York State but DraftKings continued to operate in the state. A court agreed to the cease and desist order in early December but almost immediately an appellate court reversed the order, causing Schneiderman to create a different set of charges and penalties against the DFS companies.

Since the appellate court reversed the lower court decision Schneiderman has doubled down and now wants the two sites to pay back New York DFS players every dollar they ever lost on the site, plus he wants a $5,000 fine issued for each transaction that took place. If the courts agree to the penalties the total would be in the billions of dollars and would likely bankrupt the two companies and spell the end of DFS. This is particularly true since other states including Nevada and Illinois, who also have argued that DFS is illegal in their states, would likely follow New York's lead. Not surprising, the DFS sites have fought back claiming that what they are doing is legal and is a game of skill and DraftKing's lawyer David Boies has called Schneiderman's suit baseless. He has also accused the AG of not understanding daily fantasy sports.

A judge has already stated a preliminary opinion that the skill seems to be with the athletes themselves, likely indicating that he believes that DFS is a game of chance. The argument will almost certainly be that DFS players can't affect the results with their "skill" the same way a chess player would, which is without question a game of skill. In the end players just take a group of athletes based on an arbitrary salary cap and no matter how much the DFS player screams at the TV set it won't affect how well or poorly their picks play. But in the end it really won't matter what the judge feels personally, but rather what is correct in the law.

Based on the UIGEA definition given for exempting fantasy sports it's clear that the DFS sites have done nothing wrong.

Is DFS what the lawmakers envisioned when they listed the criteria that provided the exemption? Probably not. No doubt they wanted to ensure that season long rotisseries leagues and contests offered by sites like ESPN or The Sporting News were not affected, but there was no criteria listed in the rules that to be legal the contests had to take place over a long period nor was there an indication of any limit on entry fees. As such, if the judge rules based on the regulations set for the UIGEA, which is a federal law, then he has no choice but to throw out the suit. If, however, the judge chooses to ignore the UIGEA and suggests that other laws like the Wire Act or some New York state law prohibits DFS and supersedes the UIGEA, then he could indeed try and shut down DFS in the state.

I asked some gambling attorneys their opinion how this would turn out and not one was willing to give an opinion. Obviously they didn't want to put their necks on the line but they also realize their opinion could be valuable to them if there are any future suits. One attorney, however, did say that it's unlikely the courts will allow the fines or return of money . . . if Schneiderman is successful.

"There is no precedent that would allow a court to try and bankrupt an industry by demanding the return of money for a product that is not undisputedly illegal. If the courts rule DFS illegal I'm quite certain they will simply demand that from here on out the sites block players from New York State and disallow any monetary penalties."

The courts will also have to look at the other players in the equation and determine how it will affect them. Almost all North American sports leagues have revenue agreements with DFS sites, including New York state teams, so no doubt their attorneys will try to stop Schneiderman's suit, since it could cost them quite a bit monetarily. After all everyone who watched the MLB playoffs would have seen several advertisements for Daily Fantasy Sports and the teams would hate to see that money disappear. Moreover, it appears from social media sites that there are a lot of New York based DFS players who will be furious should the courts take away their form of enjoyment and could make their displeasure known at the polling booths when they vote for politicians and judges. And as we all witnessed in the 2006 midterm elections when Jim Leach was booted thanks to the votes by poker players, gamblers can't be totally ignored.

OSGA will follow the filings on Monday as well as any subsequent events stemming from the response and will keep readers abreast of developments.