Sanctions on Russia have reached into the sports world, affecting odds and betting on international sports and players.

In the Simpsons episode "Lisa’s First Word", Krusty Burger, named the official meat-flavored sandwich of the 1984 Olympics, runs a promotion whereby the customer gets a scratch card with every purchase and if the U.S. wins gold in the event listed on the card, then the customer gets a free burger. When concerned about how much he will lose, the promoter tells Krusty "not to worry Mr. K. We've rigged the cards. They are all in events the Communists never lose." An announcement comes out that the Soviets are boycotting the games and the promoter says "you (now) personally stand to lose $44 million dollars."

Later in the episode, they show coverage of the hundred-meter butterfly. The male announcer says, "And with the Easter German women shaving their backs 9,000 miles away, the Americans are heavy favorites." After the gun sounds and the American swimmers take off, the other country's swimmers start to sink and the female announcer says, "although we should point out that many other women represent countries that don’t have swimming pools." 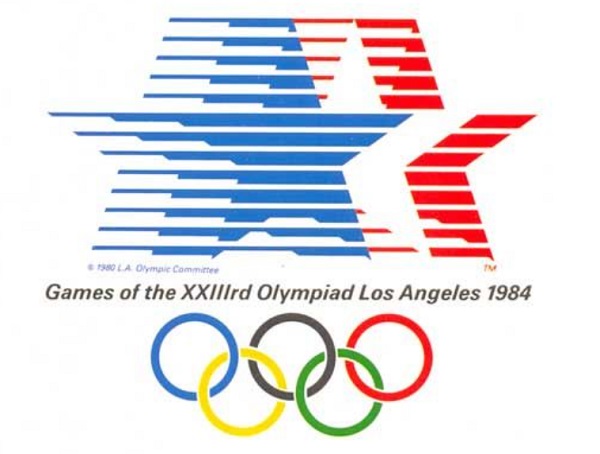 While this was a humorous representation of the 1984 games, it wasn't far from the truth. In that year, the United States won 83 gold medals in 221 events, scoring a record 38% of the gold medals for one country, a showing which will likely never be repeated. I was curious if the boycott had any effect on the amount lost by British sportsbooks and one operator who worked for William Hill at the time told me that it didn’t have much effect, since most events were only offered on the event day, long after it was known the USSR and East Germany weren't competing in the Olympics. And for the few events they did take future bets on like soccer, it didn't have a major impact since Russia wasn’t strong in any of those sports. Nevertheless, the absence of the Russian athletes from those games was notable, as Russia generally has won between 20 to 25 medals each summer Olympics and the old USSR countries won close to 40. Moreover, at the winter Olympics Russia always places near the top of the standings in gold medal wins.

It thus raised the eyebrows of both sportsbook operators and bettors when Russia was sanctioned by most countries for its attack on Ukraine and its teams were suspended from playing in international competitions. So far Russian and Belarusian teams have been banned from FIFA, UEFA, the IOC (Russian athletes cannot compete in this year’s Paralympic games), Rugby, Fencing, Judo, Curling, Badminton and Equestrian sports. Formula 1 also announced that Russia has been removed from its schedule for the foreseeable future and the International Ice Hockey Federation announced that Russian teams will not be allowed to compete starting with this year’s Jr. Ice Hockey Championships. The NBA also announced it will no longer have any business activities in Russia or Belarus. That is believed to be just the beginning and many other leagues appear to be preparing to bar Russia and Belarus from competing at their events.

Bans on Players Next?

Thus far individual players have not been affected, although there has been talk about revoking player permits for all major sports, which would be devastating for many NHL and soccer teams. In fact, one commentator said that if the NHL chose to revoke player permits then the Washington Capitals would go from a Stanley Cup contender to a minor league team. The teams’ three best players, Alex Ovechkin, Evgneny Kuznetsov and goalie Ilya Samsonov are all Russian and defenseman Dmitry Orlov is an important part of the team’s success.  Ovechkin has arguably been the best player in the NHL for a decade and he has already scored 32 goals and 64 points in 53 games this year. Kuznetsov has 15 goals and 50 points and Samsonov started slowly, but has become one of the better goalies in the league. Along with Washington, Tampa Bay would be devastated if they lost star goalie Andrei Vasilevskiy along with stars Nikita Kucherov and Mikhail Sergachyov. Plus, Artemi Panarin and Igor Shesterkin from the New York Rangers are having MVP type years and would be huge losses if their permits were revoked. 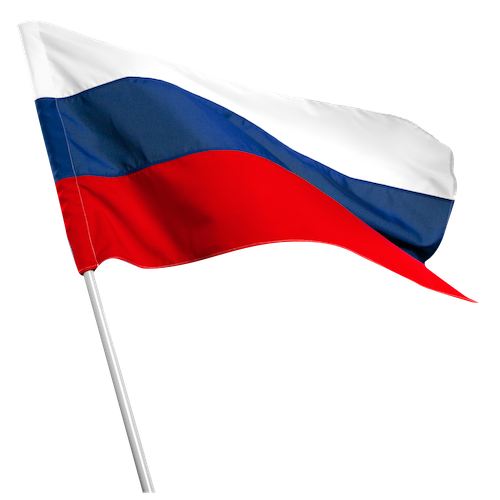 It's also notable that Ukrainian tennis star Elina Svitolina said she would not play against any Russian or Belarusian players, and it is believed that other players may follow suit. This puts a lot of pressure on the ATP and WTA to make decisions on how to handle Russian players at the events. There are currently four Russian players in the top 25 rankings for the ATP, including Daniil Medvedev, who just took over the #1 top ranking and #6 Andrey Rublev, and there are five Russian women players in the top 50 rankings, with Anastasia Pavlyuchenkova the highest ranked at #14.

No doubt the question will be raised whether it's right to ruin the careers of individual athletes for the actions of the Russian government, especially since almost every player listed no longer lives in Russia and few would agree with Putin's actions. Alex Ovechkin and Evgeni Malkin have received rebuke for photos of them on Twitter appearing to be supporting Putin earlier, although neither have indicated they agree with this war. And Artemi Panarin had to actually take a two week leave of absence from the New York Rangers in 2021 and return to Russia to deal with an accusation that he assaulted an 18-year-old Latvian girl while playing in the KHL. The accusation proved to be completely false, but his former KHL coach Andrei Nazarov was apparently coerced by the Russian government to file the accusation after Panarin posted a tweet on Twitter which read “freedom for Navalny”, the Russian opposition leader who received jail time for a fabricated crime in a sham trial.

I spoke to one sports analyst who said that it's completely reasonable to punish players, since it may be the only thing that could make a difference.

"We live in a world where there are few things that still instill national pride. One thing that does, however, is sports. Everyone loves to root on their country at international competitions and cheer on the star players who do well in major events. So, these hard decisions may be the only thing that brings Putin and the Russian populace to its senses. When Takuma Sato won the Indianapolis 500, Sato became a quasi-Japanese hero, and when Mike Weir won the Masters, the TV viewership was the highest in Canada it ever had been. And Weir became a Canadian hero. Bianca Andreescu was also a star attraction in Canada after she beat Serena Williams at the U.S. Open.

So, Players like Alexander Ovechkin and Daniil Medvedev are national heroes that almost every Russian follows. There is actual pride when they win major games or tournaments. Therefore, sports may be the one thing that may bring Putin down or convince him to back off. Ordinary Russians won’t do or say much because of the war as they are getting poor information, but they will speak out and could possibly even form a revolt if they are never allowed to compete again in sports like the World Cup or the UEFA Champions league. Also, if the star players they follow get kicked out of the major leagues they will undoubtedly become upset, especially if those players or their families start pushing back and recruit Russian citizens and fans to react.

Obviously, Russia is an oligarchy so it may not mean much to Putin but even the biggest autocrats in history were forced to slow down if they felt the knives were out for them. Don’t forget that soccer and rugby were instrumental in the South African government agreeing to end apartheid due to a citizen’s revolt. So, in my opinion, I think every league should ban all Russian and Belarussian players and teams and see if it’s enough to get the populace in Russia to do what they can to end the Russian aggression."

If players are indeed banned due to their heritage, it could have a massive effect on the odds. Bovada had odds up on who would be the #1 ranked tennis player at the end of 2022 with Novak Djokovic at -175 and Daniil Medvedev at +175, but they have taken those odds down due to both the uncertainty of Medvedev’s permit status and Djokovic’s ability to play in any majors in 2022 due to his refusal to get the COVID-19 vaccine. And in hockey futures, Alex Ovechkin was about 6/1 to win the Rocket Richard Trophy for most goals scored in the league, but those odds seem to have disappeared overnight after the permit threats were issued. Apparently, some sportsbooks have also seen big bets come in on Colorado and Carolina to win the Stanley Cup and have seen next to no bets on Tampa Bay and Florida who were receiving most of the action, likely due to the threats of the permits being revoked and both Tampa and Florida have key Russian players on their teams. It’s hard to envision the NHL revoking those permits, at least before the Stanley Cup playoffs, but if Putin moves into NATO countries and if there is enough of an outcry then the league may have no choice. And if that does happen then 40/1 odds on Tampa Bay to win the Stanley Cup instead of their current 6/1 odds would be more realistic. And Washington could be 1,000/1 odds instead of their current 33/1 odds and it would still be a bad bet.

So, the sports and betting worlds find themselves in quite a quandary. Through no fault of their own they are being forced to play politics, which in the end could compel them to make decisions that affect the teams, players, fans and even the leagues themselves. Is it fair to the players? Probably not, but as the analyst said to me "these hard decisions may be the only thing that brings Putin and the Russian populace to its senses."