Hartley examines the issues behind a lawsuit vs the NCAA brought by college players that was recently heard by the U.S. Supreme Court.

Players want to be compensated for putting millions into college coffers.

In March 2014, former West Virginia Mountaineers running back Shawne Alston sued the NCAA and five of its conferences (Pac-12, Big10, Big 12, ACC and SEC), in an anti-trust lawsuit claiming that the league and conferences capped compensation to players in an amount that was worth less than the actual cost of what they spend in their time in university. In the lawsuit, Alston's lawyers claimed that while the leagues were able to pay coaches and other staff an unlimited salary, player compensation was capped strictly to the amount of their tuition fees, room, board, textbooks and other costs equal to no more than the full value of the cost of attendance. Consequently, even when given a "full ride" scholarship, players were out of pocket for things like computers, musical instruments, cell phones, clothing and similar items.

Alston launched the suit when he ended up leaving university with a debt of over $5,500 for his time at West Virginia. In the lawsuit Alston’s lawyers argued that playing college sports was effectively a full-time job, so players had no possible way to earn extra money to pay for items not covered in the scholarship. The lawyers argued that capping compensation violated anti-trust laws and if the rule was lifted then teams could actually vie for players and offer additional incentives, including an allowance to cover expenses not completely covered with the scholarships but still required costs while attending the university. The NCAA argued that if the courts ruled for Alston then it would harm the league since it would remove the whole notion of amateurism (i.e., playing without expecting compensation), which would cause a myriad of problems.

Eventually the lawsuit turned into a class action suit against the NCAA, representing all former men and women players who chose to join the suit. In March 2019 the Ninth Circuit Court ruled in favor of the class action titled "Shawne Alston et al." and said that the leagues could not collude to cap compensation and had to allow schools to compete for players using added "educational benefits". In her ruling, Justice Claudia Wilken ruled that there was a great disparity between the NCAA's "extraordinary revenue" in football and basketball compared to the "modest benefit" given players. The ruling would still forbid the payment of cash to players and would have to be "education related benefits and academic rewards", but the vagueness of that term could technically mean that a school could offer a Porsche to a star recruit to help them get from their dorms to their classes or similar extravagant non-cash rewards and that deeply troubles the NCAA.

The NCAA immediately appealed the ruling and yesterday the Supreme Court heard the case after they apparently requested to hear it. It seemed unusual for SCOTUS to ask for this case before it went to an appellant court, but some justices likely had a strong opinion and wanted to nip this issue in the bud rather than having it drag through the courts indefinitely. As many will recall, the gambling and sports world were taken aback in 2017 when the Supreme Court asked to hear New Jersey’s appeal of PASPA, which SCOTUS eventually overturned and opened the door to licensed and regulate sports betting outside of Nevada. 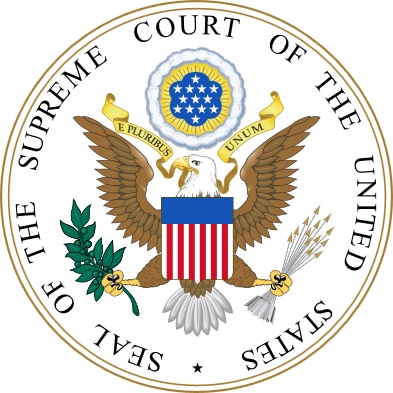 The questioning by the judges yesterday to the NCAA and to the player's legal counsel really gave no direct indication of how they were leaning, although many legal pundits think a potential victory for Alston, et al is most likely. The judges hammered the NCAA over whether they could truly say they were an amateur league when revenues were so high, and the almost hostile comments related to salaries of coaches and game staff makes one think that the judges may be leaning towards upholding Judge Wilkin's ruling. They also expressed a need to not destroy what has become a national pastime in big time college football.

The case is getting a lot of notoriety since it has come up at a time when a different class action anti-trust suit was just launched by players. The June 2020 lawsuit claims that the NCAA was breaking the law by not allowing players to receive compensation for use of their name, image and likeness (NIL). The issue of college athletes wanting to be compensated for the use of what is their intellectual property dates back for at least a decade. However, the topic became much more prevalent after an incident where Zion Williamson (at that time playing at Duke) had one of his Nike shoes rip on national TV while playing and Williamson suffered a sprain. That incident was on all the highlight reels and even led to a decline in Nike stock the following day. NCAA teams have also set up major sponsorship deals with FanDuel and DraftKings (where the fantasy sports sites list actual player names for the contests), and they have major deals with all the main clothing brands like Nike, Reeboks and Adidas, as well as with video game manufacturers.

The sanctity of amateurism

The NCAA has long made the same arguments in the name, image and likeness suits that they did in front of SCOUTS with the Alston case this week - that payment caps need to be in place to preserve the sanctity of amateurism. Most industry analysts, however, have argued that the sanctity of amateurism ended a long time ago when the Olympics started allowing professionals in the games. In fact, it started even before then when they allowed Soviet bloc players to play in the Olympics because they technically worked for the government. Soviet hockey players like Vladislav Tretyak and Valeri Kharlamov were about as amateur as Alexander Ovechkin and Sidney Crosby are today.

In those days the Soviet players were not given money directly for their play, but instead were given the best houses, the best cars and massive "living allowances" by the communist government for their play and that included huge extra non-cash incentives for major victories. And to be honest, the Alabama Crimson Tide football team would likely beat many NFL teams, despite the fact they are amateurs.

But most politicians, judges and analysts see right through the NCAA's main objective for limiting payments to players for anything above the cost of attending school and that is simply they want to keep all the money themselves. In most non-Ivy League schools, university prestige is tied into athletic success and by keeping all the revenue for themselves NCAA teams can pay millions of dollars to the best coaches, build the best stadiums and argue they are superior to other universities. Of course, schools and the NCAA also note that only basketball and football are profitable, and they use the money from those two sports to fund other minor sports. So, if they couldn’t keep the money themselves, they may not be able to offer scholarships for things like swimming, golf, cheerleading or band. Most of the star players, however, would argue that isn't their concern.

One politician that agreed with the players is California Governor Gavin Newsome, who in 2019 signed a Senate bill called the "Fair Pay to Play Act" which would require California based universities to pay players for

use of their name, image and likeness (NIL) on all merchandise. While the NCAA begged Newsome not to sign it to preserve the sanctity of amateurism, Newsome said he was more concerned about student welfare and fairness. The Pac-12 is still included in both lawsuits since the bill signed by Newsome will only apply to California based universities and isn't set to take effect until 2023.

The NCAA seemed to have waved the white flag in early 2020 when they said they were tired of being called greedy by the media, politicians and players and said they would allow players to profit from their NIL, but only as 3rd party deals, i.e., the payment could not come from the universities. The plan was to allow players to make deals with social media influencers, appear in commercials and hold autograph sessions among other endeavors, but the universities and league would still keep the money from all the major sponsorship deals. That was set to start at the beginning of this season, but due to the pandemic NCAA players never set up those deals. However, it appears that payment scheme may not be sufficient for most players, since the 2020 suit still is moving forward, and it is believed players want more opportunities to benefit from their name, image and likeness with some even demanding full control over what they allow to be used and they want any money generated from the use of what they call their intellectual property.

The importance of SCOTUS ruling

So, the question then becomes why the Alston class action is so important to both lawsuits and the answer is simple. This ruling will set a major precedent. The Alston case is a federal lawsuit, which is why SCOTUS agreed to hear it, while the 2020 NIL class action is a state lawsuit. Right now only three conferences have agreed to allow players to benefit from the use of their name, image and likeness and the only way to ensure that it is applied equally to the whole league is if it turns into a federal law. And the ruling by SCOTUS in  NCAA v. Alston could be instrumental in determining if that ever becomes the case.

If SCOTUS rules in favor of Alston, then it will send a message to the NCAA that they need to abandon the notion of amateurism and come up with a rule that allows players to be compensated more fairly. It may also open up other lawsuits, including several pending state NIL cases.

If SCOTUS rules for the NCAA in the Alston case, on the other hand, then the NCAA can argue that the Supreme Court of the United States understands the importance of maintaining the sanctity of amateurism to ensure that no player gets an unfair advantage over other players simply because their names and pictures appear on merchandise. They can then either backtrack on their plan to allow players to benefit from the use of their intellectual property or they can say they have given more than they must, so the players should be grateful. Consequently, the 2020 lawsuit may either be abandoned or changed to a federal suit depending on how SCOTUS rules, which is expected to be announced in a couple of months.

So, it seems the players and leagues have finally come to a crossroads and the decision of nine judges will likely determine the future of how and to what degree players can benefit for their time playing sports in college. Though it's uncertain how the Supreme Court will rule, the argument about preserving the sanctity of amateurism is long passed its meaning.