Another problem with a Bitcoin wallet draws concern from users and gambling companies.

When bitcoin became popular, most people kept their funds in wallets at Mt. Gox. The Japanese bitcoin exchange was said to have handled over 70% of transactions and stored close to 1 million bitcoins for customers. In 2014 a hack into Mt. Gox computers resulted in the company filing for bankruptcy and customers losing access to all their coins. At the time bitcoins were only worth a couple hundred dollars each, but the hack was still significant and showed the dangers of holding bitcoins anywhere but in your own private wallet on personal computers, flash drives or other devices that were designed to keep the currency close at hand. Aside from Mt. Gox, Bitstamp, Bitfinex, Etherdelta and some other smaller exchanges have been victims of hacks over the years as well. 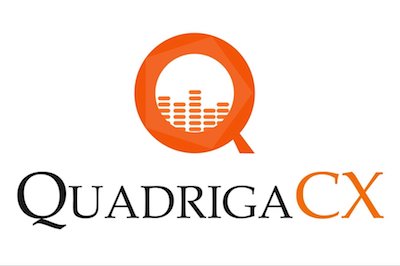 So, it came as a shock to many when Quadrigacx, Canada’s largest cryptocurrency wallet, filed for creditor protection after its founder apparently died in India and didn’t give the security codes to access the coins to anyone else. And it was really a shock when it was learned that Quadrigacx held almost 1 million coins, mostly ETH and LTC for its customers. Some crypto long timers couldn’t fathom why so many people didn’t learn from the Mt. Gox fiasco and kept their coins at the exchange rather than in a personal wallet. Yet others aren’t surprised at all and say that keeping coins offline is easier said than done and really not practical.

"It’s easy to criticize in hindsight, but most people look for ease over practicality and the majority of bitcoin owners aren’t computer experts and really don’t know how to store coins locally," one bitcoin writer told me about a year after the Mt. Gox fiasco. "If you’re going to use the logic that it’s a mistake to keep coins anywhere but at home, then you should also be criticizing everyone who has money in bank accounts rather than under their mattresses at home. To most bitcoin owners they viewed Mt. Gox as the bitcoin bank."

I reached out to a colleague who I’ve known for over 15 years and who has a Quadrigacx account and asked him for his opinion on this scandal. He told me that he never really considered keeping his crypto in a personal wallet on his computer because he believed that the security features at Quadrigacx, such as two-way verification, made it safer to keep coins there than at home. He said in hindsight he probably should have known better given that he was indirectly involved in the 2007 Neteller scandal, but he added, he is also a realist.

"He believed it was as safe as Bank of America."

"I love to gamble online and when the accounts of Neteller were frozen I was fortunate that as a Canadian I was able to get my money out. But even if I couldn’t, I only had a few hundred dollars there and it was just easy to move money to and from gambling sites via Neteller. Losing it wouldn’t have caused any hardship and the hassle of moving money to my own bank and then back and forth to gambling sites was more of a pain than it was worth. But, I also have American friends who had thousands of dollars at Neteller and one who had much of his life savings there. He told me at the time that he always viewed Neteller as his bank that he could easily use to transfer money to himself when need be, transfer to books when he wanted to gamble and transfer to friends to pay for debts or items he wanted to buy. He said he believed it was as safe as Bank of America. It never even once came to his mind that the company could go under."

"Fortunately for him he was able to transfer his balance to me via a p2p payment before Neteller suspended those transfers and I withdrew the money for him and sent him a PayPal payment for his withdrawal amount. I remember saying to him afterwards "did you learn your lesson? E-wallets aren’t a bank. They aren’t safe."

"He said he did and the following year many Americans were threatened with losing their savings when AIG and Meryl Lynch went under. So even 'the safe choice' has risks. But life involves risks. That’s why I didn’t look to keep currency outside of Quadrigacx, I just viewed it as a safe risk but obviously I was wrong. If anything, what this Quadrigacx thing has done is it makes me wonder if there is really any true value in crypto and whether we’re all being taken in with a scam."

That comment made me wonder whether many of the web sites that rely heavily on cryptocurrency for payments are really going concerns. Obviously gambling sites like Pinnacle or The Greek will survive any future cryptocurrency scandals since they only use bitcoin as a courtesy, but sites like 5Dimes and certainly the crypto only gambling sites may not be able to survive many more scandals. Rumor has it that some sites who have held bitcoin the last couple of years are in dire straits since the value of bitcoin has declined from over $15,000 to less than $3,000 in a year and they have never cashed in coins for fiat.  But even more concerning is a comment by one crypto casino company who said that they have seen a big drop in their customer base the last year as people who were so gung-ho about bitcoin when it was soaring no longer want any part of it, most likely because they bought high and sold what they had at a big loss. It’s like the stock market. In a bull market everyone is happy but in a bear market everyone is looking for the exit.

I also reached out to another colleague who said that what this Quadrigacx scandal taught him was to never keep money anywhere online or at gambling companies for long periods of time.

"It perplexes me when I hear about people who have massive balances in PayPal or other e-Wallets or who have large balances at places like Bookmaker or Bovada. I’ve been following developments for a long time and I know that what goes up will come down. I remember people saying Aces Gold and WSEX were as safe as could be and we know the outcome. And I know people who swore by eGold only to find out it was a scam operation. And we know anything can be hacked. If Russians can hack voting systems surely they can hack gambling sites and steal information. And who can forget when Russians shut down major sportsbooks with DDOS attacks. I don’t keep my money under my bed or in a lock box, but I spread it around so if there is an issue only a small amount will be at risk. And with my gambling accounts I always take money back after a large win and I never keep more in my account than the amount of 5 bets. I would rather pay the small fee for a new deposit than find out that a gambling site owner skipped town with my funds. Lately I was questioning whether all these safeguards were really necessary but now, after Quadricacx, I know they are."

So, the Quadrigacx debacle has made many people in both the cryptocurrency industry and the gambling industry uneasy. Most crypto owners know it’s probably best to keep cryptocurrency outside of the exchanges and most gamblers know it’s best not to keep funds outside of the companies, but human nature makes most want to just do the easy thing and that means keeping it online, where it’s accessible and usable when necessary. Scandals make people pause for a second, but in the end, it rarely makes them change their ways. The Quadrigacx scandal is unfortunate, but it likely won’t change much. A writer for a crypto web site penned "it’s a good thing this was just a smaller Canadian exchange because if the same thing happened at Kraken or Coinbase you might as well just shut the whole (cruptocurrency) industry down."

Is he right? Probably not.