The Olympics are front and center for the next two weeks, but a full slate of MLB gives bettors something to sink their teeth into.

The heat of summer is here and this weekend the top betting events start with the Olympics!! There's also a full slate of Major League Baseball action, including some Cleveland Guardians baseball.

Sportsbooks worldwide are offering a ton of wagering on the 339 medal events spread across 41 sports over the next two weeks. After surveying the top online sportsbooks and perusing some of the mainstream betting outlets one thing stands out as our first Olympic sports weekend betting tip - if you plan on betting on the Olympics, shop around for the best lines, as they vary widely from book to book.

The time to bet on the amount of medals a particular country will win has passed as the Games started this morning with rowing and women's soccer. But there are a ton of events on the board throughout the weekend. Though many events are still in the preliminary stages, bets must be placed before ANY of the action starts.

U.S. players must keep in mind that Tokyo is 13 hours ahead of the East Coast and thus events scheduled for a live start on Saturday, actually start on Friday night in the States. Betting tip #2: Know the schedules because if you’re going to bet you want to be on events you can watch.

As we outlined in our 2020 Tokyo Olympics betting primer, thee top sports to bet on are basketball and golf, due in part to name pros competing in these events. The U.S. Men's basketball team lost twice in early exhibition play and had several players replaced due to COVID-19 problems. Yet, they are still listed as the favorites at the top online sportsbooks and WagerWeb has the Americans as 11.5 point favorites vs. France on Sunday morning.

Australia is the second favorite to win gold, just ahead of Spain, who has been taking some solid action at  BetOnline, according to head linesman Adam Burns. Core players for these two teams have been together for multiple Olympics and championships, while the U.S. started practically from scratch in Las Vegas a couple weeks ago. the Spaniards feature NBA stars such as the Gasol brothers and  Ricky Rubio, and in the past three Olympics, Spain won silver, silver and bronze in 2016. Australia's Olympic men’s basketball team includes 6 NBA players, with stars like Patty Mills, Joe Ingles and Matthew Dellavedova starting for the Aussies. But, the team has never medaled and has gone winless in eight games with a medal on the line.

It's hard to believe that surfing has entered the Olympic stage, appearing for the first time ever. The events will take place in the ocean, not a wave pool and so far the surf at Tsurigasaki Beach has underwhelmed. The 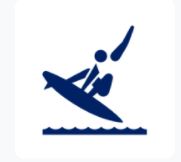 Americans are led by 28 year-old John John Florence, a two-time World Champion who hails from Hawaii. But the favorites are two Brazilians, Gabriel Medina (+150) and Italo Ferreira (+225). Rounding out the top four is Kanoa Igarashi, a 23-year-old Californian with dual Japanese citizenship who grew up surfing this beach and is representing Japan. With waves that may never get to the heights surf fans enjoy the most, a home ocean advantage could prove huge for Igarashi, who is listed at 6-1 at BetOnline. The trouble with this event? Mother nature controls the action and organizers will monitor the waves to find the optimum two days for this event to occur at any time over the next two weeks.

Archery, Cycling, Fencing, Judo and Shooting all have medal round scheduled for the opening weekend of the Olympics. However, unless you have insights into these events, do not wager blindly. Members of Team USA are well down the list in all of these events and competitors like Andras Szatmari (fencing), Jin Jong-oh (KOR) and Distria Krasniqi (KOS) favored to win events. Betting tips #3: If you can't pronounce the players' name, don't place the bet.

The Yankees head to Boston for a three game series this weekend. Tonight the Yanks send Gerrit Cole to the hill and despite the new stick-um rule, he's still got a WHIP under 1 on the season. Charles Jay has a prop bet free pick posted and Ross Benjamin has a great video on the OSGA YouTube channel for tonight's contest. The best chance for a Sox victory may be tomorrow as they send lefty Nathan Eovaldi to the hill and are projected to be huge favorites. Boston sends another lefty to the mound on Sunday afternoon with Martin Perez as their starter. Coincidentally, the Bronx Bombers are just .500 against left handed starters this season.