Offshore gambling is not to blame for Canadian lottery woes

Following an announcement from the Atlantic Lottery Corporation, Hartley examines the real reason the lottery is down $100 million.

Earlier this week the Atlantic Lottery Corporation (ALC), which runs the lotteries in New Brunswick, Prince Edward Island, Nova Scotia and Newfoundland laid off 61 employees and Chris Keevil, the president and CEO of the lottery corporation placed the blame squarely on offshore gambling. According to Keevil, the ALC loses more than $100 million a year to offshore gambling and he believes that if those offshore sites could somehow be blocked, that the money would flow back to the provinces. Keevil suggested in an interview with CBC radio that the offshore sites have not only profited off citizens of the Atlantic provinces in prior years, but they have also taken advantage of the current pandemic to acquire new customers through large incentives while land based gambling was closed. He also suggested they were not trustworthy:

"Once they've got you for free, registered online, then they can market to you directly, to drop your credit card or set up a funded account so that the money moves offshore," Keevill said.

Not the first time ALC has complained about offshore betting

In 2013 Brent Scrimshaw, the former president of ALC cried foul when Bet365 started advertising its sportsbook at CFL games. In fact, Bet365 created a partnership with the CFL and had its logo on player uniforms, as well as a huge logo in the middle of the fields. Scrimshaw made the exact same complaints to the CBC then saying, "unlike the Atlantic Lottery these offshore, unregulated and illegal sites do not operate with responsible gaming as part of their DNA." In 2012 the B.C. Lottery Corporation also complained about the CFL saying it was endorsing Bodog,which they called an illegal sports betting site. In both cases, the offshore gambling companies were advertising their play for free .net sites, but the lotteries implied that was just a ruse to get people to sign up with the real money sites and that anyone with common sense would realize that.

The Atlantic Lottery Corporation does not offer online slots, but they do offer online lotteries, including a sports lottery. The Atlantic provinces also have video lottery terminals at various locations like racetracks, bars, and pool halls, but like most of the world, those locations and the lottery terminals were forced to close because of COVID-19. And even after reopening in late May and early June, play at the VLTs has not returned to normal, which is likely why the lottery's profits have been drained so much. The loss of revenue for three months was devastating and despite the fact that the Atlantic provinces have had no COVID-positive cases for over two weeks and have had very few COVID-19 cases to date, (recording just 1,515 positive cases and 68 deaths, the vast majority due to an outbreak at a Nova Scotia long term care home two months ago). It appears that citizens just aren't interested in playing on slot machines in bars and pool halls, regardless of how much disinfecting is being promised.

Online casinos are simply a safer and more convenient choice. Ironically, no other provinces including British Columbia have sounded the alarm bells like the ALC, probably because those provinces have online slots and sports betting. Playnow.com. which is the B.C. and Manitoba online site, Playolg.ca, which is the Ontario online site and Espacejeux.com, which is the Quebec online gambling site, have recorded considerable new signups and revenues since the outbreak of COVID-19, as residents of those provinces began to look for options to replace physical casinos. Alberta does not have an online gambling site but has procured an operator to run the new site when it gets up and going and Saskatchewan seems to be uninterested in any increased gambling at this time. In fact, when a native casino tried to offer online gambling in Saskatchewan the province took them to court and eventually that site was shut down.

So, if anyone is to blame for low revenues during this pandemic it is ALC themselves for never launching a proper online gambling website with offerings other than lottery games. The reason they haven’t launched one or even started the process is uncertain, but one Canadian gambling analyst I spoke to said that he was confident it was because the ALC believed that online slots would cannibalize the land based VLT revenue. In addition, the provinces feel they owe it to the hospitality industry to ensure that revenue flows to the restaurants, hotels and bars. 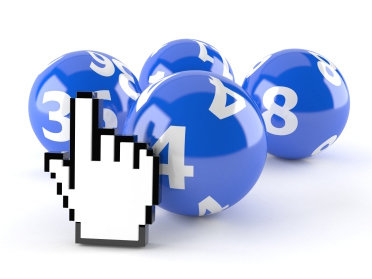 As for the sports lottery, the reason for low sales is well documented. The current criminal code of Canada makes single game sports betting illegal so the sports lottery in most provinces called Sports Select requires a minimum three-game parlay for the base lottery using money lines, and the odds are atrocious. The standard line on a pick ‘em game with no tie option is 1.70 (or -140), so the lottery’s margin is 17.65% on the game, which no real sports bettor in his right mind would accept. And when you must make it a 3-way parlay, the hold is identical to a typical lottery of about 45%.  Playnow has gotten around the law by creating single bets that are parlays in nature. They also offer novelty bets such as the Academy Awards as single bets since these are not sports bets and are thus not prohibited under the criminal code. The message on the playnow.com website explains it well:

Bets designated as a 'Single' can be placed without the requirement of combining with an additional selection. The Criminal Code of Canada currently prohibits single-event sports betting; however PlayNow.com can offer some "single" bets in as much as those bets are comprised of a parlay embedded within a single bet. For example, a 'Correct Score' bet can be offered as a 'single', as it requires the prediction of the correct score of BOTH teams (or players) in order to successfully win the bet. All Single bets are highlighted with am icon next to the offer. Types of Markets that are often offered as a single bet include Futures (Outright Winner), Correct Score, Scorecast, Wincast and Power Picks. All Novelty & Specials markets are also all offered as Singles.

The B.C. lottery corporation also partnered with Paddy Power (now Flutter Entertainment) in 2012 to create the sports betting lines on Playnow.com and it appears the partnership has continued since. That is why Betfair, which is a part of Flutter Entertainment stopped allowing Canadian customers to play at Betfair.com. Paddy Power never accepted Canadian customers. But the B.C. Lottery Corporation along with all the provinces realize that the only way they will ever really be able to grow sports betting in Canada is to offer single game sports betting.

Joe Comartin, a Member of Parliament for the New Democrat Party in Windsor-Tecumseh, put forth a private members bill in 2011 to amend the criminal code by removing section 207.1 (4) (b), which would allow for single game sports betting. Along with Comartin's personal convictions on the issue, Casino Windsor as well as the Canadian Gaming Association believed that the enactment of single game sports betting would convince Canadians not to bet offshore and would hopefully entice Americans to come North to wager on their favorite sporting events since at that time sports betting in the U.S. was still mostly illegal. Comartin’s bill passed in the House of Commons with all party support.  Before it could become law, however, it had to be ratified by the Canadian Senate, but they refused to sign the bill. The main argument they gave for not ratifying it was that it never went to a vote in the House, although every analyst agreed that the Senate didn’t want to sign it because the NHL opposed it and they didn’t want to ruin the chance of a new Quebec hockey team, plus the Senate was trying to make itself relevant in light of a spending scandal.  The bill was brought back for a vote three years later after Brian Masse, an M.P. in Windsor West asked the bill to be heard again. But the House, led by new Prime Minister Justin Trudeau, officially killed the motion when they overwhelmingly voted the bill down.

Since that time, the U.S. repealed PASPA, (the 1992 law prohibiting sports betting outside of Nevada, Delaware, Oregon, and Montana) and the sports leagues have all dropped their objections to single game sports betting, including the NHL. In fact, on June 12th, five league commissioners, including Gary Bettman from the NHL, sent a letter to senior Canadian government officials, including Prime Minister Trudeau, finance minister Bill Morneau and Attorney and Justice Minister Dave Lammetti urging Canada to legalize single game sports betting. The statement which has been reported by various media sources said the following:

"Sports betting gives fans another exciting way to engage with the sports they love. Because a legal and regulated sports betting market in Canada would be beneficial to sports and their fans, we urge prompt action to make this a reality.

Sports betting already happens illegally in Canada; creating a legal framework would shift consumers from illicit, unregulated markets to a legal and safe marketplace. Regulating single-game betting would allow for strong consumer protections as well as safeguards to further protect the integrity of sports."

Regardless of this 180 by the leagues, there has been no indication that the Canadian government is preparing to change the law any time soon, and in the midst of the pandemic it’s not a priority, especially since most sports are still on hold. At the same time, it would be a boon to provinces who have struggled financially due to decreased revenues and increased subsidies and benefits for businesses and individuals who need the benefit money to survive. But the Trudeau government put their reputation on the line by defeating the bill as one of the first acts upon taking over as the governing party, so no doubt if they do agree to change that part of the law, they will have to do so in a way that does not get egg on their face. The same holds true for the Senate, although many that killed the bill originally are now gone.

Is offshore betting to blame for the Atlantic Lottery Corporation's low profits?