The gambling industry in Poland is fairly new and quite contentious. Following the Second World War, Poland was effectively annexed by Josef Stalin and Poland became a satellite of the Soviet Union. Gambling was not allowed under communism, so while it occurred it was usually done in illegal gambling dens and out of view of the authorities. Things changed in 1989 when the pro-democracy Solidarity Party forced the communists to hold an election following a series of public strikes and in that vote the Solidarity Party and Lech Walesa won the country's independence. Walesa became the first president of the new "Republic of Poland" and in 1992 the Solidarity Party passed a law on gambling which opened up new avenues. The law allowed casinos, bingo, lotteries, sports betting and slot machine arcades to be open, but there were restrictions put in place. First, casinos could only be owned and operated by Polish companies and second the amount and type of casino was dependent on the population. Only cities with populations over 250,000 could host a full casino, cities with populations over 100,000 could host bingo halls and cities over 10,000 could host slot arcades. Sports betting did not have restrictions and each type of gambling held a hefty tax that went back to the government.

Despite that law online gambling was pretty much unmonitored and unregulated and companies from outside Poland began operating casinos and sportsbooks without provocation. In 2009 the Polish government realized it had to find a way to regulate and make money from online gambling, so they had the Ministry in charge of gambling consider options for the writing of an amended law. The Ministry conducted a large study of online gambling in the country in what they called 'Operation Blackjack' and the results of that study showed a huge amount of corruption. A report by the Central Anticorruption Bureau indicated that public officials and important figureheads were trying to use their influence to lower taxes on the casino industry in the new law, as well as to sway the wording to benefit specific Internet gaming companies. The news was a major scandal that garnered headlines throughout Poland and consequently the Polish President, Donald Tusk, forced three high ranking officials to resign, fired the head of the anticorruption agency that led the investigation (presumably for allowing the leak to the media as well as concerns that the head of the agency was also helping political rivals to the president with the report), and immediately announced that all online gambling was illegal, although that sentiment was softened following the introduction of a new law later that year. 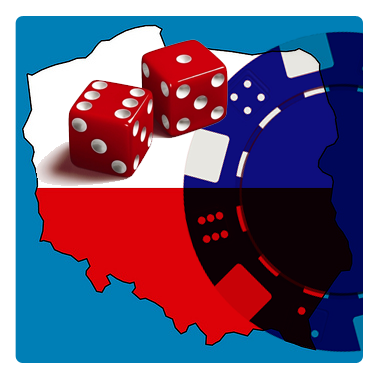 The first new amendment to the 1992 law indicated that an online gambling company could only accept Polish players if it received a license from the Ministry. The requirements of that license were that the company had to be headquartered in Poland and the website had to have a .pol extension. There was also a very stringent list of what games were allowed to be offered online and the government imposed a ridiculously high tax on turnover from online gambling. In fact the tax on sports betting was set at 12% of turnover. Not surprising many outside gambling companies operating in the country launched a complaint with the EU and hired lobbyists to get the law changed. In turn the EU told Poland (which became a part of the EU in 2006) that it could not pass that restriction as it was in violation of EU free trade treaties that include gambling.

In 2011 Poland lifted the requirement that companies had to be headquartered in the country to get a license as a form of concession and in 2015 the European Union approved the amended gambling law as consistent with EU rules. It should be noted that the EU also sent letters of concern to Sweden, Belgium, the Czech Republic, Romania and Lithuania indicating the monopolistic nature of their gambling laws. Only one of those has since been resolved successfully.

Despite the new law that allowed outside companies to obtain a license without having a physical location in Poland, only four companies bothered to apply for a license and consequently only 9% of online gambling in Poland is being done by those four companies, meaning that 91% of online gambling in the country is being geared towards illegal gambling sites who don't seem to be overly concerned with the law. Frustrated by the news, and realizing the government had no means to enforce the law on offshore companies, the new Polish president announced that the government was planning to arrest individuals who were caught gambling with those websites and either fine or imprison them. Local bookmakers objected strongly saying that penalizing bettors themselves would open up a Pandora's Box and no doubt offshore websites were upset as well, since they don't want people to go to jail because they chose to wager at their sites.

In 2016 the Polish government reversed course again, passing an amended law that allowed poker companies to apply for a license and operate poker games and tournaments, but online casino games were restricted to the state-owned lottery operator Totalizator Sportowy and any outside sites caught offering casino products were breaking the law. The amended law also maintains the 12% tax on sports betting turnover, which has been deemed unrealistic and remains a huge deterrent to any company thinking of obtaining a license for sports betting. The law also provides a means for the Ministry to try and curtail outside companies by means of domain blocking as well as blocking of financial transactions from gambling companies that don't have a license. There was no mention of penalties to individuals in Poland who gamble illegally, although I've been told the government is still mulling that over. The law is set to begin on April 1st of this year.

While most offshore gambling companies have not made any public decision on how to proceed, Pinnacle Sports has decided to exit the market citing "regulatory changes." Of course, Pinnacle left the U.S. market a few years back after the government indicated that if they didn't leave there would be consequences, so they likely don't want to get caught up in a similar situation, especially since the rest of Europe is a huge market for them. It's also unlikely that Poland makes up a substantial enough part of their revenue that they care to fight.

This new amendment is being challenged again by the EU who did not agree to the rule that allowed only the state to run online casinos, but it appears that Poland doesn't really care. I asked Clive Hawkswood, President of the Remote Gambling Association for his view of what is transpiring in Poland and what he believes the EU can do about it.

"From our perspective, the latest position is that the Gambling Bill was finally signed and promulgated over Christmas by the President and will enter into force on 1st April 2017 (some provisions will come into force in July). On the sportsbook side, there will be licensing, but a tax rate of 12% turnover hardly makes it an attractive market for most operators. Online casino will be permitted, but only on an exclusive basis for publicly-run companies.

The key question then is how Poland can reserve online gaming for one or more state sponsored operators without being in breach of EU law (under both Internal Market and State Aid regulations). EU Member States have frequently banned certain types of gambling (i.e. online casino in France and Germany) but allowing it and then reserving it as a monopoly is a harder sell. However, there are again precedents elsewhere in the EU (i.e. Svenska Spel in Sweden).

The bottom line is that the EU rarely carries a big stick where EU Member States' gambling laws are concerned and we are placing our faith in local lobbying in Poland, rather than in the European Commission successfully pushing for an early change."

So, it seems that Hawkswood has little faith in the EU and views them as paper tigers in the area of gambling that threaten but have little means of enforcing action. It's not much different than the WTO who ruled in favor of Antigua in 2004 in the long-drawn gambling dispute with the United States but had no real way of enforcing action and thus just led to frustration and defeat for the Caribbean nation.

It's uncertain what will happen following April 1st in Poland, but a couple of analysts I spoke to don't believe anything will really change. Governments don't want to arrest their own citizens unless they commit violent crimes against the state; blocking domains and financial transactions will prove extremely difficult, as the United States has witnessed after passing of the UIGEA; and it's highly unlikely that many Polish bettors will gamble at a sports site where they have 12% taken off every bet. That's the precise reason the UK and other countries dropped the betting tax on transactions to a tax on gross profits years ago. And as for the EU, they will likely continue to complain and threaten Poland but it's clear Poland doesn't really care what the EU says, plus, in the face of Brexit, the EU can ill afford to upset another Union member who may in turn threaten to leave the EU also.

By the end of this year we'll know for sure. OSGA will continue to follow the situation.