NASCAR has been trying to find new methods to make the championship more intriguing and exciting and the current format offers great betting opportunities. Hartley offers insights and predictions on who will be the Chase champion.

Ever since Nextel/Sprint took over sponsorship of the Cup series, NASCAR has been trying to find new methods to make the championship more intriguing and exciting. They started in 2004 by introducing a new playoff system called "the chase" whereby the top 10 drivers in points fought it out in 10 races to decide the champion. This was later expanded to 12 drivers and in 2011 they created an extra incentive to win by awarding the last 2 spots to drivers that did not qualify on points but had the most wins. Each of these tweaks helped garner more interest among fans but in the end the chase was usually decided long before the final race in Homestead and television ratings have never been that great. This year NASCAR implemented a complete overhaul of the chase which will completely change the way a champion is decided and truly makes it wide open as to who will be crowned Sprint Cup champion.

Starting with this week's race at Chicagoland, 16 drivers will vie for the title. Unlike in past years, drivers who won races were virtually guaranteed a spot in the chase (provided they finished at least 30th in points and ran in every race) and as a result the usual suspects have made it to the Chase but so too have Aric Almirola who won at Daytona and AJ Allmendinger who won on the road course at Infineon. Favorites eliminated from the chase included Clint Bowyer and Tony Stewart who is still battling with personal issues after hitting and killing a young driver in a sprint car race. The new format institutes an elimination system similar to the Fedex Cup in golf or the U.S. Open in tennis. The hope by NASCAR is to create a system that will entice fans to create March Madness type brackets and enter fantasy pools or bet with friends to keep them interested during football season. 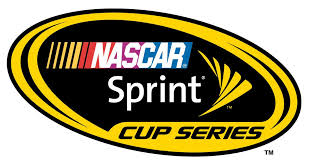 What makes this round particularly interesting is that absolutely any driver can win on the superspeedway at Talladega as has been proven with recent wins on superspeedways by Aric Almirola, David Ragan and Trevor Bayne. Consequently it is quite conceivable one of the longshots can get through to the final 8 while a favorite is eliminated. Following the Talladega race the remaining 8 drivers will have their points reset to 4,000 and will run at Martinsville, Texas and Phoenix. The top 4 drivers in points will move through to the final race at Homestead but any driver remaining in the chase that wins at Martinsville, Texas or Phoenix will automatically get one of the spots. So conceivably a driver can win at Martinsville and come last at Texas and Phoenix and still make it through despite being well back in points. The 4 drivers who remain in the chase will then battle it out in the last race at Homestead where the highest finishing driver of the 4 remaining will be crowned the Sprint Cup champion. So effectively it becomes a 1 race shootout. The hope is that because it's a win at all costs type of race that there will be a lot of bumping, strategy plays on fuel mileage and most importantly a chance at an exciting finish.

Obviously this creates new betting opportunities, particularly for the Sprint Cup champion since at least 8-10 drivers have a realistic chance of winning it all. For betting purposes the key is to find a driver that is likely to either win or stay high in the points throughout the Chase and most importantly can win at Homestead. With that in mind here are my predictions from 1st to 16th with current odds to win at Bovada.lv

1. Jeff Gordon (4/1). Gordon has arguably been the most consistent driver for the last half of the year and starts the Chase with 9 bonus points thanks to wins at Kansas, Michigan and Indianapolis. Gordon will almost certainly stay near the top in points throughout the Chase and has a stellar win record at the tracks prior to Homestead. At Homestead itself Gordon has 11 top 10 finishes in 15 races there as well as 1 win. Only Greg Biffle, Carl Edwards and Denny Hamlin have been more impressive at Homestead but I don't see any of those 3 still being in contention at Homestead.

2. Kevin Harvick (7/2). Entering the Chase as the favorite, Harvick starts with 6 bonus points due to wins at Phoenix and Darlington. Harvick has been extremely consistent all year and has the most top 5 finishes. Moreover he dominated in the first race at Phoenix so if he can duplicate that in the penultimate race, he will guarantee a spot in the final. Harvick has also been quite good at Homestead with 11 top 10 finishes in 13 starts although he's never won. While Harvick likely will be the favorite entering the final race my hunch is that Gordon just has more of a killer instinct if it comes down to those two.

3. Brad Keselowski (9/2). Keselowski has been dubbed Mr. Mile and a Half due to his tendency to dominate races at tracks of that distance of which Homestead is one. Keselowski starts with 9 bonus points thanks to wins at Las Vegas, New Hampshire and Richmond. That said Keselowski's record at Homestead hasn't been that great with only 1 top 10 finish in 6 starts and no wins. Mind you when Keselowski won the championship 2 years ago he was dominant but then backed off after Jimmie Johnson went several laps down after crashing.

4. Joey Logano (8/1). Logano was almost released by Gibbs a couple of years back due to his inconsistency but this year he's come into his own. Logano starts with 9 bonus points thanks to wins at Texas, Richmond and Bristol and with Texas one of the tracks in the Elimination Round it bodes well for Logano to make it through to the end. Logano's record isn't great in his 5 races at Homestead but Logano has a new mindset this year and he'll do whatever it takes if he makes it to the final race and finds himself in contention for the win.

5. Jimmie Johnson (6/1). The 6 time champion can never be counted out and will start with 9 bonus points due to wins at Charlotte, Dover and Michigan but Homestead has never been oneof Johnson's best tracks and he has made that quite clear. That said if he's one of the final 4 you can never count out a driver that his shown his propensity to win when all is on the line.

6. Dale Earnhardt Jr (13/2). This is Jr.'s first real chance at a championship and he will be fighting hard to match his father's feat. Unfortunately for Dale, the tracks at the end of the chase aren't his best and my hunch is he'll be out of the championship following Texas. Should Dale make it to Homestead he has 2 wins in 14 starts but his overall average finish at the track has been dismal. He'll be a fan and likely bettor's favorite. Dale starts with 9 bonus points thanks to a win at Daytona and 2 at Pocono.

7. Kyle Busch (14/1). Kyle only had 1 win in 2014 at California and his record has been dismal of late. Should he somehow make it to Homestead his record is ok but nothing to write home about. The only reason I have Kyle this high is that he has proven that he'll do whatever it takes (including what some might call dirty tricks) to win so if the championship is on the line all gloves are off.

8. Denny Hamlin (20/1). Hamlin has a win at Talladega but has been hit and miss all year. His record at Homestead is tremendous with 2 wins and 5 top 10 finishes in 9 starts but he'll need a lot of luck to still be in the chase at the final race. If he is, Hamlin is a real upset possibility.

9. Kurt Busch (16/1). Kurt Busch is an enigma. He runs hot and cold but can pull off a shock win at times. He is a former Sprint Cup champion and could provide a major surprise. That said he would be an upset and hasn't fared that great at Homestead. In fact he crashed at Homestead in the race he won the championship and was only able to hang on because Stewart struggled in that race that year also.

10. Kasey Kahne (22/1). Kahne lucked into the chase with a win at Atlanta but otherwise has struggled mightily all year. That said Kahne has been one of the most consistent drivers in the past for the chase races and Homestead has many similarities to Atlanta. It's hard to see him still being in contention at Homestead but if he is he has the ability to provide the upset. Kahne has no wins but 4 top 10 finishes in 10 races at Homestead.

11. Matt Kenseth (12/1). Kenseth didn't have a single win in 2014 and while he has been generally consistent, he's struggled of late. It's hard to see him advancing to the final in his current form. Kenseth has a win and 6 top 10 finishes at Homestead.

12. Greg Biffle (100/1). Biffle has been dismal and probably will get knocked out in round 1 or 2. That said if by some miracle Biffle is still in the chase at Homestead (maybe with a win at Talladega and a decent run in the 3 races following?) his record at that track can't be overlooked. Biffle has 3 wins in 12 races and while Roush cars haven't been as dominant of late Biffle has shown he knows how to win at Homestead if he's given a chance.

13. Carl Edwards (40/1). Like Biffle Edwards has struggled all year although he did have a win at Bristol. My hunch is that Edwards will be knocked out in the Challenger round although his record is quite good at Homestead should he get there with 2 wins and 7 top 10 finishes in 10 races at the track.

15. Aric Almirola (200/1). Almirola is in thanks to a shocking win at Daytona but he is inferior to every other driver except AJ Allmendinger. It was nice to see him get a shot but he will go out in round 1.

16. AJ Allmendinger (200/1). Allmendinger got in the chase thanks to a road course win. Now it's time to get back to reality and he will get knocked out with Almirola in the first round.