Phil Mickelson has called the PGA a dictatorship and feels that the Saudi Golf League is a good alternative.

Last year the Saudi government entered into an agreement with the Asian Tour to create a new 10 tournament schedule to take place in Saudi Arabia that would rival the PGA and European tours. The Saudi government committed $200 million over the next 10 years to the Asian Tour and hired Greg Norman to be the commissioner and spokesperson for the new Saudi Golf League (SGL). Unlike the PGA Tour, the money from tickets and TV sponsorships would be divided between the government and the players, so the total purses for the tournaments would be much higher than on either the PGA or European Tour.

While this would not normally be newsworthy, Norman made it clear last year that it was his goal to poach the best players on the PGA Tour for the tournaments. This meant for those 10 tournaments, the PGA Tour would be without its stars. It would begin with the Saudi International played on the same weekend as the Pebble Beach Pro Am in February and would carry through to the end of Spring. This is a major concern since many of those tournaments attract celebrities who help promote and sponsor the PGA Tour. A few of the biggest names on the PGA Tour, including Phil Mickelson, Dustin Johnson, Xander Schauffele, Bryson Dechambeau, Patrick Reed and Tony Finau committed to the Saudi International and said they would play again next year. They also indicated support for playing in a new Saudi Golf League (SGL). Consequently, PGA Tour commissioner Jay Monahan told players that if they commit to the SGL, they would be banned from playing in future PGA Tour tournaments. He did make one concession saying that players could play in the Saudi International (an event sponsored by the European Tour) if they committed to play in the Pebble Beach Pro-Am at least once over the next two years.

Most players said no to the SGL from the beginning because they felt honored and privileged to play golf on the best tour in the world.  In addition, they didn't want to endorse the Saudi Government, which is known for its human rights abuses including misogynistic, homophobic, and religious freedom laws, along with its involvement in the murder of Washington Post journalist Jamal Khashoggi in 2018 and suspected ties to the 9-11 attacks on the United States in 2001. But that was not the case for all.

When Norman first announced the exorbitant purse money being offered by the SGL a few players, including Johnson, Dechambeau, Schauffele and Mickelson, among others, expressed interest in playing over there. But after Monahan gave the ultimatum, every player said no to the SGL and committed fully to the PGA Tour.  In fact, it was only this week when Johnson and Dechambeau said they were committed to the PGA Tour and would not play in Saudi Arabia, except for the Saudi International, that Norman’s hopes became officially dashed.

Mickelson to play in SGL

The one holdout who has yet to say he won’t join the Saudi Tour is Phil Mickelson. Mickelson didn't simply say, however, that he thought it may be a good idea for his career to play in Asia, but instead went on a self-centered tirade explaining his actions, causing many of the best players, including Rory Mcilroy, to call him 'naïve, selfish, egotistical and ignorant.' Mickelson effectively pointed out everything that was wrong with Saudi Arabia, but then finished it with an illogical argument for why he should play there.

In a conversation with Golf.com's writer Alan Shipnuck, Mickelson stated the following:

"They’re scary motherf---ers to get involved with," Mickelson said. “We know they killed Khashoggi and have a horrible record on human rights. They execute people over there for being gay. Knowing all of this, why would I even consider it? Because this is a once-in-a-lifetime opportunity to reshape how the PGA Tour operates. They've been able to get by with manipulative, coercive, strong-arm tactics because we, the players, had no recourse. As nice a guy as [Jay Monahan] comes across as, unless you have leverage, he won't do what’s right. And the Saudi money has finally given us that leverage. I'm not sure I even want [the SGL] to succeed, but just the idea of it is allowing us to get things done with the [PGA] Tour." 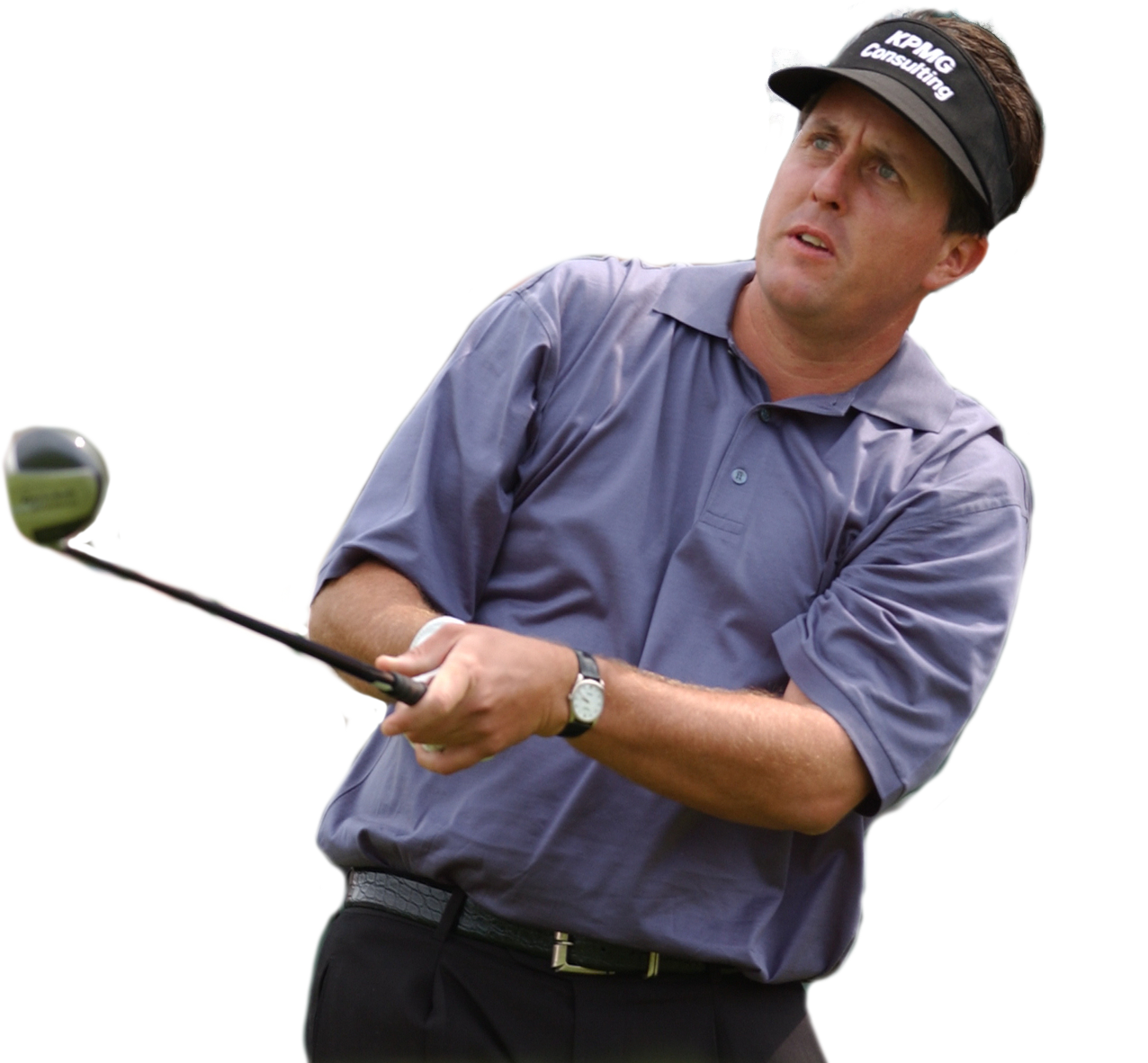 Some examples of how Mickelson believes the PGA Tour has wronged him include: rights to shot highlights, which Mickelson said players could auction as NFTs if they owned them; use of name image and likeness that Mickelson claims the PGA has control over; and lastly that purses are simply not high enough and that star players should get paid simply for appearing at a tournament.

"The Tour likes to pretend it’s a democracy, but it’s really a dictatorship,” he told Shipnuck. “They divide and conquer. The concerns of the top players are very different from the guys who are lower down on the money list, but there’s a lot more of them. They use the top guys to make their own situation better, but the top guys don’t have a say."

While Mickelson has indicated that he is pushing for players to join the SGL for their own good, most believe he's doing so for his own ego and likely to pay for his gambling addiction. Mickelson is known as a heavy gambler and some attribute the sale of his beloved airplane recently as necessary to pay off gambling debts. It also can't be ignored that Mickelson at age 51 is simply no longer competitive on the PGA Tour and the winnings from the PGA Champions Tour aren't enough to support his lifestyle.

Mickelson is no stranger to controversy and it was not lost on the gambling world how Mickelson avoided any jail time, fines or suspension for his involvement in the Dean Foods insider trading investigation where he was linked to Billy Walters and likely skated because of his name recognition, or the millions Mickelson bet, despite the PGA Tour’s rules against gambling on sports at the time. If the PGA Tour was truly as vindictive and dictatorial as Mickelson said, they may have tried to end his career there and then.

While Mickelson’s comments and actions are truly reprehensible . . .  he is not alone. Many athletes in recent years have viewed themselves as more important than other players, fans, and the sport itself.

The most recent example was on January 6th of this year when Antonio Brown walked off the field against the New York Jets claiming that he wasn’t being treated well by the team and deserved more playing time. With that decision he effectively gave the middle finger to his teammates, the paying fans, and the league. He also arguably could have cost the Tampa Bay Buccaneers a chance at a second consecutive Super Bowl.

Another athlete that simply left the sport in a lurch because he felt he was more important that the game was Carl Edwards in 2017, who quit NASCAR because he said he couldn’t support a league that cheated him of a championship with a questionable debris caution in the closing laps of the championship race.

And one can find multiple examples of players who put themselves ahead of the league and fans, including the player unions. During strikes and lockouts player unions are always complaining about how badly they are treated by owners and the league and say that the only reason people watch the games is for them. But time and time again they are proven wrong. While everyone knows the names of the star players, the truth is that fans watch the games to cheer for their teams. Even in 1987 when the NFLPA decided to go on strike and the teams used replacement players, attendance and viewership was quite good for the games. And names like James Brim, the WR from Minnesota, Scott Tinsley, the QB from Philadelphia and Lionel Vital, the RB from the championship winning team Washington simply took the spotlight away from the regulars. Obviously, they didn't perform at as high a level as the stars, but at least it gave fans something to cheer for during football season and because salaries were so low, the entrance fees for games were very small.

And while that is the case for sports like football, baseball, or hockey, it ring more true for individual sports, like golf. There are tens of thousands of golfers in the United States that will never get a chance to play on the PGA Tour, but would kill for the opportunity. They are still excellent players that hit shots much better than the average player and most are unknown until they become successful on the PGA Tour. Patrick Reed and Jordan Spieth were virtual unknowns until they won The Masters and the real stars of today's game like Colin Morikawa, Victor Hovland and John Rahm owe their success, fame and relevance to the PGA Tour. It's not the other way around. If they ever decided to defect to the SGL or a different golf league, there are many others who would be happy to take their place and have the skills to do so. And it's a certainty that American TV viewers aren't going to turn into the SGL instead of the PGA Tour. Aside from the time difference, the prestige of the event and possibly gambling makes viewers tune in to events, not simply the competitors. Other than Tiger Woods, there is not one player of note from recent times whose entry into a tournament has increased attendance or viewership.

So, Mickelson is wrong. The PGA Tour is the only reason star golfers have gained their wealth and fame and thus they should be thankful for having had the privilege of playing on the best tour in the world. And the Saui Golf League is a bad idea because it glamorizes a dictatorship that treats women, the LGBTQ community and non-Muslims as inferior to them and is responsible for actions that threaten free speech and the welfare of America and the free world. Mickelson and Norman must realize that there are times when everything can't be about numero uno, but rather what's best for all and this is one of those times.