Forget walls, healthcare and ISIS, for bettors what is important is how they can make a buck on the Presidential debates and on the election for President of the United States.

Upcoming debates may have big effects on Presidential betting odds

The first Presidential debate will take place next Monday covering the vague topics of America's Direction, Achieving Prosperity and Securing America. Without doubt Trump will simply state his tag line "make America great again" when addressing which direction the country should take, while Clinton will likely argue that America is great and the country needs to stay the course. How they bring their viewpoints across is another matter.

On the issue of achieving prosperity, many people will likely focus on Trump's wealth and wonder how they can get there themselves, while Clinton will almost certainly point to Trump's bankruptcies over the years, the fact he got started because he was given a million dollars by his father and say that you can't use him as benchmark. Moreover, Clinton will likely bring home the point that becoming a billionaire just isn't feasible and hard work is the only way to get ahead. No doubt Trump will give a similar message although he'll argue that anyone can become rich in America if they are willing to take chances.

But the topic of course that will stir the pot, and it's uncertain how the candidates will address it, is America's security and particularly combatting terrorism. Trump will almost certainly argue ISIS can be defeated by military strength, while Clinton will likely state it can only be accomplished in combination with allies and the U.N. Trump will likely double down on his call for a wall across the Mexican border, while Hillary will argue that's unconstitutional and closing borders will only lead to more terrorism. 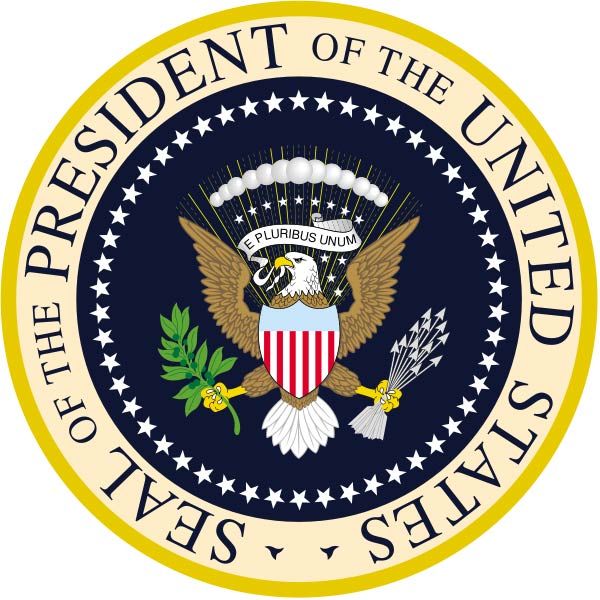 But for bettors what is important of course is how they can make a buck on these debates and on the election in general. A few sites have offered state-by-state odds, as well as odds to win the Presidency and there could be value by looking at the current posted lines and trying to determine how the polls will change after the debates and consequently the odds. And for the daytraders the value could be in trying to get good odds when a debate topic is being discussed that will likely influence a state's polls and buying the other side when topics that will move the polls back emerge in future debates. With that in mind and with the topics to be discussed, here are some value state odds using the current odds at Paddy Power.

This state has always been a Republican fortress but the Arizona seems to be in play this year as a result of a huge influx of migration from traditional Democrat states and concerns by the large Hispanic population relating to Trump's plans for a wall. The polls currently have the Democrats slightly ahead, but the bookies seem to believe things will return to normalcy once election day arrives. I'm not so certain.

For the Hispanic voters repatriation with family members is likely a key component for their vote and a wall with Mexico and ultimately poor relations between the two countries would kill that. Hillary's view has always been to keep the borders as open as possible for transparency. Moreover, when Trump talks about prosperity and making America great again it will likely fall on deaf ears to the large majority of voters in the state who realize they'll never achieve that wealth and simply want to live comfortably. At this point the majority of voters in Arizona simply want to be able to pay their bills. Hillary seems to be doing well in that regard. The latest polls have the Democrats up by about 2%, but I expect that number to soar after the debate. Consequently, look for the odds on the Democrats to fall significantly. 11/4 odds seem to be a good buy at this point in time.

I'm lumping these two states together because the main issues that concerns the majority of residents there are the same – job creation and job protection, particularly in manufacturing jobs. Both states have been hit hard by decline in domestic automobile sales and right or wrong the vast majority of that blame has been placed on politicians who they believe sold them out to foreigners. In Ohio the word "NAFTA" is seen as a four letter word, so when Trump hits home in this debate about ripping up NAFTA and replacing it with a more American friendly treaty and when he talks about building walls he will be met with applause and a surge in the polls among those who believe that's the solution to bringing manufacturing jobs back.

In fact, it happens almost every election – the Republicans get a huge bump in the polls in those states when the issue is first raised and the Republicans blame the Democrats for unfavoarable treaties, but when the real facts eventually are brought forward – i.e. that George H. Bush introduced NAFTA, and when other issues are brought to the forefront, the polls change again. I have no doubt that in the end Michigan will vote for the Democrats and Ohio, as always, will be too close to call. Unless Kasich is willing to support Trump (no indication that he will), the state will be a toss-up. But on Tuesday look for the Republicans to get a huge jump in the polls in both states making them a good buy at the present time at 4-7 and 11-5 respectively. At some point a hedge on the other side will be the prudent thing to do.

Florida is a crucial state in deciding who wins the presidency every election and the Republicans are now favored, after the polls saw a huge move recently towards Trump. In fact, the polls moved almost 10 points in a month! But I expect that to change after this debate.

Florida has been very pro-Trump ever since he upset Marco Rubio in the primary and that's likely as a result of his presence in the state. He owns several businesses including Doral Golf Course and he is a bit of a celebrity there. However, the state has a large Hispanic and Jewish population and his comments on safeguarding America could hurt him greatly there once he speaks in the debate. No doubt his anti-immigration stance will prove to be a great negative for Floridians who want repatriation with family in Cuba (and Barack Obama is seen as a savior to many Hispanics as a result of the easing of sanctions in that country). For Jewish people, the anti-Semitic comments by his family and his unwillingness to immediately disavow himself from support by David Duke will hurt, especially when the Jewish population is reminded of this. More importantly Clinton is seen as a friend of Israel and Bill Clinton is believed to be one of the strongest allies that country ever had, while Trump seems more concerned right now with setting up an allegiance with Russia, which will not go over well in the state. My belief is that once these issues are brought about, once Clinton shows that Trump was not the great jobs creator in Florida that many believe he was and once he shows a vision for America that is vastly different than most Florida residents would want, the poll figures will shift again in favor of Clinton. Ultimately, the Democrats will become the favorites once again. 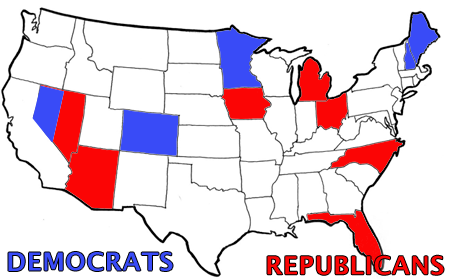 Nevada: Current odds 5-6 for both parties

Nevada is one of those states that tends to go either way, although the Democrats won the last two elections. There is belief that the influx of people to the state from traditionally more Democrat states in the recent past has boosted the fate of Democrats lately and Trump is winning favor in the state now because many there believe he is their best chance in seeing Nevada return the state to prosperity. The state is highly reliant on tourism and, like it or not,Trump is a good salesman. But Harry Reid will not support Trump and the big casino magnates there (save for Sheldon Adelson who has a love/hate relationship in the state) are throwing their support to Clinton. It's uncertain if there's anything in this debate that will sway voters, but unless Trump can come out with a real, solid plan that will illustrate how he will create jobs and improve tourism my hunch is that many Nevada voters who are leaning towards the Republicans will eventually vote for Clinton. The odds probably won't shift greatly after this debate, but by election day the Democrats should be ahead in Nevada.

Clinton was polling ahead in the state for some time but has lost all her lead recently as a result of the pneumonia scare. It appears many in North Carolina believe she may not be well enough to be president, while Trump is viewed as relatively healthy. There is really no reason Trump should even be that close in this state. The key issues in that state are jobs, education and healthcare. Right now Trump is polling as best on those issues but I believe this debate will show him for the phony he is as a "jobs creator" and no doubt the failed Trump University will be brought up many times. As well it doesn't appear that influential Republican political candidates in that state that are anxious to support Trump, while key influential Democrat politicians have strongly endorsed Clinton. As long as Clinton looks healthy at the debate and can stay the course showing why her campaign is the best to help people in the areas of job creation, education and health care, I believe we'll see a big bump for the Democrats following the debate and the odds to become closer to a pick 'em than they are.

The fact that this state is even remotely a toss-up is bizarre. Minnesota has always voted Democrat and the only time since 1932 that they voted Republican was when Nixon won every state but Maine and Virginia in 1972. Only Washington DC has a longer streak of voting Democrat. And even in 1984 Minnesota voted for Mondale while every other state voted for Reagan. Clinton is still 6 percent up in the polls, although it has been narrowing, but there's really no reason whatsoever to believe Trump will win in the state. The key issues in Minnesota are again, jobs, education and healthcare, as they are in most of the battleground states and Clinton should easily demonstrate why she is the better candidate for those concerned about education and healthcare. Recent gun crime will also play to Clinton's strength as Trump's call to protect 2nd amendment rights in that state will likely fall on deaf ears. The odds for Minnesota make no sense. Look for the Democrats to pull away following the next debate or two.

There are betting odds listed at EU sports betting outlets like Paddy Power, and traditionally places like Bovada and 5Dimes have state-by-state odds available. Check back in the coming days and weeks for more Presidential odds from Elite-rated sportsbooks.