New legislation that would repeal the federal prohibition on sports betting and allow states to legalize online gambling is a long way from becoming a law and it's future lies with the sports leagues.

Last week New Jersey Congressman Frank Pallone introduced the Gaming Accountability and Modernization Enforcement Act (GAME) that aims to repeal PASPA and other federal laws and allows states to determine whether to legalize all forms of betting. Pallone stated that the current framework where sports betting is legal in some states and not others due to a federal law, but that the legalization of fantasy sports is left up to the states makes no sense. In interviews with several media outlets Pallone called federal laws that prohibit any form of gambling (i.e. PASPA, the Wire Act, the Travel Act and the UIGEA) "archaic" but the GAME Act would increase transparency, integrity and grant more consumer protection thereby bringing some common sense to gambling. 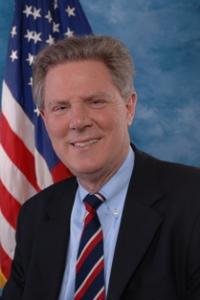 Pallone argues that Americans currently bet over $400 billion a year offshore or with illegal bookmakers and that states don't generate any income from that betting. So, he believes it's about time the states take control and decide what their citizens can bet on, just as long as safeguards are put in place regarding age verification, geo location, legitimacy of operators and methods to address problem gambling. Of course, the bill also was introduced in frustration over New Jersey's failed attempts to get the courts to seriously consider the state's appeal to offer sports gambling in an effort to boost interest in New Jersey casinos and race tracks.

This new bill, of course, is just one of many attempts to reform gambling in the United States, but the big difference is that most other efforts were court challenges to the constitutionality of those bills, which the courts have ruled many times are legal.This bill aims to pass new legislation which will take that decision out of the courts hands. Pallone indicated that the Solicitor General has no interest in the Supreme Court taking up more time dealing with sports betting, so this bill is really the only solution to bypass the courts in the process.

Many analysts have suggested that the daily fantasy sports (DFS) sites will oppose the bill because it equates DFS to sports betting and daily fantasy sports sites have always suggested they are different because it's a game of skill. Poker sites have also claimed in the past that they are different from sports and casino type sites because their game is based on skill too, yet the Poker Players Alliance (PPA) has endorsed the GAME Act. I spoke to a colleague who is connected to one of the DFS sites and when I asked him his opinion he laughed and said "they can call us ping pong just as long as we are acknowledged as a legitimate and states can offer daily fantasy sports without impediment."

Pallone acknowledges he has to get bi-partisan support and he hopes that Donald Trump's connection to casinos in the past will encourage him to throw his support behind the bill. While Trump may have no opinion on legal sports betting himself, he has indicated he's a champion of 10th amendment rights and this could be a chance to prove it. Plus, as has been seen on many occasions, Trump can be vigilant against those who oppose him in the GOP party and hopefully this will convince many Congressmen and Senators to support his wishes, should he indicate support for the GAME Act. 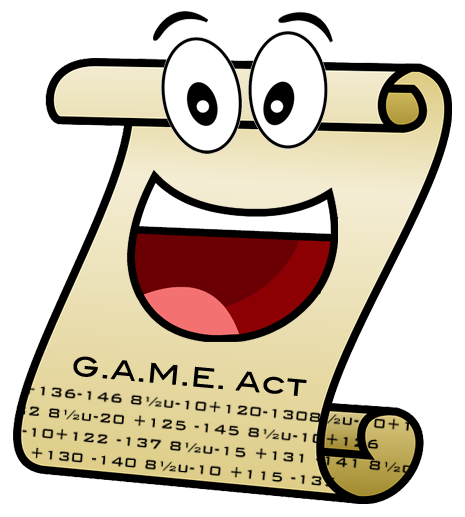 In the end, however, the wild card in the effort, and what will likely determine whether the bill gets any traction, is the sports leagues. The NCAA will definitely oppose the bill, although there's a chance they can be appeased provided amateur sports are excluded as part of the regulations, and the NFL will likely maintain their opposition as well, although there have been indications that many NFL owners are encouraging supporting gambling on their sport provided some safeguards are put in place. In fact, I have been told by a reliable source that the NCAA would approve a professional gambling bill if Nevada reversed its stance on amateur gambling and made betting on NCAA games illegal, but the chances of that happening are slim and none and slim just left town. As for the other leagues the NBA has already indicated support while MLB, the NHL and MLS are on the fence, although they likely will support any bill under the right circumstances. These circumstances, according to analysts I spoke to, are that the leagues benefit monetarily as they do currently with DFS partnerships. All the leagues will also likely want some sort of provisions to monitor gambling so that they can guarantee a Pete Rose type scenario never happens again.

One other consideration which could kill any chance of this bill gaining momentum is the fact that Pallone has not isolated the bill to just sports betting. Because he wants a bill that would effectively repeal the Wire Act as well, it runs in complete opposition to RAWA and Sheldon Adelson's efforts to reverse the 2011 DoJ opinion which makes all forms of gambling, including online gambling legal . . . except sports betting. And like it or not many on Capital Hill are still owing to Adelson for his support in the election. In fact even Trump took a fair amount of funding from Adelson in his campaign, although Trump likely won't let that influence him.

So Pallone's task now is clear. He must approach Congressmen and Senators in both parties to support his bill, he must write air tight regulations to assure support and he must devise a tax and/or revenue sharing plan that will appease states and the leagues by showing them that this bill is a win-win for everyone. Pallone can forget any support from the likes of Paul Ryan, Lindsay Graham or Jason Chaffetz, but there are enough junior Congressmen who are not so beholden to Adelson and may actually see this bill as a chance to gain popularity with their constituents. After all, polls have indicated many times that most Americans favor gambling expansion and lobby groups like the Poker Player Alliance and the American Gaming Association support the bill.

In the current climate this bill may actually stand a chance of gaining momentum. Let's hope Pallone can pull off some magic and reverse the archaic laws and bring some common sense to gambling in America. The OSGA will follow the progress of the bill and provide updates as they occur.