A look at the 142nd Run for the Roses, including analysis for each contender and a few keys picks for Saturday's Kentucky Derby.

Unfortunately, I'm not in line right now with five minutes to post. That way it would insure I won't change my mind a likely eight times on who to bet for this Saturday's Kentucky Derby. Not that I'm lacking confidence or handicapping knowledge, but dozens of past performances throughout the historic "Run for the Roses" have proven beyond any reasonable doubt that you can make a case for just about any 3-year-old horse entered.

No better example than all the way back to well, 2009 and Mine That Bird. 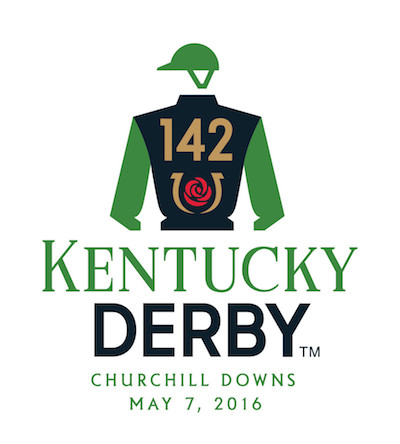 On that particular horrible, rainy first Saturday in May no one whatsoever gave this unknown horse beyond any remote chance while most even questioned why he was in the field. Through some lucky late scratches during the week he made it into the starting gate. Down the backstretch binoculars couldn't locate "The Bird" until he squeezed in along the rail in a memorable stretch rally to win going away at more than 50-1 under local jockey hero Calvin Borel. At 500-1 you wouldn't have gotten play from any handicapper yet he pulled it off a major stunner over many million-dollar pedigree colts. His trainer Bennie Wooley Jr. was unheard of then and frankly has not really been heard much of since.

There's much more proof that many more Derby's have been won by "Mine That Bird's than Secretariats and Seabiscuits. Therefore, while I provide you my expert selections, don't let me talk you out of your choices based on names, numbers, jockey silk colors or whatever you dream up late Saturday afternoon.

That being said, here we go:

Nyquist
All discussion goes through this horse. At 7 for 7 including a powerful win in the Florida Derby, Nyquist goes off an estimated 9-5 after being posted a 3-1 morning line favorite. His team of trainer Doug O'Neill and jockey Mario Gutierrez teamed to win the Derby in 2012 with I'll Have Another. He breaks from perfect post 13, a lucky number and with a good trip it's his race to lose. In a smaller field at any other race track on any other day he's a cinch. Hard to make a case against him. Only the bad value in the overcrowded 20 horse field is the down side.

Exaggerator
Exaggerator is the "now horse" and likely second choice by winning the mile-and-an-eighth Santa Anita Derby. Fellow Kentucky Derby entrant Danzing Candy had a strong start and appeared as if he'd run away with the race unchallenged, only to be run down from 20 lengths back and then left in the mud by Exaggerator, who won by 6 1/4 lengths. Hall of Fame jockey Kent Desormeaux will be coming in the stretch for his brother Keith, who is the trainer. Should a few horses set a likely fast early pace, Exaggerator will be very dangerous.

Mor Spirit
Any horse trained by master Bob Baffert has to be respected. Add in another Hall of Fame jockey in Gary Stevens and plenty of people will be selecting Mor Spirit. He's never been worse than second in seven lifetime starts including a good runner up to Exaggerator in the Santa Anita Derby. Another big plus is he has raced at Churchill Downs previously in November. Also a good second place finish in a quality stakes race. Listed at 12-1 in the morning line, you'll probably get around 8-1 t at post time. Needs a clean break from an outside post.

Gun Runner
This seems to be everybody's "wise-guy" horse and I'm not so sure why. I do respect his recent win in the Louisiana Derby at the Fair Grounds, which was one of two stakes wins there. But he's only raced five times. That's never been a good sign for horses to win the Kentucky Derby. Also jockey Florent Geroux is a coming star but I believe this is his first Derby mount. Another negative sign, where it often takes great jockeys years to capture the roses.

Mohaymen
I might look dumb if this horse wins. He was headed to be the race favorite before his recent flop in the Florida Derby. That might have exposed him. Often they say horses "bounce" and recover quickly but I don't think so. I'm feeling he peaked early and others are catching up. His billionaire owners purchased him for $2.2 million, which has made Moyaymen a huge favorite in every race. Mohaymen has good tactical speed but I don't think he can carry it a mile and a quarter.

Brody's Cause
Don't have a lot of bad things to say about him except that I believe he will be over bet. It doesn't help that he will break from post 19 either. I know he won at Churchill before at 33-1 but that was over a nine horse field, not a 20 horse field on Derby day. There are always five or six horses that get in traffic trouble and have to luckily maneuver their way through the field. This feels like one of the unlucky ones that will have to make up a lot of ground. It could be done but there are other better selections.

Destin
The negative again is that he only has started five times. The good news is he is a fresh horse off a nice win in the Tampa Bay Derby almost two months ago. He's worked well since for the sport's most successful and respected trainer Todd Pletcher. The great news is he will be ridden by Javier Castellano, who has won virtually every big race in the U.S. except the Kentucky Derby. No one will have more incentive nor be more deserving of potentially wearing the roses. He's perfectly bred for the long distance and might be a great price here.

Suddenbreakingnews
Very similar to Brody's Cause in that he will likely be last out of the gate and has to pass the entire field. Not a great recipe for success. But, should the pace be very fast and he gets some luck, Suddenbreakingnews should be flying down the stretch. He had a terrible trip in the recent Arkansas Derby and likely would have won if he wasn't 6-wide on a much shorter stretch. He might like Churchill Downs a great deal more. Jockey Luis Quinonez isn't really a star but don't let that discourage you if you want to play this horse. Perhaps a nice place or show bet at likely 25-1 odds.

Win
MOR SPIRIT – A very tough & slim call here over obvious favorite Nyquist. The key will be the start of the race. Breaking from the auxiliary starting gate in post 17, Mor Spirit will have to be at least close to the leading pack to be effective. Gary Stevens has won Kentucky Derbies and knows what it takes. A win here and he retires for the second time again later in 2016. And with a barn full of top 3-year olds, there is a strong potential reason magical trainer Bob Baffert chose this one to pursue the big one.

Longshot:
DESTIN - Plenty of opportunity to make money if you want to bet place or show, or include in your exacta or trifecta bets. Destin figures to be approximately 20-1 or better with racing's top jockey Javier Castellano. This is one of those hit or miss unknown types. He could be starting to hit his peak or just overmatched. Never beaten anybody like a Nyquist, Exaggerator or even Mohaymen as yet. Therefore, the longshot status.