Kahnawake’s decision to block U.S. players was in the plans for over a year

An exclusive interview reveals that the KGC is looking for a more global reach and respect around the world, including New Jersey.

The U.S. facing gambling community was dealt a surprise blow last week when it was announced that the Kahnawake Gaming Commission (KGC) would no longer provide licenses to companies accepting U.S. customers and that all current licensees that cater to the U.S. must leave.

The KGC was formed in 1996 after a law was enacted by the Mohawk Council of Kahnawake that allowed for offshore operations from the reserve and as part of the process the KGC set up state of the art servers that provided Internet gambling operators to run from the reserve. The interactive company that ran the servers was called Mohawk Internet Technology (MIT). 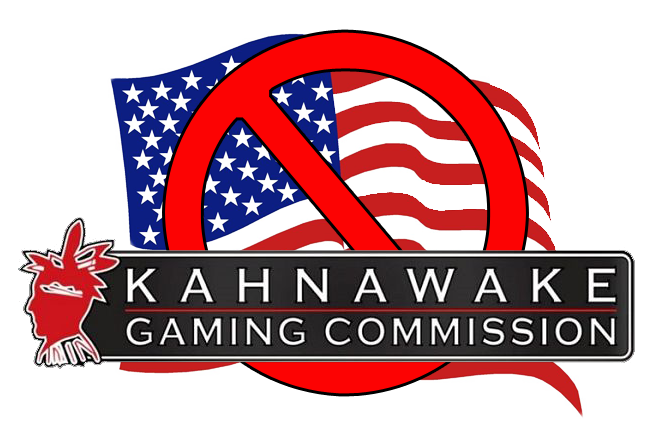 Kahnawake is a small reserve located just outside of Montreal and, like all reserves, the Mohawks are sovereign, with their own set of laws. While Antigua, Costa Rica and Panama already had a lot of U.S. facing licensees at that time, Kahnawake was still relatively unknown. The KGC caused quite a stir, therefore, in 1999 when they represented themselves at the first Global Interactive Gaming Expo (GiGse) in Montreal and invited the gambling operators to check them out while they were in town. It didn't take long for many operators to see the benefits and accept a license. Like other offshore jurisdictions, Kahnawake could provide companies with the ability to operate in a tax free zone but the proximity of the reserve to the United States itself allowed operators to actually live in Montreal if they chose (or even other Canadian cities if they wanted to commute) which provided more of the lifestyle many of the operators were used to when compared to Antigua or Costa Rica. As well, the technology was far more stable in Kahnawake than the Caribbean or Central America, meaning less frequent outages and downtime (and don't forget at the time most internet connections were dial up) and the cost of phone calls (for those taking bets over the phone) was far cheaper. But most importantly, the licensing fee was about a quarter the cost of Antigua and about half the cost of Costa Rica. As well it was clear that the Mohawk Council was prepared to defend its sovereignty and stand up to any challenges of their legality, which convinced a lot of operators that they were more secure from U.S. prosecution in Kahnawake than they would be in the Caribbean. The only real downfall to operating in Kahnawake was that only Mohawks are allowed to live on the reserve, so operators must live outside of the reserve which of course could set them up for prosecution by the  U.S., if they were able to get the Royal Canadian Mounted Police to cooperate with them.As a result, many owners and managers chose to live in a different jurisdiction and simply hired staff that were already living in Canada and were not going to be targeted by the U.S. government to man the operations in Kahnawake.

Numerous companies set up operations on the servers, including Bovada (the U.S. facing arm of Bodog), Sports Interaction, Intertops, a host of casino companies and most famously Absolute Poker and Ultimate Bet, which operated under the Cereus brand and faced a large cheating scandal, eventually folding after Black Friday. But it appears that times have changed and the Kahnawake Gaming Commission decided that now was the time to fold its cards and tell U.S. facing companies they were no longer welcome.

There's no question that with the tide changing in the U.S., the KGC sees a great opportunity to attract legal U.S. operations at a future date, but that will only be possible if they are seen to have a clean slate. I spoke with Murray Marshall, general counsel and a representative of the Kahnawake Gaming Commission for the reasoning behind their decision and Mr. Marshall provided the following answers:

Question: How long has this decision been in the making and why did you decide to cut off U.S. customers now?
Answer: Since 1999 when Kahnawake established one of the world's first online gaming regulatory regimes, the industry has changed significantly. The Kahnawake Gaming Commission's (the "Commission") Regulations concerning Interactive Gaming (the "Regulations") have evolved numerous times in accordance with the realities of the day. The Commission's decision not to license operators who accept U.S. players has been discussed internally since mid-2015. Given the fact that U.S. law generally prohibits operators from servicing U.S. players and also prohibits credit card transactions in relation to online gaming, the Commission concluded that licensing operators who accept U.S. players could adversely affect Kahnawake's jurisdictional integrity or reputation, and should be discontinued. It should be noted that Kahnawake's position in this regard is consistent with the approach taken by all other credible regulatory jurisdictions globally.

Q: I notice in articles and press releases New Jersey gets mentioned. How does that state factor into this?
A: For some time now, the Commission has had an excellent working relationship with the New Jersey Department of Gaming Enforcement ("DGE"), as it has with many other regulatory agencies around the world. The Commission's recent decision not to continue licensing U.S.-facing operators was consistent with DGE's position and has enhanced the mutual respect and cooperation between the two bodies.

Q: Can you now say for certain that all KGC licensees have stopped catering to U.S. customers? If so, then what is the status of the Morris Mohawk Group? Moreover Bovada.lv still takes U.S. action. Where are their servers located now if not at MIT? Also does Bovada have any presence on the Mohawk lands currently?
A: Unless and until the state of the law in the U.S. changes, the Commission will no longer license U.S.-facing operators. The companies who operated the Bovada (and related) brands, voluntarily terminated their licences ("Client Provider Authorizations"), effective September 1, 2016. All equipment has been removed from Mohawk Internet Technologies ("MIT"). The affected companies are not obligated to advise the Commission as to where their equipment was re-located, and they have declined to do so.

Q: Most licensees now seem to be casinos. Is it safe to say none of those take U.S. action anymore?
A: The Commission no longer licenses operators who accept U.S. players for any type of online gaming, including: casino, poker and sportsbook. If the Commission becomes aware of a licensee operating in a manner that is contrary to the Commission's directive regarding U.S. players, the licensee's Client Provider Authorization will be suspended or revoked.

Q: Without U.S. action what benefits is there to non U.S. facing companies to acquire a KGC license over one from say Alderney, Malta or Antigua?
A: The benefits for non-U.S. facing operators to locate in Kahnawake remain the same: experienced, progressive and respected regulatory regime; world-class hosting services; easy access to Montreal for transportation and personnel; competitive costing for licensing and hosting.

Q: Are you concerned about the viability of KGC going forward without U.S action and more specifically, how many licensees do you currently still have on the reserve that are catering to non U.S. clients?
A: The Commission is confident that its recent decision will enhance Kahnawake's reputation as a credible tier one regulatory jurisdiction and will attract operators who may otherwise have been reluctant to locate in our jurisdiction. As indicated above, there are presently no licensees who cater to U.S. clients except one or two who are in the process of transitioning out of Kahnawake.
(On that last note there are a couple of companies that still have marketing call centres but are in the process of leaving completely).

The decision by the KGC, while understandable is still somewhat sad. As someone who has followed internet gambling since its inception, when Intertops took the first bet in Austria, it's sad to see "the wild west" of gambling dissipating. Back in the mid to late 1990s gambling on the Internet was easy and rewarding. Bonuses were prevalent, sending and receiving money was easy and gambling operators and jurisdictions stood their ground against the U.S., the UK, Canada or anyone that wanted to challenge them.

Chief among those jurisdictions was Kahnawake.

I still remember the second GIGSE conference when a KGC spokesperson was speaking and told the crowd and any U.S operatives in the audience to just try and stop them. But things change. Kahnawake is looking to its future and clearly they feel this move is necessary if they want to benefit if and when the U.S. finally legalizes all forms of online gambling at the federal level. One thing is certain, Kahnawake still provides superior servers and a great place to operate from so they will always be attractive toglobal gaming companies.