Hartley chats with the president of Woodbine about new iGaming laws in Canada and the future of betting on horse racing.

iGaming in the form of sports betting has taken off in Ontario, but laws currently restrict horse racing on those sites.

When Ontario launched its open iGaming market in April, no websites were offering horse racing. I assumed this was a requirement by the Canadian Parimutuel Agency (CPMA), so I was surprised to hear Woodbine President Jim Lawson say that he hoped to see horse racing on the various iGaming sites sometime this year. I reached out to Lawson to find out more about the plans and restrictions. He provided some detailed information on the process to get this achieved, as well as his hopes for Woodbine and horse racing in Ontario going forward.

Before the interview commenced, Jim made it clear that for the time being the only thing on the table was pari-mutuel wagering. The current Canadian Criminal Code only allows betting on horse races via pari-mutuel wagering and the horse racing industry was one of the entities that made sure this continued to be the case.

"When Kevin Waugh proposed his legislation, there were no restrictions, but we told him that you can't just open the door with no regard for pari-mutuel wagering on horse racing. It would put us out of business. He agreed, so we all met with the justice committee and amended the bill so it would not include horse racing." 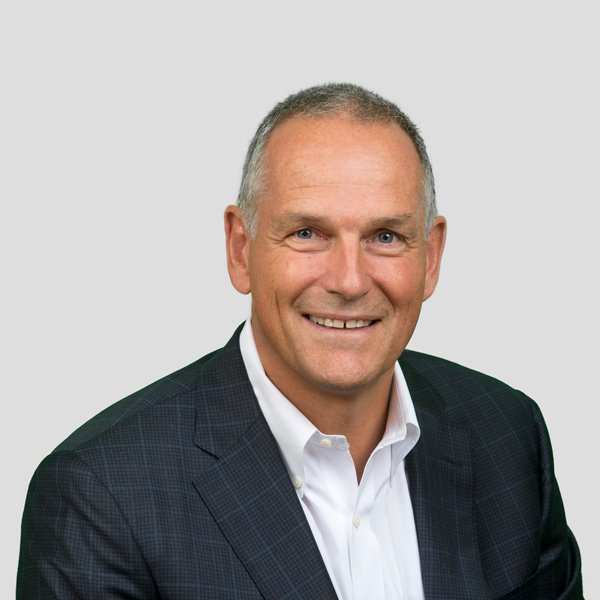 Nevertheless, Lawson indicated that there was nothing in the law that prevented pari-mutuel wagering on iGaming sites as long as its regulated. He believes that if bettors could place pari-mutuel wagers on sites like Bet365, BetMGM, FanDuel, etc. it would create an interest among a new group of bettors that may not go to a racetrack, tele-theater or Woodbine's own HPIBet site to place a horse racing bet, but would do so if it was featured on an existing iGaming site.

Lawson sees this as a quid pro quo situation. He said that the iGaming companies would get a part of the wagering that is bet through their websites and he believes in return many sites would team up with Woodbine for marketing deals and possibly even sponsoring stakes races with the iGaming company's name, for example, "The Bet365 Cup and Saucer Stakes" or the "EP Taylor Stakes sponsored by FanDuel". He also believes there could be ample advertising of iGaming sites at all Woodbine owned facilities.

"That is part of the upside. They all have huge marketing budgets and will use sponsorships and advertising as a way to gain market share. But they will only do that if they can offer horse racing."

Lawson, said it would take time, but he believes Woodbine is getting there.

"We've already taken steps and the CPMA has indicated they have no concerns. Now we just have to get approval from iGaming Ontario to allow the product to be integrated into the current sites. It takes time but we believe it can happen this year."

Lawson said that this change would be a huge boon for Woodbine and would offset some of the revenue they are losing as a result of the new open iGaming market.

"We do not want to be subsidized and this would be a way to do this. The current setup has resulted in a $10 million decrease in revenue per year, but if we can tack on, it would be massive and we project $25 million plus of incremental revenue. It has to happen and it needs to be done now."

Lawson also noted that Woodbine is a not-for-profit entity, so all revenue would go back to the horse racing industry, including increased purses, track upkeep and various improvements to facilities. Currently, Woodbine has $100 million a year in operating costs.

Much of our conversation after that focused on fixed-odds betting for horse racing. Lawson said he was all for it and said he believed it was necessary to attract the younger bettors today, since they don’t understand nor are willing to accept pari-mutuel wagering. And he isn’t wrong. Fixed odds horse racing was featured in a session at the recent North American Gaming Summit. Dennis Drazin, the President & CEO of Monmouth Park, along with Bill Pascrell, a major lobbyist for gaming in New Jersey, and Christian Stuart, the CEO of Betmakers, North America, discussed New Jersey’s recent foray into fixed odds racing, along with its progress.  Drazin said that the racing industry in New Jersey long opposed anything but pari-mutuel wagering, but they realized that the only way they could grow, particularly among younger bettors, was to offer a product where the final odds were known, similar to all other sports. Drazin said that younger sports bettors just don’t understand how they can wager on something at 3/1 odds with 5 minutes to post but only get 3/2 odds once the final bets are made, all comingled pools are added and the takeout is applied. They aren’t opposed to the product itself, but rather the way the payouts are set. But, he said if they know that the odds they wager at is what they’ll get when the payout is made, they would be interested again.

"They aren't opposed to the horse racing product, just the way bets in the industry have traditionally been decided."

Britain along with Australia and most of the world learned that a long time ago. Consequently, the majority of bets in the UK and Ireland are made with bookmakers who offer fixed odds options. The tote still serves a purpose, but it complements the fixed odds offerings. And both Dravin and Stuart indicated that the current foray into fixed odds offerings has been quite positive.

Lawson said he was on board with the option.

"We are not opposed to fixed odds and realize it has to come. This would include not only odds to win the race but also props such as who would lead at the half mile pole, over/under for the final time of the race and head to head matchups. The younger bettors expect that."

Lawson indicated that this is hope for the future, but it would likely take a fair amount of time to implement, mainly because it would require another change to the Criminal Code of Canada. The same law that required amendment to allow single game sports betting, already provides an exemption for horse racing in section 204 of the Code, indicating that the only legal bets on horse racing are ones made through the pari-mutuel system.

So, the Criminal Code would need to be amended to take out that rule and it would require a motion in the House of Commons, agreement by all provinces and then passage by the House and the Canadian Senate. Mind you the federal government has been open to amending any gambling law if there is interest at the provincial level. This was evident by the recent amendment to single game sports betting and also the amendment in 1999 that changed the centuries-old-law which prohibited dice games in casinos.

The federal government's position for almost 40 years, after the federal government dissolved Lotto-Canada in 1985, has been that provinces and territories should decide on gambling rules, but they also require any changes to the Code to be unanimous. Lawson said he expects there will be pressure to amend the Criminal Code in a year or two and Woodbine will not stand opposed to it like they were when the single game sports betting bill was originally quashed by the Senate in 2003. He also expects other provinces to get on board and ask "are we really going to oppose this? We have to move forward and grow."

In fact, he said it could be up and running in a matter of weeks. But Lawson indicated it currently rests with the AGCO and OLG who oversee all retail betting in Ontario. Lawson pointed out that the largest and most successful retail sportsbook in North America is at Meadowlands Racetrack, which has partnered with FanDuel, and he said Woodbine is working with the same consultants to make this happen. Lawson said sports betting could occur at Woodbine and Mohawk racetracks, as well as at a number of its Champions teletheaters throughout the province. He said that these would be strategic, however, and would not be offered at every outlet, so it would not be overwhelming, as what happened when Ontario legalized cannabis and dispensaries started popping up on every corner.

Lawson said that if all the forementioned suggestions occur, along with the company’s plan to develop some of its 780 acres of land in Etobicoke, it would almost certainly end the subsidies the government currently pays the industry, estimated at about $100 million a year. And the plans for development are impressive. Lawson said they are looking at 25,000 units of housing, potential new medical and biotech facilities, a large 5-star hotel, entertainment facilities and possibly a new conference center. Lawson also said he was talking with Metrolinx to build new stop on the GO train line (a provincial rapid public transit system) that would be paid for by Woodbine itself.

'It would put horse racing at center ice and would bring 15 million people a year to the site within the next 10 years. It would end subsidies to Woodbine which would benefit the province, the municipality and taxpayers. And all money would go back to horse racing."

So, all the Ontario bettors who were upset to see their horse racing options disappear when offshore sportsbooks obtained an iGaming license may be in for a reprieve. It will likely be only pari-mutuel wagering for the near future, but at some point could include fixed odds wagering and, dare we say . . .  exchange wagering, in the future. When this happens it will be a huge benefit for the industry, the province, the municipalities, the taxpayers and even sports bettors who will once again be able to wager seamlessly on horse racing and their favorite sports on the same website.