At his confirmation hearing Attorney General nominee Jeff Sessions indicated he was prepared to revisit online gambling laws in the U.S. Here are the top 5 reasons why he should not.

For those who were uncertain which direction the new Trump administration would be taking with regards to online gambling, the answer seemed more clear when the nominee for Attorney General, Jeff Sessions, indicated he was prepared to revisit the Department of Justice (DoJ) opinion of 2011. At his confirmation hearing, Jeff Sessions was interviewed by Lindsay Graham and was asked his opinion about online gambling and Sessions said he was shocked when he heard that the DoJ issued a new interpretation of the Wire Act.

"Apparently, there is some justification or argument that can be made to support the Department of Justice's position, but I did oppose it when it happened," Sessions responded. 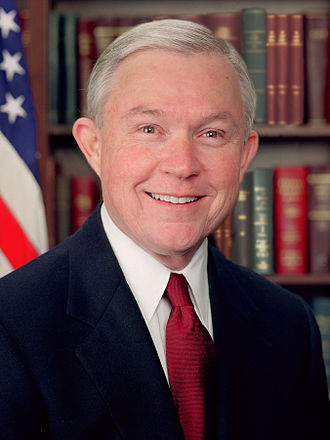 Asked later if he would revisit and perhaps repeal the decision Sessions responded:

"I would revisit it and I will make a decision on it based on careful study," Sessions replied. "I haven't gone that far to give you an opinion today."

It's possible that the exchange was not rehearsed but suspicions are that this was cooked up to give notice to the casino industry and to Sheldon Adelson that the change is coming. Online gambling, after all, is not a major issue when it comes to fighting crime and terrorism and it would have made more sense for this issue to be addressed after Sessions had a few months in the job. But there was absolutely no reason to bring up online gambling at a confirmation hearing.

The questions Congressmen and Senators always focus on when deciding whether someone is right for the job of AG are how they will be tougher on criminals, how they will deal with terrorism and how they will address issues such as pardons and financial crimes. Eric Holder, Alberto Gonzalez and Janet Reno certainly never had to address questions on social issues so why the issue of online gambling was even addressed at the confirmation hearing is suspicious. Nevertheless, now that the issue has been put forward and now that Sessions has indicated he may revisit it, the following are five reasons Sessions should decide not to cave into Adelson and instead keep online gambling legal at the discretion of the states.

1 – The Wire Act was never intended to deal with anything other than sports.

The exact wording of the relevant section of the 1961 Wire Act, passed under the Kennedy administration is as follows:

(c)Nothing contained in this section shall create immunity from criminal prosecution under any laws of any State.

(d) When any common carrier, subject to the jurisdiction of the Federal Communications Commission, is notified in writing by a Federal, State, or local law enforcement agency, acting within its jurisdiction, that any facility furnished by it is being used or will be used for the purpose of transmitting or receiving gambling information in interstate or foreign commerce in violation of Federal, State or local law, it shall discontinue or refuse, the leasing, furnishing, or maintaining of such facility, after reasonable notice to the subscriber, but no damages, penalty or forfeiture, civil or criminal, shall be found against any common carrier for any act done in compliance with any notice received from a law enforcement agency. Nothing in this section shall be deemed to prejudice the right of any person affected thereby to secure an appropriate determination, as otherwise provided by law, in a Federal court or in a State or local tribunal or agency, that such facility should not be discontinued or removed, or should be restored.

To anyone reading that, it's clear that the Wire Act is only concerned about sports betting. The reason it was introduced in the first place was to provide a method to combat organized crime and provide the police a way to arrest criminals who were influential in fixing sporting contests and using phone lines to place horse racing bets. As someone said to me "it was the Al Capone strategy. They could never get evidence on Capone for murder, so they got him on tax evasion, which was far easier to prove. It's difficult to actually pin mobsters with game fixing, but it's easy to set up a sting and catch them taking bets over the phone." In no way was the Wire Act intended to deal with casino games or poker games, which were occurring in the U.S. as well, but were not an instrument of organized crime.

"It will be hard for Sessions to justify how the Wire Act deals with anything other than sports."

2 - The 5th Circuit Court of Appeals ruled in November 2002 that the Wire Act only applies to the transmission of information for sports betting and that ruling was issued when George W. Bush, a Republican, was in charge and John Ashcroft, a starch opponent of gambling, was the Attorney General.

The Bush regime never really addressed that ruling and instead chose to pass a new law in 2006 (the Unlawful Internet Gamblinng Enforcement Act - UIGEA) which they hoped would clarify the Wire Act. The UIGEA, however, didn't actually list what types of bets were legal or illegal, but only demanded that banks not process payments for "restricted transactions," and left it up to the banks to decide what that entailed. And rules of the UIGEA prohibits banks from blocking payments for legal gambling so technically a bank could be fined for blocking payments from New Jersey residents to fund their harrashcasino.com account. So, when Eric Holder, the AG under Obama, decided to finally affirm the 2002 court ruling, thereby allowing states to introduce online gambling provided it takes place completely within the state, he was not making a unilateral decision, this was just an affirmation of the opinion of the U.S. courts. To overturn that decision would be a step backwards and it will be hard for Sessions to justify how the wording of the Wire Act deals with anything other than sports or why the 2002 ruling and the 2011 confirmation of that ruling were wrong.

3 – Banning online gambling and stripping states which have already legally introduced it violates the 10th amendment.

The 10th amendment is very clear that the federal government possesses only those powers delegated to it by the United States Constitution. All remaining powers are reserved for the states or the people. And there is no place in the constitution that gambling, whether done in a physical location, online or by phone, is discussed. In fact, the internet was over 2 centuries away when the constitution was passed. Gambling has always been a right of the states and online gambling should be no different, as it is just an extension of that right.

4 – The President-elect is in favor of online gambling.

Donald Trump is on record supporting online gambling and made much of his fortune building casinos. He stated that he believes the United States has fallen behind other countries because they have not supported online gambling and he believes gambling is natural because it encourages winning. More importantly Trump has indicated on numerous instances that he strongly favors the 10th amendment and believes the states should pass their own laws on issues such as abortion, gay marriage and marijuana legalization. It is very unlikely that Trump would support a motion making it a federal crime to run an online casino and Sessions as the AG, is duty bound to support the will of the president.

5 – Sheldon Adelson is the only reason anyone on Capitol Hill even wants to get involved in the discussion of online gambling.

When Sheldon Adelson originally looked at ways of offering online gambling to support the Las Vegas Sands casinos there was no outcry from anyone in the Republican or Democratic party. But Jason Chaffetz, Marco Rubio and Lindsay Graham only came on stream when Adelson asked them to. Adelson determined that he would not be a top dog with an online casino and was worried that online gambling would cannibalize revenues for the Venetian and Palazzo. So, Adelson set up the website stopinternetgambling.com, hired on cronies to justify the unjustifiable position and "encouraged" Republicans to support his claim by introducing RAWA (the Restoration of America's Wire Act) on Capitol Hill, an act which aims to take the country back to 2001, a time prior to the 5th Circuit Court ruling where there was no decision on what the Wire Act really meant and put the government in a position to interpret how that law relates to the Internet. And no doubt Adelson hopes the new courts will introduce a new decision suggesting that the Wire Act does include all forms of gambling and hence is illegal. But if that does occur, it could put the Republican Party behind the 8 ball and many Republicans know this and are thus not in favor of this new bill. In fact, some of the biggest opponents of RAWA are Republicans who are worried that if RAWA gets through in violation of the 10th amendment, and if prior court rulings can simply be ignored, then a future Democrat president could use the same logic, using RAWA as a precedent, and pass a law to ban guns and violate the 2nd amendment. They would simply have to take the country back to a time prior to the first determination by a court that the 2nd amendment applies to all citizens and pass a new opinion that the 2nd amendment is only meant for the military thereby making owning guns by regular citizens illegal.

More importantly, while Adelson is a huge contributor to the Party and may believe they owe him, it is Sessions' job to determine what is legal and just and in the best interest of the American public when determining how to proceed and Adelson's contributions should have no bearing on that decision.

The Trump administration takes over in just 3 days' time and all eyes will be watching. Let's hope that for this issue common sense will prevail and Jeff Sessions, at the bequest of Trump and his advisors will announce that in the area of online gambling, things will not change.