Hartley looks at how location restrictions and compliance software for Internet betting sites is infuriating for sports bettors and casino gamblers.

Restrictions at licensed online betting sites in the U.S. and Canada are frustrating gamblers.

One of the rules of every jurisdiction where online gambling is licensed and regulated in North America is that bets must originate in the state or province where the player is registered. If a player crosses state lines and can place a bet, it can result in large fines for the gambling site, as that is a violation of the Wire Act in the United States and AGCO regulations in Ontario. New Jersey has handed out several fines to large sites including PokerStars, GVC, and GiG for geolocation violations and Carousel was fined $80,000 by Colorado for geolocating violations. More recently DraftKings was handed a $150,000 after a Florida man was able to place a bet in New Jersey using an online VPN. 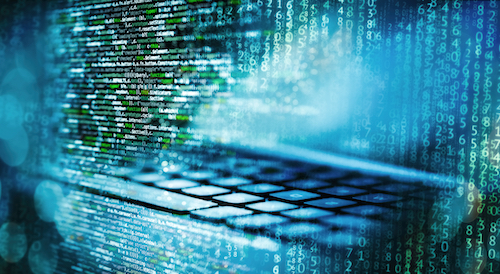 As a result of these growing fines and threats, many online sportsbooks and casinos have gone to great lengths to ensure that geolocating is effectively guaranteed, although some have been more stringent than others. The most commonly used method for geolocation is Geocomply’s software called Geoguard, but players have complained that the program is so sensitive that it is virtually impossible to place a bet.

"I have given up trying to place a bet at Bet365,” one Ontario resident who lives in a suburb of Toronto told me. "Whenever I log in I get the message 'you need to be in the province of Ontario to wager with Bet365'. I am in Ontario and haven't been out of the province since the pandemic started two years ago but I can't seem to get the program to recognize my location. I have done every step both Bet365 and Geocomply's support have told me to no avail. I tried with Wi-Fi, with just mobile data, on different devices etc. and it still gives that message. There were a couple of times it finally recognized my location, but as I placed a bet it started spinning with a message 'confirming location' and kicked me out with the same message that I wasn't located in Ontario. I also have accounts with Pointsbet, BetMGM and BetCaesars and I can get into those with no issue, but unlike Bet365, I’m not forced to install Geoguard, so obviously what they are using for geolocating is far better."

Players with FanDuel in various jurisdictions have found the same thing. I spoke to a colleague in Pennsylvania who said that SugarHouse and FanDuel keep kicking him out and one player in New Jersey said the geolocation issue happens so often that it has made playing with FanDuel a chore.

"My wife loves to play the casino. But it kicks her out every 15 minutes, runs a geolocation check and then forces her to reload the site. Often, the only way to get FanDuel to reload is by restarting the form. She says it’s not much fun. I just bet on sports, but I often have to load the site a few times for it to recognize my location." 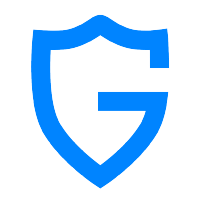 Geocomply's website says that it uses several methods to authenticate location, including a combination of Wi-Fi, GPS, GSM, IP address identification, Bluetooth and mobile device data to locate users on all connections. If one of those methods does not line up with the others, the geolocation will fail, and players will be unable to bet. According to the website, Geoguard can identify remote access tools, such as remote desktop programs and virtual machines down to a code level using proprietary software and device fingerprinting methodologies. The company also says it has a large database of known proxies that will shut down the access if anybody who tries to use one to bypass the geolocating requirements. There have also been indications that when players have tried to use these known proxies, some gambling sites have frozen and banned the player accounts. Geocomply also says it can identify IP Masking and spoofing applications like NordVPN and Cyberghost, as well as device tampering applications such as device rooting, jailbreaking, or code manipulation.

The biggest issue with geolocation failures comes in border cities. Twitter posts by players with accounts in Jersey City, Newark, Erie, Niagara Falls, Ontario and other cities located within 10 miles of the border of another state or province have simply given up even trying, as the geolocation fails almost every time.

I spoke to a spokesperson at one of the largest VPN companies, who asked that his company not be named in this article, who disagreed and said they have the developers and technology to bypass all Geocomply's efforts if that was their goal.

"We make it clear on our website that we don't encourage or promote using our VPN software for illegal activities, but we also know it happens. We can't control what people do, but be assured that we are always finding new proxy servers and use emerging technology that will make it impossible for websites to detect the true IP address. With that said, we aren’t the bad guys. The reason VPNs were created was to protect a person’s identity and to stop security threats. The amount of information that some of these geolocating services utilize is what’s criminal. No one should give access to the amount of information that is required by some of these geolocators. The best hackers in the world can access that information and steal your banking information, social security number etc. It's not worth it."

Most bettors, however, don't care about the hows or whys they are being blocked, but rather just want the ability to bet without constantly being kicked out or being blocked altogether and they don't understand how with some sites they can log in no problem, and with others it is a nightmare.

"Trying to get in or stay connected with FanDuel, Bet365 and LeoVegas is impossible."

"I have never had an issue getting into my BetRivers, Pointsbet TheScoreBet or BetCaesars accounts," an Ontario resident living in Belleville told me, "but trying to get in or stay connected with FanDuel, Bet365 and LeoVegas is impossible. Why can’t these companies learn from the other companies that have stable connections and don’t have such sensitive geotracking on the best solution. Mind you I guess it’s all about competition and no company wants to share their success stories with their rivals."

So, the situation with sportsbook and casino gambling in the United States and Canada is at a bit of a crossroads. Websites are being licensed almost everywhere thanks to changes to the laws in both countries, but there are obstacles. The fines to gambling companies for anyone able to bet illegally from a different location is so high that many websites have implemented sophisticated software to identify illegal betting, but in the process, they have made placing bets or playing games for many clients quite difficult and frustrating. Yet other competitors have not had the same issues, thus allowing smooth play. Unfortunately, bettors often say the most stringent requirements are at the best and most stable sites financially. TheScoreBet, for example, which seemed to have little issue with allowing residents to play has decided to leave the United States and concentrate on Canada after the Penn National owned company acknowledged that there is little interest for their product in the U.S.

Hopefully over time, all the issues with geolocation software will be solved, whereby players betting legally will not be constantly kicked off or blocked, but sadly, there seems to be a ways to go for that to happen.