Insights and analysis from Hartley Henderson for the five Breeders' Cup races at Keenland on Friday.

A handicapping breakdown of the Five Breeders' Cup races on Friday

The Breeders’ Cup this year returns to Keeneland racetrack in Kentucky. The track held the event in 2020, but due to covid there were no fans in attendance. With restrictions pretty much all gone it will be a completely different atmosphere in Keeneland this year.

European horses won six of the seven turf races in 2020 and they have tended to dominate all turf races held in Kentucky. There is no reason to expect that to change this year. The only American win on turf in 2020 was on the Friday card, when Fire at Will charged in the stretch to beat Battleground handily at 32/1 odds. The lowest priced winner was Golden Pal at 4/5 odds who returns this year. The longest price was Order of Australia who shocked everyone in the Mile winning at 70/1 odds. The Breeders’ Cup last year, held at Del Mar, only saw one double digit upset win, which occurred in the Distaff when Japanese horse Marche Lorraine barely held off Dunbar Road at almost 50/1 odds. Three favorites officially won, although it was really four favorites as Modern Games, who won the Juvenile Turf, was inadvertently scratched in the race when he ran off, but was later cleared to race without odds attached to him. Modern Games returns this year on Saturday in the Turf.

With that in mind here is an analysis of Friday's Breeders' Cup Races which is completely geared to the 2-year olds.

The Breeders’ Cup starts off with possibly the most difficult race to handicap. The race has only been run for four years and trainer Wesley Ward has won the last three, including with Golden Pal. Ward sends out Love Reigns, who will break from the number 2 hole. The second choice in the morning line has two wins in 3 starts with her only defeat occurring in England, when she was beaten by Dramatised, who is in this race. In that race, the Queen Mary Stakes at Ascot, Love  Reigns broke poorly and was coming on well at the end. She trounced horses at Keeneland in her first race though and bounced back with an easy win in an ungraded race at Saratoga most recently. She has been off for two months preparing for this and has only been breezing in workouts since. Dramatised, mentioned earlier beat 20 horses to win the Queen Mary stakes over Love Reigns and The Platinum Queen, which is the morning line favorite. In her last race at York, however, Dramatised was beaten soundly after faltering in the stretch. The Platinum Queen, likely named for Queen Elizabeth’s 70th anniversary on the throne, may be a sentimental choice given The Queen’s passing this year and she also looks pretty good on paper.

Excluding the Queen Mary Stakes, where she got off to a very poor start, she has three wins and 2 seconds in five starts since the Queen Mary, including most recently a win in France in the Prix De L’Abbaye stakes that took place on Arc day. Her biggest issue may be the outside post, which is not the ideal place to be for this race. Of the other horses Speed Boat Beach has the fastest Beyer figure in the race, albeit on dirt, Oxymore has had some good races, including two wins, but the Beyer figures have not been great, and both Persian Force and Mischief Magic have had some useful races in Europe. The most intriguing horse is Tyler’s Tribe who is 5 for 5, all races being run at Prairie Meadows with an average winning distance of over 10 lengths and three wins of more than 12 lengths.  All his races were on dirt, however, and Prairie Meadows is a B track at best. His Beyer figures were good and he could shock, but it’s hard to see a horse that has been racing at a small track in Iowa beating a field of this caliber.

Another difficult race to figure, the Juvenile Fillies this year has no clear standouts like last year. Chocolate Gelato is the 7/2 morning line favorite and rightfully so. She broke her maiden impressively in good time at Saratoga in August and came back to win the Frizette at Aqueduct on a sloppy track a month ago. She has had the best Beyer figures, but this will be her first start around 2 turns. You're My Girl was second in the Frizette and has been supplemented to this race. She won her maiden race at Saratoga by almost 15 lengths, but the time and Beyer figure suggest she didn't beat much in that race. Wonder Wheel has three wins in 4 starts, including a hard fought win at Keeneland a month ago in the Archibald Stakes over Raging Sea and Chop Chop. The latter tends to get away slow but makes a huge run in the stretch. She will have plenty of speed to chase. Of the longshots, Leave No Trace finished 3rd in the Frizette after an issue at the start, but she looked really good in her two prior races, including the Spinway, where she beat Wonder Wheel. Atomically had two good races for Todd Pletcher in Florida and the west coast runner And Tell Me Nolies has won two consecutive graded races, although the Beyer figures suggest she may not have beaten any stellar competition.

Another difficult race with a full field of 14 horses, the Juvenile Fillies Turf is always a toss-up. Despite being on turf, only two European horses have won this race in 14 starts. An argument can be made for every horse in the race. So, I’ll look at every horse from the rail out.

Comanche Country has three straight U.S. wins in California after traveling from Ireland, but in Ireland she was trounced by Meditate, who runs in this race. California horses also perform poorly in this race. Cairo Consort has run all her races at Woodbine and has traded finishes with Last Call, who won the Grade 1 Natalma at Woodbine, breaking her maiden in the process. Free Look appeared great, breaking her maiden at Saratoga, but then lost a hard fought battle with Pleasant Passage in the Ms. Grillo Stakes. Be Your Best was the favorite in the Ms. Grillo, but her first two races were impressive over a good turf course. It’s possible she just didn’t handle the footing well as the turf was yielding in the that race. Spirit Gal won two straight races in Ireland, but she is stretching out and her timeform figures suggest she may be a step below these. Manhattan Jungle has run some good races in France. Delight won her last race at this track and distance, getting a good Beyer figure in the process and did so in wire-to-wire fashion. Trip this time may be an issue in a 15 horse field, if she can’t get 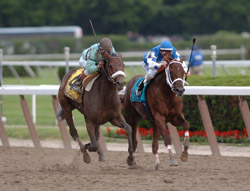 right to the lead. Meditate started her career with four straight wins in England and Ireland and was second in her last two races. She is stretching out to a mile for the first time and likes to be on or near the lead, but Aiden O’Brien wouldn’t have brought her unless he figured she could handle the distance. G Laurie was closing in the Natalma Stakes but had traffic issues. She looked good in her first race, but I don’t believe a race at Colonial Downs means anything significant. Midnight Mile won both her starts in England, including a Group 3 race at long odds. She is stretching out but her style seems to indicate she’ll have no issue handling the longer race. Xigera finished 4th in the Archibald but got bumped late and was making good progress at the time. Basil Martini had some good races in Ireland, but the outside post will make things tough.

This is tough, but I’ll toss out the three Woodbine horses along with the California-raced horse, Manhattan Jungle and all the Irish running horses except for Meditate and use the remainder in the Pick 5.

Unlike the prior races today there is a standout here. Cave Rock is the heavy morning line favorite. He is 3 for 3 in California including a resounding win last time out in the American Pharaoh Stakes. He also has by far and away the best Beyer figures in the field including two races with a Beyer figure over 100 which is unheard of for juvenile horses. Forte seems the biggest challenger having won the Hopeful Stakes and in that race he beat Blazing Sevens who came back to win the Champagne Stakes in New York over Verifying fairly easily. National Treasure who finished 2nd to his Bob Baffert trained stablemate Cave Rock in the American Pharaoh seems the only other upset chance.

A race that has been split between the Americans and Europeans, there are only two European runners in 2022. Godolphin stables has won this three times and they return with Silver Knott, who is the morning line favorite. The horse has three wins in 5 races, including a neck win in the Group 3 Autumn Stakes at Newmarket, but that race could prove an important one as the runner-ups returned with a victory. The 102 Timeform rating also 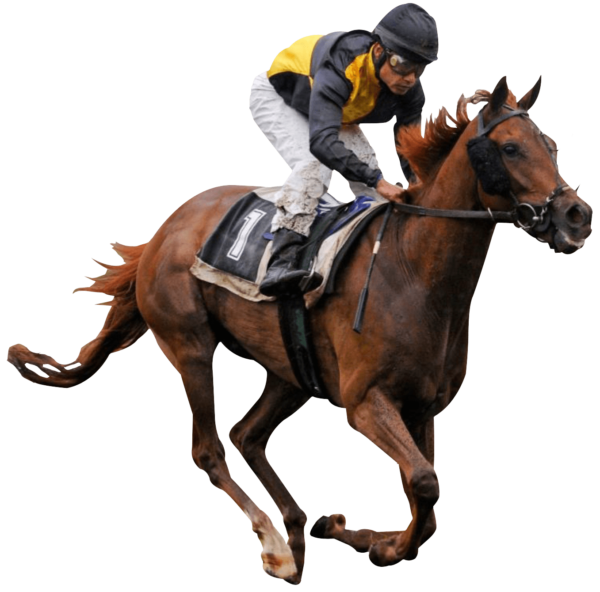 indicates it was an impressive win despite the winning distance. Victoria Road, the other European horse, started his career slowly, but has won three straight races for Aiden O’Brien and Roger Moore, who can never be ruled out . He gets the rail which may not be a bad spot for this runner. Of the American entries, Andthewinneris won at Keeneland with a big charge. The only question is whether that was truly indicative of his abilities, as he showed little before that. Packs a Whalop has won three straight races in California, including a Grade 3 and has put up good Beyer figures in the process, but California horses have struggled on turf in East coast races. I'm Very Busy won his first race at Saratoga with a huge charge and looked set to win at Aqueduct last time but flattened out in the stretch in the Pilgrim Stakes. He got bumped at the start though, which could have hampered his chances. Major Dude won the Pilgrim Stakes but showed nothing before then, making me believe that the race was an anomaly. Nagirroc won his maiden and the Futurity Stakes at Aqueduct handily and will be stretching out.

To check out Hartley's selections for every race on the Saturday Breeders' Cup card, click here.