The 2014 midterm elections could be one of the most important elections for American bettors, since there is a very real chance that the Republicans could win control of the Senate - an absolute disaster for gamblers in the United States.

The 2014 midterm elections could be one of the most important elections for American bettors. Sheldon Adelson has poured an extraordinary amount of money into Republican candidates with the aim of ensuring that online gambling is halted stateside and this is a chance for gamblers to strike back. In fact Adelson convinced legislators to introduce a federal bill that would repeal state laws that already allow online gambling and create a federal law that would supersede all state laws. Hence in this article I'm going to highlight five (5) candidates that gamblers should vote against to send a message to Capitol Hill that gambler's rights won't be trampled on.

To anyone who questions whether this is a worthwhile endeavor, they only need to look back at the 2006 midterm elections when poker players at the bequest of the Poker Player's Alliance almost unilaterally defeated Jim Leach. And Jim Leach even acknowledged the poker players' influence indicating had he known how powerful they were he may have reconsidered his stance. The 2014 elections are especially important in terms of the Senate since there is a very real chance that the Republicans could win control of the Senate and it would be an absolute disaster for gamblers in the United States if the Republicans seize control of both houses. It should be noted that I'm focusing on five individuals where votes against them could have some impact. Jason Chaffetz, the House Representative in Utah, for example, is more than 60% ahead of his nearest rival and it's probably easier to convince the Taliban to support women's rights than it is to convince the majority of Utah residents to vote Democrat. As a result Chaffetz is not listed in this article even though he was the co-sponsor of one of the most repressive anti-gambling bills in recent memory and hopefully in the future can be voted out.

Thus, here are five Congressmen that gamblers should consider opposing on Tuesday.

Lindsay Graham – Graham, the South Carolina senator who John Stewart loves to imitate due to his exaggerations and flare for the ridiculous and who made the unfortunate statement that White Men in Males Only Clubs would do well under his leadership, was the Senate sponsor of S2159 "Restoration of America's Wire Act." Unlike Jason Chaffetz of Utah who sponsored the sister bill in the House, it appears that Graham was never all that concerned about online gambling and only agreed to introduce the bill as a favor to Sheldon Adelson in hopes of future sponsorship should Graham ever run for 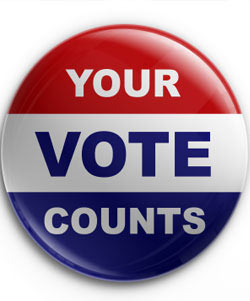 president which apparently is on his radar. The exact wording of S2159 states:

"Restoration of America's Wire Act - Amends provisions of the federal criminal code, commonly known as the Wire Act, to provide that the prohibition against transmission of wagering information shall apply to any bet or wager, or information assisting in the placing of any bet or wager (thus making such prohibition applicable to all types of gambling activities, including internet gambling). States that nothing in this Act shall be construed to: (1) preempt any state law prohibiting gambling; or (2) alter, limit, or extend the relationship between the Interstate Horseracing Act of 1978 and other federal laws currently in effect, the ability of a state licensed lottery retailer to make in-person, computer-generated retail lottery sales, or the relationship between federal laws and state charitable gaming laws."

So the law Graham introduced effectively wants to ban all wagering by phone or internet, force states that have already approved online gambling to change back and effectively kill any chance of online gambling gaining any momentum in the future. Graham also wants to monitor all internet usage by Americans and give all data over to the Federal government. Graham's main opponent Brad Hutto, a South Carolina lawyer, is relatively unknown but he was overwhelmingly supported by Democrats and appears to be far less confrontational than Graham. Early polls had this as a close race but recent polls have Graham up by around 16% over Hutto. But polls can be wrong and even though its' unlikely Graham will be defeated, gamblers in South Carolina can send a message to Graham and Adelson by voting for Hutto and making this a closer race. Some pollsters have this race much closer than 16% and if gamblers can limit Graham to a single digit percentage win it could be quite a powerful statement. Moreover, a close win could convince the Graham campaign to take gamblers more seriously especially since Graham has presidential aspirations in the future.

Rick Scott – The Florida governor race is looking like a barn burner with Rick Scott slightly trailing former governor Charlie Crist. There's no question that bettors can have an influence on this decision and they should consider voting for Crist. While Scott has been a wishy washy proponent for Indian casinos he recently came out opposed to online gambling. Scott met with Sheldon Adelson after his win in 2010 and by all accounts is heavily funded by the Las Vegas Sands' hypocrite owner. Recently he has tried to help Adelson with an endeavor to get a Las Vegas Sands casino built in the state but more concerning is that Scott sent a letter to others on Capitol Hill to support of the Restoration of America's Wire Act stating the following:

"Allowing Internet gaming to invade the homes of every American family, and be piped into our dens, our living rooms, our workplaces, and even our kids' bedrooms and dorm rooms is a major decision. We must carefully examine the short and long-term social and economic consequences before Internet gambling spreads."

"Republicans control of the Senate would be an absolute disaster for gamblers . . . "

It appears Scott sent this letter at the encouragement of Adelson and Florida gamblers need to boot Scott from the governor's chair. Charlie Crist, a former governor, has not made any statements for or against the expansion of gambling in the state although he seems to favor Indian casinos. Most importantly Crist is not in the back pocket of Adelson or beholden to the casino magnate like Scott is. And given Crist's relatively liberal stances in the past relating to individual rights there is no question he is a better choice for those who want the freedom to wager in their own bedrooms.

Nikki Haley – For a while it appeared Nikki Haley was in danger of losing as governor of South Carolina to current Senator Vincent Sheheen but recently Haley has pulled clear. Nevertheless this is a race that could be close and gamblers can send a message in South Carolina by casting their ballots for Sheheen. Senator Sheheen has been pro-choice in various areas from abortion to civil rights and one would assume he would welcome online gambling if the state's electorate asked for it. Haley, on the other hand, a member of the Tea Party recently sent a letter to other legislators asking for them to ban online gambling. Her letter was as follows:

"Allowing Internet gaming to invade the homes of every American family, and to be piped into our dens, living rooms, workplaces, and even our kids' bedrooms and dorm rooms, is a major decision. We must carefully examine the short and long-term social and economic consequences before Internet gambling spreads."

Sound familiar? Of course it is, as it's the exact same letter that Rick Scott sent along with Rick Perry and a vast of other Republicans who are clearly taking their marching orders from Sheldon Adelson. For that reason alone South Carolina gamblers should cast their ballots to oppose Haley.

Martha Coakley – In what appeared to be a barn burner Martha Coakley slightly trails Charles Baker in the race for governor of Massachusetts. Baker is for a woman's right to choose, wants strict gun control laws and is all in favor of same sex marriage. So Baker must be Democrat right? No, actually Baker is a Republican and clearly not a member of the Tea Party. In fact the only areas where Baker strongly supports the Tea Party agenda is his opposition to Obamacare and the desire to keep taxes down. So one may say he's a Republican from the past when the party's platform wasn't geared to dictate personal choice issues but rather for adherence to fiscal restraint. Coakley, the Democrat candidate, on the other hand has many of the same beliefs as Baker but differs in one major area. While Baker has not made any announcements in the area of gambling, Coakley as Attorney General tried to defeat a bill from Treasurer Steve Grossman that would have allowed online gambling in the state. The bill was aimed at opening the doors for the state to look at online gambling as a revenue tool and polls seemed to indicate that the majority of Massachusetts residents were in favor. Coakley, however, in a

typical "won't someone think of the children" mentality issued the following statement in opposing Grossmen's bill:

"Opening the door to credit card gambling will certainly help the big banks, but not Massachusetts families nor local businesses," Coakley said in a statement. "The convenience of gaming online combined with the use of credit cards to finance playing is a recipe for disaster. The potential to run up credit card debt gambling online will further weigh down many of those already struggling to keep their heads above water."

This is the same nonsense Americans have heard from the likes of John Kyl for decades and as a result Massachusetts gamblers should cast their vote for the Republican Charles Baker on Tuesday.

Steve King – While Steve King has been in office forever as both a Senator and Congressman in Iowa, King faces his first real challenge as polls put King and Democrat challenger Jim Mowrer in a virtual tie. Iowa was a state that always seemed interested in introducing online gambling or at least poker to help with revenue generation but thanks to legislators like King the ball never really got rolling. King first voted against gambling in 2006 by supporting the "Internet Gambling Prohibition and Enforcement Act", later to become the UIGEA and has opposed all efforts to bring online poker to the state. In fact when supporting the law in 2006 King made the following press statement:

"If our illegal gambling laws aren't enforced, kids and families can be sucked into illegal, overseas operations and not know that their money is financing drugs, crime or terrorism," said King.

Clearly this sensationalist attitude serves no one and as many are aware online gambling has nothing to do with terrorist financing, it's just an excuse to stop an activity they don't want.

King had a fair side lead on Mowrer but it has shrunk of late and many attribute much of that deficit to the resolve of poker players and the call by the Poker Player's Alliance to see King defeated. A vote against King could be the 2014 version of Jim Leach to once again show politicians that gamblers won't be pushed around.

Everyone's vote does matter on Tuesday and though each candidate has many issues to examine, gamblers can use the guide above to decide if a candidate whose views and political affiliations will affect their personal freedoms is worthy of an appointment . . . or a vote against.