The European Union no longer wants to use its infringement powers to promote an EU Single Market in the area of online gambling services and the effects may reach into and across several borders where countries have attempted to be monopolistic.

About 2 weeks ago the European Union made an announcement that it would no longer enforce infringement rules that relate to online gambling. In the United States or Canada, state and provincial governments determine what is legal in their own jurisdictions and often put in strict rules on how much gambling can take place, if any at all. That decision is often justified because of rules in the state constitution or because of claims of enforcing morality. In Utah and Hawaii, for example, gambling has never taken place because those states deem it goes against their morals, which prohibit the activity. In the EU, however, morality has never been considered as a viable reason for trying to block gambling and as an EU member it is expected that a country's gambling market should be open to all member states.

Despite that rule, countries in the EU have often tried to create monopolies or oligopolies on online gambling to ensure they have total control over what can be offered and more importantly to keep all gambling revenues for themselves. Some of the more well-known instances of this are France which maintains that only the French government can offer gambling services to French residents; Germany which has maintained only sports betting is legal and that only a few licenses that they approve (most from German companies) can cater to the German market; and Spain which for the longest time tried to block any gambling in the country from non-Spanish countries. In each of those instances other member countries went to the EU courts to try and force those countries to lift the rules that block them. For the most part, the EU was successful in at least partially forcing non-complying countries to be less monopolistic. 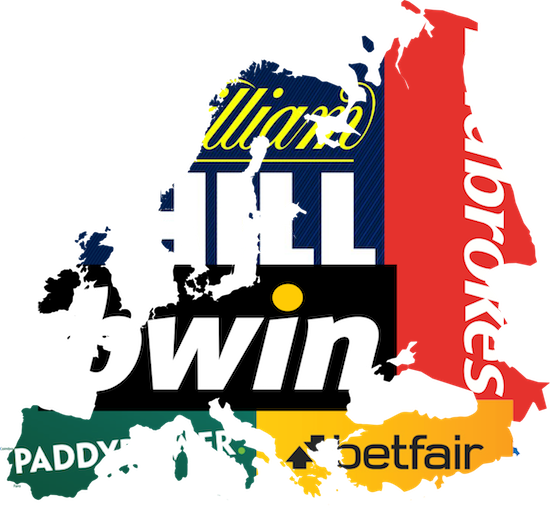 This announcement by the EU, however, will change that. In its press release, the EU stated that it had bigger fish to fry than online gambling and it seemed concerned that its actions could be restricting countries from modernizing their gambling rules. It also said that national courts are better suited to deal with gambling issues. The following was part of the press release:

"The Court of Justice of the European Union has repeatedly recognised Member States' rights to restrict gambling services where necessary to protect public interest objectives such as the protection of minors, the fight against gambling addiction and the combat of irregularities and fraud. The Commission acknowledges the broader political legitimacy of the public interest objectives that Member States are pursuing when regulating gambling services. The Commission also notes Member States' efforts to modernise their online gambling legal frameworks, channel citizens' demand for gambling from unregulated offer to authorised and supervised websites, and ensure that operators pay taxes. With that in mind, it is not a priority for the Commission to use its infringement powers to promote an EU Single Market in the area of online gambling services."

After the announcement was made, the Remote Gambling Association, a trade association for the industry in Europe announced that it was disappointed by the decision.

"The current laws and regulations that unfairly restrict or bar online gambling in many EU Member States represent blatant breaches of EU law. This is what led to the significant number of complaints and the European Commission's decisions to open a range of individual infringement proceedings. In doing so the Commission acknowledged that the Member States involved had at least a case to answer, particularly as they pertain to serious cases of discrimination against online gambling companies that are legally based and licensed within the EU.

The actions of these Member States severely undermine the free provision of services, which is one of the four freedoms guaranteed under the EU Treaty. By taking this sweeping action to drop all of those cases the European Commission has ignored the need for more enforcement effort in a field that is inherently of a cross-border nature and cannot be resolved solely at national level. More fundamentally, in doing so the European Commission has blatantly abandoned its role as a Guardian of the Treaty and this must have wider ramifications for the proper working of the Internal Market."

I spoke with Clive Hawkswood, the CEO of the Remote Gambling Association, and asked if he could provide in layman's terms to a North American market what exactly this decision means:

"Nothing is simple where the EU is concerned! So essentially the EU Treaty is the basis for EU law; the Commission is technically the Guardian of the Treaty and part of its job is to ensure compliance with the rules (so perhaps think of it as the policeman); but in the final instance, any breaches of the Treaty or EU laws can be prosecuted before the European Court.

The Commission's decision is akin to the police saying we have limited resources, so we are not going to pursue pickpockets anymore and we will focus instead on armed robbery. Basically, they will not police these rules for us and, using the same analogy, are telling us that if we want to have a citizen's arrest and go after pickpockets ourselves then we can still haul them in front of the courts. So, the Commission is merely saying that in relation to online gambling and the Internal Market it will no longer police the rules."

I asked Hawkswood if he believed Brexit had anything to do with the decision, given that the UK is the largest gambling market in the European Union, so the EU decision was a reaction to the fact that the UK will no longer be relying on them as a non-EU country so they have less reason to be involved.

"It had nothing at all to do with Brexit. It was more an administrative and political decision: some of these cases were years old and the EC was unlikely to ever take strong action against Member States where gambling is concerned.

(As for the UK no longer being in the EU) we're not really expecting it to make much difference. As you'll have seen from the recent actions of the Commission, the EU has hardly provided much assistance in breaking down barriers and the reality is that where online gambling is concerned we moved our focus many years ago to individual EU countries rather than seeking any EU-wide solutions. Being outside of the EU won't affect that and pretty much all of our members are multiple licensed, so if any benefit is bestowed on operators who hold licences in EU jurisdictions then instead of relying on one from the UK they could still bring into play licences in Denmark, Italy, Spain, Malta, Romania and so on. It will also have zero effect on the UK Gambling Commission."

The last questions I asked Hawkswood is how many cases were outstanding, whether the decision will convince Germany to revisit its recent decision to open sports betting licenses to more non-German companies since that decision was clearly made to appease the EU who were threatening them with enforcement as it breached EU rules and what effect he believes it will have going forward:

"I'm afraid I don't have a full list of the cases. We had half a dozen and I understand there were about 30 in total. Regarding Germany, I'm not sure they've really taken much notice of the EC at any stage, but I don't expect the licence number issue to be revisited; even if it's not what they wanted at the outset I'm hopeful they now know it's the right decision.

"It's important to recognise that the closure of the cases is no reflection on their legal merits, so we still have the options of challenges in national courts the European court. It's hard to know how countries will act now with new laws but it's hardly going to encourage them to be compliant. However, we are not expecting any existing regimes to reverse what they've done. That includes France."

So, the gambling sector in Europe has now lost its biggest asset in trying to get countries to comply in gaining them unfettered access to all markets. While it may not have a major impact in the short term, it could have long term implications when countries try to make protectionist decisions and there is no entity in place to force them to abandon those plans. The one surprising and fortunate development for gambling companies, and UK based companies in particular, is the seemingly changing attitude in the United States. Paddy Power-Betfair and William Hill already have a presence in New Jersey and Nevada respectively, and if the U.S. Supreme Court announces the repeal of PASPA next year as expected, it is likely companies like Ladbrokes, Bwin and Party Gaming will enter the U.S. market looking for a license for sports betting as well. It is also quite likely that the Remote Gambling Association will help in the process if likely. It's both a frustrating time and an exciting time for gambling companies throughout the world.