Cereus Poker repayments get delayed as remittances are low

A look at why Absolute Poker and Ultimate Bet players are being forced to wait a bit longer to be repaid.

The deadline to file for remittance has been extended three months

Last week the deadline passed for people to submit claims for reimbursement of their balances at Absolute Poker and Ultimate Bet, but Garden City Group (GCG), the company handling the reimbursements, extended the deadline for 90 days until September 7th. GCG didn't give a reason for the extension, although a liquidator that has dealt with these types of issues before told be that that the only reason there would be an extension is that GCG isn't happy with the number of submissions for reimbursement made and they are looking for better numbers to justify their fees. Typically, the claims administrator is paid based on the number of claims it has to process, so lower claims means less money. And no doubt the U.S. government wants more claims to be submitted so it can be rid of the file for good. 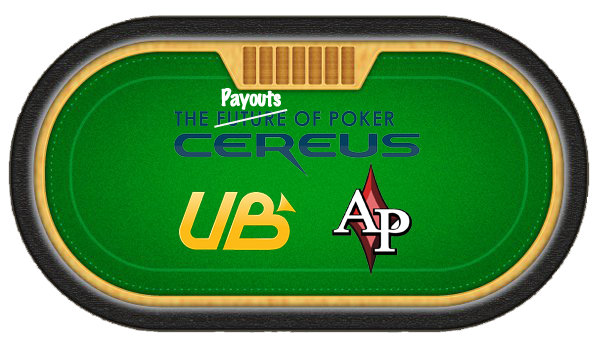 The press statement was as follows:

"Joon H. Kim, the Acting United States Attorney for the Southern District of New York, announced today that the United States has retained the Garden City Group ("GCG") to oversee a process for compensating eligible victims of a fraud committed by Absolute Poker against United States players who were unable to withdraw funds from Absolute Poker following the Office's filing in 2011 of a civil money laundering and forfeiture action against Absolute Poker and others in United States v. PokerStars, et al.

When the announcement was made I asked a contact with connections to the DoJ why he believed they chose to pay back players at the time (April of this year) and he said that the government was satisfied that the Full Tilt Poker claims were put to bed, i.e. there would be no more remissions for reimbursement, so the additional $80 million that was designated to pay back Full Tilt players could be used to pay Cereus players as well. Moreover, a new Republican government was just elected so the new Attorney General wanted a clean start, which meant clearing out any outstanding issues left over from the Obama administration and this was one of them. The return of Scott Tom to face charges and information he provided the DoJ when interviewed no doubt helped the DoJ in making that decision also.

So, if indeed the reason for the extension is that submissions are so low, then why is that the case?

According to reports I read, the Cereus sites had over 2,000 American players on the books, but estimates seem to suggest that less than 10% of that amount has submitted a claim. Obviously, there's no way of confirming that figure, but it seems reasonable.

There are five likely reasons why submissions are low.

The first reason relates to knowledge about the reimbursements. When Full Tilt repayment was arranged, it was advertised everywhere and pretty much everyone in the poker industry knew exactly where to go and what to do to get repaid. But this announcement was made without any real fanfare, so it's quite conceivable that a lot of people with balances at the sites simply do not know about it. Whether GCG is prepared to go the extra mile to get the word out in the next three months is uncertain.

A second reason is that customer information on file may be old or outdated. Addresses, phone numbers and emails change so any correspondence sent by GCG may have bounced back.

A third reason (and probably one of the main reasons is that remission reqeusts may be so low) is that submitting for reimbursement may be deemed not worthwhile. I recall speaking to a Full Tilt customer about 3 years ago who told me he never submitted a request for reimbursement because the time and effort to fill out forms wasn't worth the $25 in his account. And I have no doubt that the majority of Cereus customers had very small balances. Most people I knew with larger balances withdrew the majority of their funds following the cheating scandals and only kept a pittance in there for the occasional tournament. I know of only one person who had over $1,000 in his account and he did submit a claim to CGC for reimbursement of his Absolute Poker balance.

A fourth reason is that undoubtedly many the accounts are probably dummy accounts that aren't connected to real people. This is common at all gambling companies, but particularly in poker. It isn't illegal or unethical and is absolutely necessary if the number of customers is small in order to fill tables. If a poker site offers a $5,000 guaranteed tournament but only receives $4,000 in buy-ins then they aren't going to run a game they know they'll lose money at. Instead they fill the remaining spots with dummy accounts (bots) and any money the bots win goes back to the poker site. Poker professionals always tell me they can spot bots at the table based on their gameplay and lack of chatter and most poker professionals prefer playing against these bots because the bots play on a pre-programmed system which they can crack. "Nothing beats instinct and common sense" poker professionals have told me, but the bots have neither. So, if the number of customers at the Cereus sites declined dramatically as expected, no doubt the companies had to create more dummy accounts to fill tables.

"Some players may have chosen not to submit for reimbursement due to fear of the government . . . "

Lastly, some players may have chosen not to submit for reimbursement due to fear of the government and particularly the IRS. This last reason isn't unique and it's the main reason so many NETeller customers never filed a claim for reimbursement following the seizure of funds in transit by the DoJ in 2007. I wrote extensively about NETeller back then and two gamblers with 6 figure balances and one with a 7-figure balance utilized all their resources including p2p transfers to friends to get money out of NETeller in the 2 days from when NETeller said they would be cutting off U.S. customers to when they froze American accounts. And none of the three bothered to submit a claim to Navigant Consulting in June of 2007 because they didn't trust the American government. And even some people with smaller balances wrote to me and said they wouldn't be submitting a claim for reimbursement because they were certain the IRS was taking notes. And many will recall Navigant said it was surprised the number of claims was so low. In the end, it doesn't appear there was ever any reason for concern with Full Tilt, NETeller or even BetOnSports, as the U.S. government didn't have a hidden agenda. But when it comes to taxes and suspicion of government motives, many Americans will not take chances.

So, the process remains open and I have no doubt the GCG will get a few more claims for reimbursement. But, I also don't expect it to rise much. There doesn't seem to be any other Americans owed money due to seizures, so whether the DoJ turns over the balance of the $80 million that doesn't get claimed to the Treasury to use in general revenues or whether it earmarks it for gambling programs and possibly addiction treatment is unsure. But once the Cereus payments are halted for good, that unfortunate chapter will be over and the government can move on with its own agenda, which possibly could include federal changes to gambling laws, including poker and sports betting.